Classic off-road vehicles and trucks from all sorts of American manufacturers are worth big money today. They’re worth significant amounts of money in particular when they are perfectly restored and look brand-new. This 1979 Ford Bronco Ranger XLT 4×4 available on eBay is probably cleaner than it was the day it rolled off the assembly line in Michigan.

The classic Bronco is brown and beige two-tone with the same colors in the interior. Power comes from a modified 351 cubic-inch V8 engine backed up by a three-speed automatic C6 transmission. One of the best parts about these older Broncos is that the hardtop on the rear half is removable. This example also has a row-down window, 15-inch polished aluminum wheels, 33×12.5 Mickey Thompson Baja ATZ tires, spare tire, chrome bumpers, rear hitch receiver, and perfectly polished trim all around.

The 351 cubic inch engine features an aluminum Weiand intake manifold and a Holly four-barrel carburetor meant to give it more power and performance. The brown and beige interior features a front split-bench seat with shoulder belts, full-down rear bench seating with lap belts, brown carpeting, and plenty of woodgrain accents common in vehicles from the late 70s and 80s.

The 1979 Ford Bronco is just as clean underneath, with the chassis in perfect condition. It looks as if the vehicle hasn’t been driven at all since it was restored. It’s worth noting that it doesn’t appear the engine or transmission in this Bronco is original. They’re both listed on the eBay listing as coming from different years. 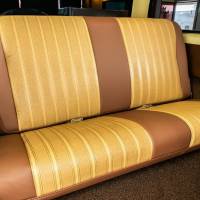 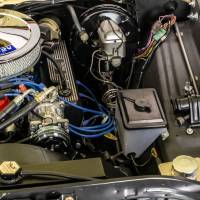 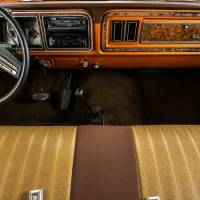 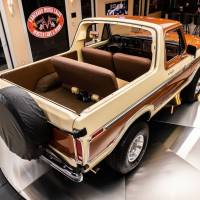 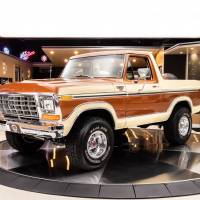 While classic car buyers often want numbers matching vehicles, the fact that the engine and transmission are apparently from a different original vehicle hasn’t lowered the price much. The eBay seller is asking $79,900 for the classic Ford.