IBM’s ThinkPad has been one of the most iconic names in the laptop market and its keyboard is just as memorable both for its quality as well as its red nub. Some fans love that keyboard to the point they wished they could use one even on their desktops or when their actual ThinkPads are docked and away from reach. That’s why Lenovo created its line of external ThinkPad TrackPoint Keyboards, the latest of which takes a step forward but also bids farewell to a long-time staple feature.

Some people hold religious wars over keyboards, especially when it comes to mechanical ones. IBM’s and now Lenovo’s ThinkPad laptops aren’t mechanical but they have earned a massive following for largely because of its keyboard. That’s also the reason for much of the ThinkPad Keyboards’ success in the accessory market, enough to warrant a new Keyboard II model.

The new TrackPoint Keyboard II sports a new design that is more in line with Lenovo’s ThinkPad X1 design and key layout. Of course, the TrackPoint is still there, hence the name, and the mouse buttons at the bottom. Those not used to having no trackpad, however, will always find these keyboards strange. 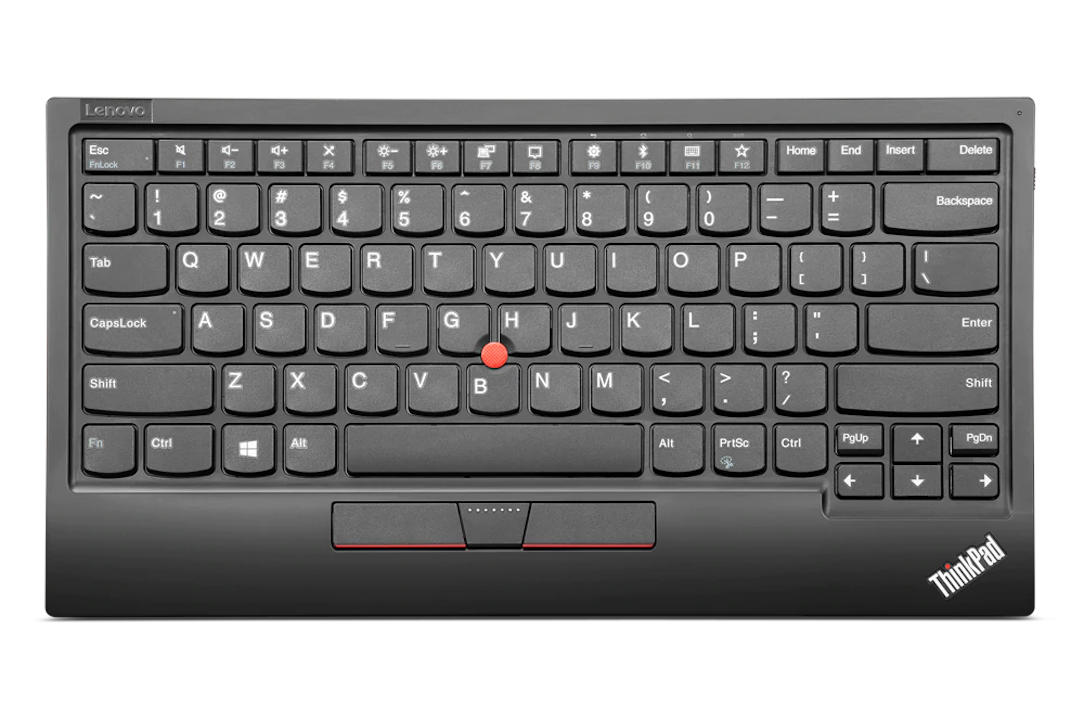 The biggest change, however, is the way the keyboard connects to devices, both PCs and Android phones or tablets. The keyboard still connects via Bluetooth and a 2.4GHz Wireless Receiver depending on your preference. For the first time, however, Lenovo has opted out of a wired connectivity option.

The USB-C port, upgraded from the previous gen’s micro USB, is simply for charging now. The Lenovo ThinkPad TrackPoint Keyboard II is now available for purchase for $99.99 to give you your ThinkPad keyboard fix. Don’t expect it to arrive on the same day, though, as Lenovo advises a waiting time of 5 to 7 business days, without considering other delays due to external circumstances like the COVID-19 pandemic.