Lenovo has introduced two new workstation PCs for creatives, engineers, and others in need of powerful hardware. One of them, the ThinkPad P1, is the maker’s lightest and thinnest mobile workstation with a profile measuring only 18.4mm and a weight under 4lbs. Lenovo brings its iconic ThinkPad style to the P1, as well as a roster of high-end hardware including 8th-gen Intel Xeon processors.

The ThinkPad P1 mobile workstation is designed for professionals who can’t be restricted to a desk. The laptop frees users to get serious work done while away from the office, offering an ultralight weight of only 3.76lbs despite the large 15.6-inch display, which is offered with both Full HD and 4K UHD Touch options.

The 4K display option boasts 400nits brightness, 100-percent Adobe color gamut, and 10-bit color depth, making it suitable for visual creatives including photographers and graphic designers. Under the hood lies an 8th-generation Intel Xeon processor joined by an NVIDIA Quadro P2000 GPU, up to 64GB of RAM, and up to a 4TB SSD.

Lenovo has packed a variety of ports into the ThinkPad P1, including a 4-in-1 SD card reader, Thunderbolt 3, USB-A, HDMI 2.0, a mini Gigabit Ethernet port, combo audio jack, and a smart card reader. These are joined by an IR camera and high-definition webcam. 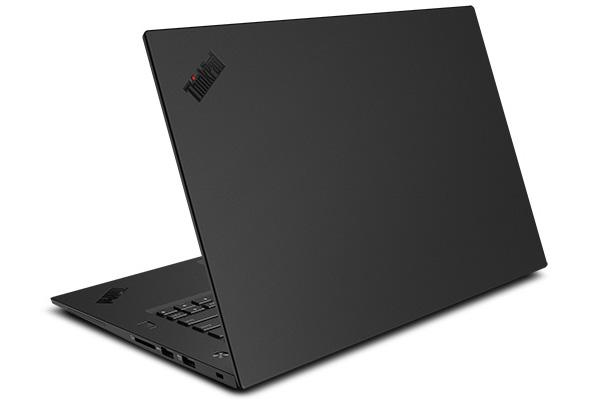 As with other Lenovo laptops, the ThinkPad P1 is MIL-SPEC test across 12 categories and 21 procedures, subjected to more than 200 other quality checks. This model has an Energy Star 6.1 rating, among other green certifications, and it is joined by a variety of optional hardware and accessories. Lenovo offers buyers a ThinkPad Thunderbolt Workstation dock, a backpack designed for its 15.6-inch laptops, and the ThinkVision P32u Monitor.