NASA has detailed the advanced cameras that will give the Perseverance rover its “eyes” on Mars, a huge step up from previous Martian robots, as it readies the lab-on-wheels for its big trip to the red planet. If all goes to plan, NASA intends to launch Perseverance sometime in late July or early August of this year.

It’ll be the start of a journey that lasts several months, with NASA not expecting Perseverance to land on Mars until February 18, 2021. That landing will be just as dramatic as the launch from Earth, too, using a complex descent system and a series of parachutes designed to shed pace and deposit the rover into the Jezero Crater.

While there’ll be numerous different scientific instruments onboard – plus a helicopter – arguably the one that will have the biggest impact on how Perseverance’s mission is perceived back home is the Mastcam-Z “head” of the rover. While it’s altogether a more modern, up to date version of the equipment the Curiosity rover has been using on Mars for several years now, it has one big advantage. The “Z” stands for zoom. 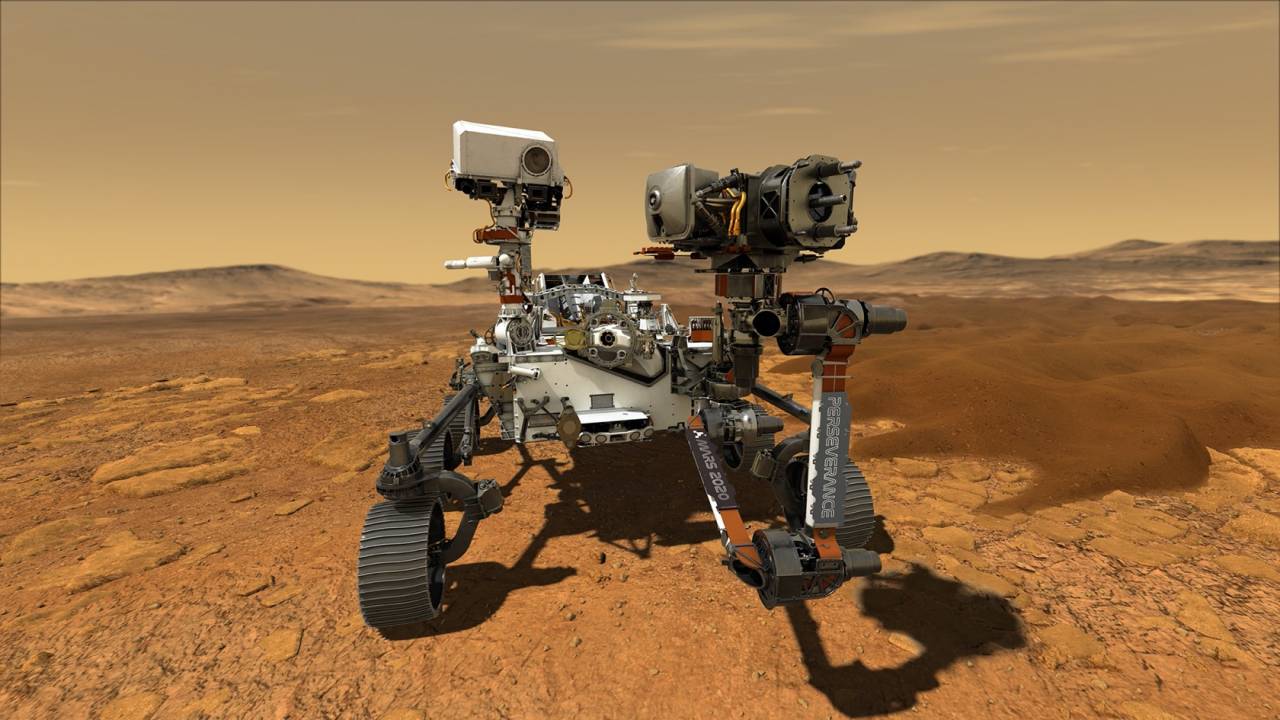 “The original plan was for Curiosity to have a zoom camera that could go out to an extreme wide angle like a spaghetti western view” Jim Bell of Arizona State University, Mastcam-Z’s principal investigator and the deputy principal investigator for Curiosity’s Mastcam, explains. “It would have been an amazing panoramic perspective but proved really hard to build at the time.”

Curiosity still had wide-angle vision, but it was by pairing together two cameras: one wide-angle, and one a fixed telephoto. By combining data from the two, and thanks to their offset lenses, they can be used to create a 3D stereoscopic view. NASA’s Jet Propulsion Laboratory team managing the rover can then use that for navigation purposes back down on Earth.

It’s a time-consuming process, however. For a start, in order to gather as much data as the wide-angle camera does, the telephoto camera needs to piece together as many as nine different shots from slightly different angles. They then all have to be beamed back to Earth, which itself takes time, and then everything composited together.

Perseverance will also have two cameras, but each will be able to zoom. That’ll allow NASA to line up their field of view so that it’s identical on both sides, trimming down processing and transmission time.

The resulting images will have several uses. Beyond any aesthetic merit, they’ll give the team driving Perseverance a better understanding of the terrain the rover needs to cross. Geologists will also be able to use the images to select potentially interesting rocks and formations, building a shortlist of candidates to investigate. Mastcam-Z’s vision is actually much more capable than our own, with ultraviolet and infrared sensitivity that will allow it to better perceive different compositions of those rocks.

Meanwhile the most striking of the images will be shared as Curiosity’s are now, mesmerizing panoramas from the surface of a distant planet. JPL also plans to share those images – and mosaics that amateur image-editors piece together – on a public site, reflecting the fact that Perseverance is on Mars on our behalf, scouting out the red planet in advance of a crewed Artemis mission in the 2030s.