These new Android 11 emoji are getting the perfect Gboard upgrade

Today, as it happens, is World Emoji Day. While that probably doesn’t mean a whole lot to most people out there, it means something to Google, which is revealing a number of new emoji that will go live with Android 11 later this year. As you might expect, the inbound emoji include a healthy mix of people, food, animals, and things. There’s even a tree stump emoji!

In all, Google says that there are 117 emoji arriving with Android 11, all of them approved by the Unicode Consortium. Some of these emoji were revealed earlier in the year – for instance, Google revealed emoji depicting people feeding babies with bottles, people in tuxedos, people in wedding veils, two people hugging, and a slightly smiling face with a tear way back in January. It’s worth pointing out that the emoji depicting people support all gender variants as well, so you’ll see emoji options for men in wedding veils and women in tuxedos.

Beyond those, we’ll see several new food emoji that include boba tea, tamales, and a teapot. Animals will be well represented, as Android 11 will feature bison, beaver, and polar bear emoji. Speaking of animals, the famous Android turtle will be returning in Android 11 after taking far too long a break from the professional emoji circuit. 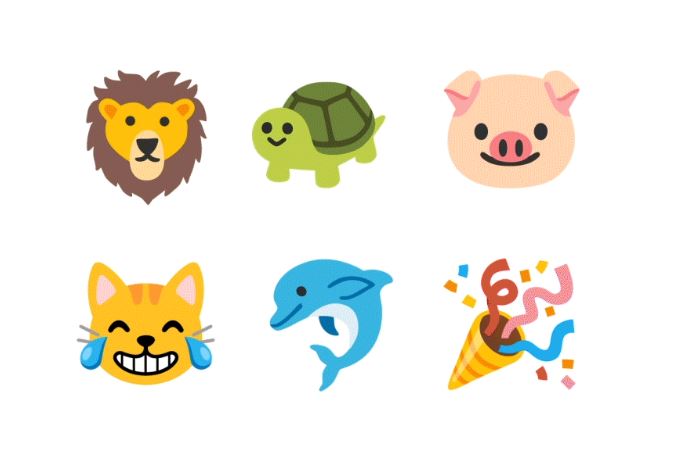 Then there’s the random stuff that’ll be represented by emoji in Android 11. You’ve already heard about the aforementioned tree stump, but you’ll also be able to look forward magic wand, pinata, and even anatomical heart emoji as well.

Google says that the emoji shipping along with Android 11 have been optimized to work well in dark mode too, which is a nice touch. It wrapped up its blog post over on The Keyword by announcing a quick access emoji bar for Gboard today. The quick access bar is entering beta today and will be rolling out to all Gboard users on Android in the coming months, so we’ll keep an eye out for more information on that front.