These are the Instagram filters that get photos the most ‘likes’

You’ve taken the most important step and opened an Instagram account. You’ve followed all of your real-life friends and all of your Internet friends, maybe some co-workers and family members. Your photos get some likes, but not as many as you’d like. It’s a story most people can identify with, one that is easily remedied with the right actions. Chief among them? Start using filters that people actually want to see.

It takes a bit of skill and artistic inclination to figure out the best filters for your particular photos, and that itself will partly depend on the photo’s lighting. Something with ample shadows probably won’t be improved with a dark filter, and similarly a photo with a bunch of bright spots probably shouldn’t have a fade applied.

That said, it has become clear over the years that there are some Instagram filters people like more than others. We know this just by scrolling through our feeds and identifying, over time, which filters show up most often. What is less readily apparent, though, is how the likes are distributed across these photos and, perhaps, these filters. Do certain Instagram filters increase your odds of getting a like.

The answer is yes.

It goes to reason, then, that using these oft-liked filters will increase your own odds of getting likes, but it’s not quite that simple. As with many things in life, preferences and tastes vary based on culture; some cultures lean toward certain filters while others show preferences for different filters. In addition, studies have found that filter preference changes based on the category the photo falls within.

Spoiler alert: America’s favorite filter is unanimously Clarendon. And just to get it out of the way, this is also the #1 filter among Instagram users all across the world.

When looking at #2 filters, though, things aren’t so stable, instead varying based on state. Many states, including Maine, Ohio, Washington, Texas, Oregon, Wisconsin, and Minnesota (among others) prefer Gingham, the top #2. Following is Juno, the favorite in most of New England, as well as California, Colorado, Florida, and Louisiana. Third place is Lark, followed by Mayfair, Sierra, Valencia, and Walden. 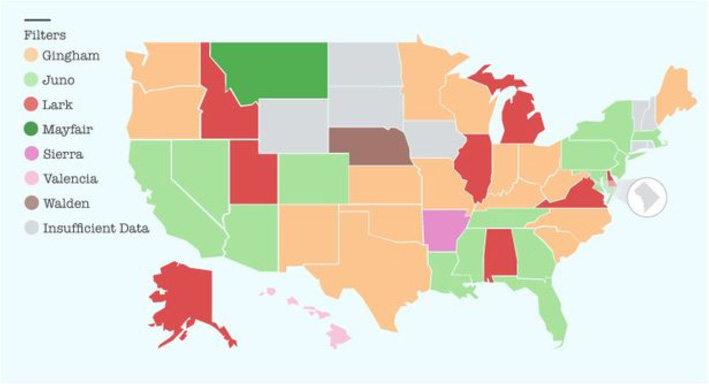 While the third-favorite again shuffles things around, many of the same filters make their way onto the list. There are only some exceptions, including Lo-Fi, Ludwig, and X-Pro II. Gingham, Juno and Lark remains at the top of the list as far as US-favorites go.

Of course, the US is only one small part of the world; how do other countries view Instagram filters? We’ve already spoiled the surprise and revealed that Clarendon is also the global favorite, but what about second-favorite? That depends on country. 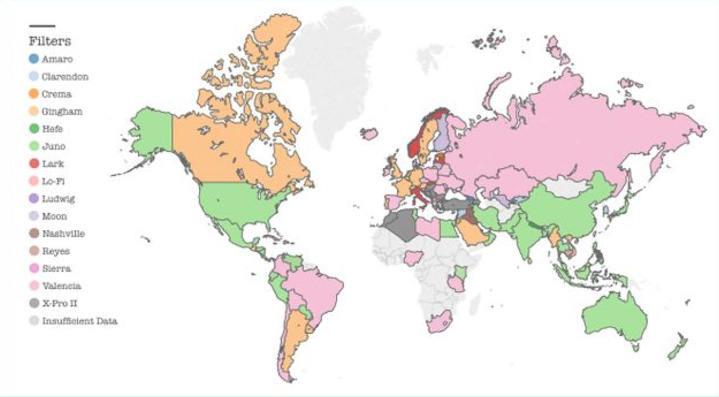 It gets more precise from there, though.

What about categories? As you may expect, people find some filters better for food versus, let’s say, landscapes. Unlike the location-based favoritism, which is based on use, the category-based data is based on likes. Included among the rankings is consideration for photos tagged with #nofilter to indicate that the photo is raw from the camera. How do filters rank by category?

If you’re taking a shot of nature — that is, anything outside like a wide landscape, forest, etc — you may see the highest number of likes if you use Valencia, which got the most likes in this study, or if you keep it natural, as the second-most-liked photos didn’t have any filters at all. Third place is Brooklyn, followed by Amaro, Ludwig, Lark, Earlybird, Rise, Mayfair, and Aden.

If you’re taking pictures of fashion, whether it is models showing off clothes or clothing itself, you may get the best results using Kelvin, as it was the most popular. Coming in second place is Valencia, followed by (in order) Nashville, Skyline, #nofilter, Slumber, Aden, Ashby, Reyes and Inkwell.

One of the most popular photo categories is food, and you’d be well off using its first place filter, Skyline. Don’t like it? Second place is no filter at all, followed by Helena, Slumber, Aden, Brooklyn, Vesper, Sutro, Willow and Inkwell.

Last but not least, we have selfies. Perhaps to the surprise of many, the most liked selfies are the ones that don’t have any filters at all. If you insist on adding a filter, though, you may do well with the second-favorite, Slumber. Following from there, the most liked filters are (in order) Skyline, Dogpatch, Aden, Valencia, Ludwig, Gingham, Hudson and Ashby. 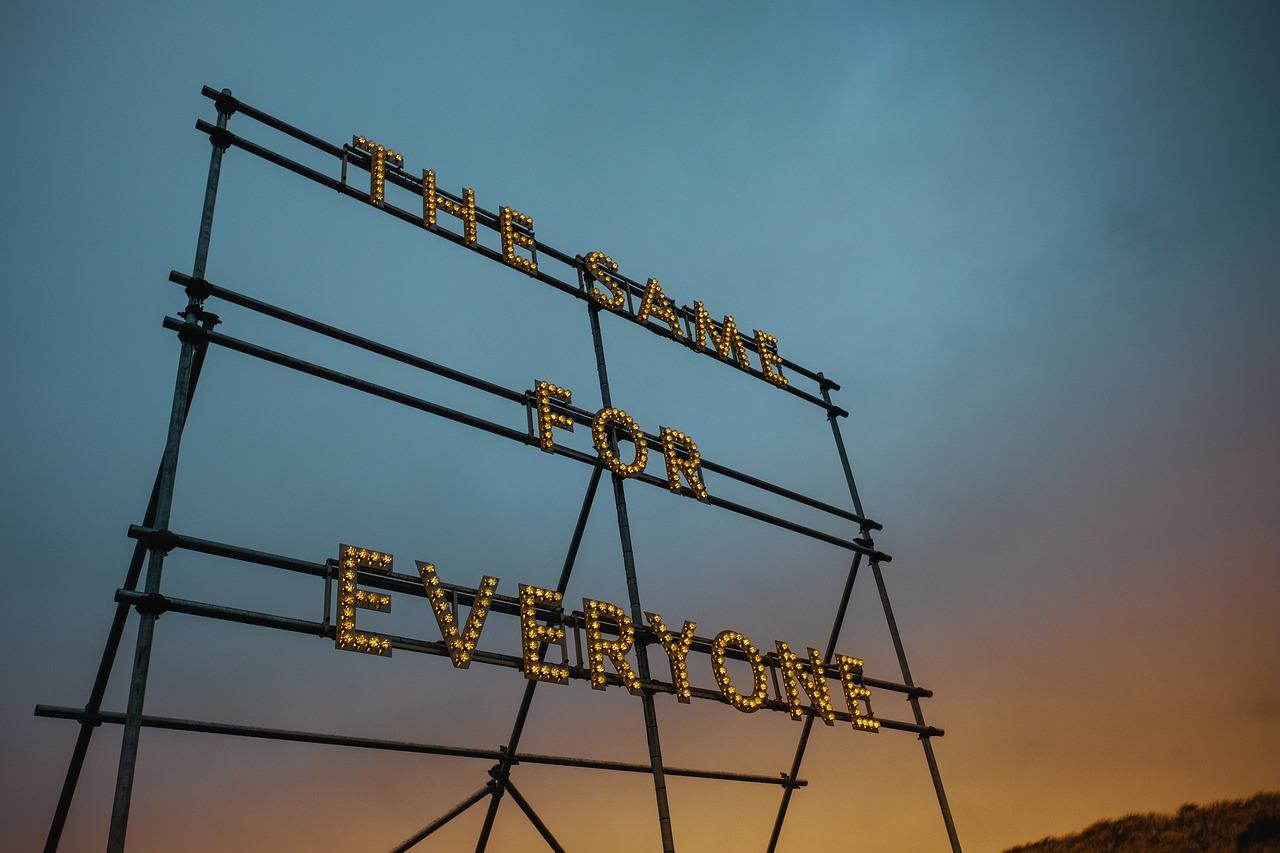 Some Instagram filters are certainly preferred over others, but don’t let this knowledge stifle your creativity. One could argue that Clarendon is the most-used filter around the world because it is also the first filter presented in the app — perhaps many Instagram users are just lazy. At the end of the day, the best filter for your photo is the one that complements it…and if that happens to be one of the most-liked filters, so much the better.

You can view the full study here.