These are the first photos of an exploding star

Amateur astronomer Victor Buso took a photo of an exploding star at a moment never before captured. In the history of humanity, no known photo has ever captured the burst of light from a supernova, and Buso did it, basically on accident. The chances of this photo capturing this moment are one in hundreds of millions.

Above you’ll see images captured by Victor Buso, showing the appearance and expansion of Supernova 2016gkg. Once Buso realized what he’d seen and captured, he shared his findings with UC Santa Cruz astronomers. These astronomers began investigating and recording data immediately. The images of the exploding star are presented above in negative, as captured. Below is a combined set of images animated with their color flipped.

Below you’ll see the image “Supernova 2016gkg in NGC 613.” This photo is part of a set captured by a group of UC Santa Cruz astronomers on Feb. 18, 2017, with the 1-meter Swope telescope (Carnegie Institution for Science, Las Campanas Observatory, Chile). This image was captured not long after Buso’s set. 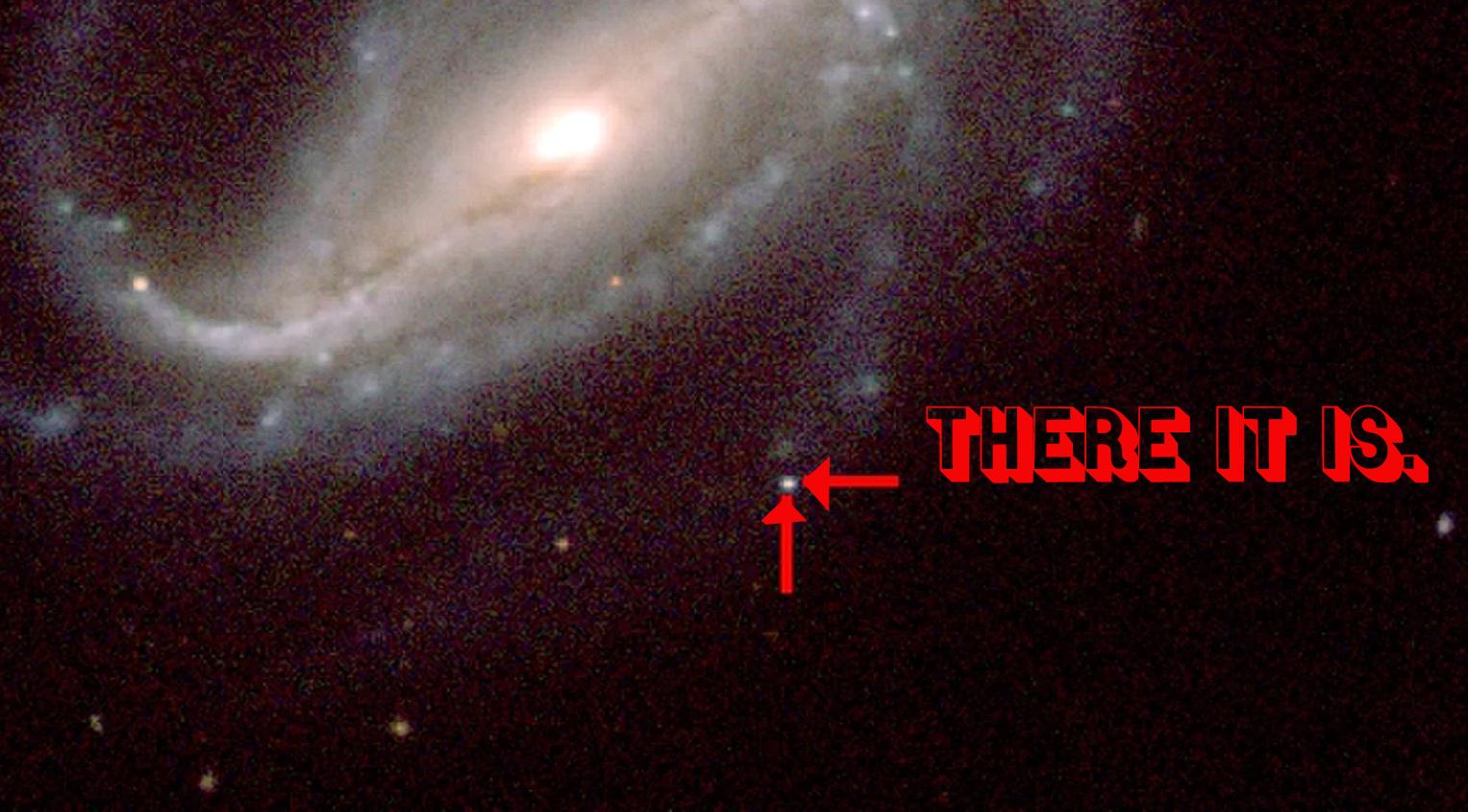 This explosion in spiral galaxy NGC 613 triggered a unique collection of data by a number of researchers, both professional and amateur. The explosion was named SN 2016gkg, a normal type IIb supernova. According to the study, this supernova revealed a “rapid brightening at optical wavelengths of about 40 magnitudes per day.”

In this project, scientists move one step closer to understanding the exact set of circumstances that trigger the supernova explosion – that one moment in time. “We develop hydrodynamical models of the explosion that naturally account for the complete evolution of the supernova over distinct phases regulated by different physical processes,” said the study’s authors in its abstract. “This result suggests that it is appropriate to decouple the treatment of the shock propagation from the unknown mechanism that triggers the explosion.”

“Professional astronomers have long been searching for such an event,” said study co-author Alex Filippenko. “Observations of stars in the first moments they begin exploding provide information that cannot be directly obtained in any other way. … It’s like winning the cosmic lottery.”