There’s apparently a Moto G5S, even a Moto G5S Plus

Just when you thought Motorola was ready to move on to other letters of the alphabet, just when you thought you had one less letter to worry about, here comes new information that Motorola isn’t done with the “G” yet. Despite having launched the Moto G5 and Moto G5 Play not too long ago, it seems that the company might be on the brink of launching a Moto G5S. And, yes, there will also be a Moto G5S Plus.

The leak is extremely light on the details but does have some photos to show. That said, it might be hard to distinguish the Moto G5S from the Moto G5 at first glance. The basic design features are the same, like the protruding camera that looks like a Moto 360, the front-facing home button and fingerprint sensor, and the moto name right at the top.

The differences are subtle but they’re there. For one, the dimple, with its “batwing” Moto logo is back, and so are antenna lines. What’s not immediately apparent here is that the Moto G5S will supposedly sport a full metal body, in contrast to the dichotomy of a metal back and plastic sides of the Moto G5. 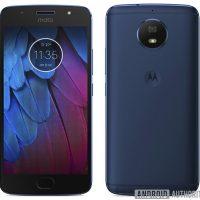 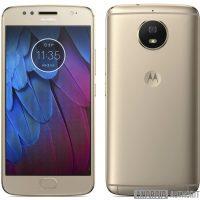 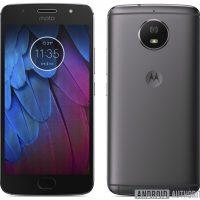 Even more invisible are the internal differences between the two models. The Moto G5S and Moto G5S Plus will have larger screens, at 5.2 and 5.5 inches, respectively. The Moto G5 and G5 Plus, on the other hand, only had 5.0 and 5.2 inches, also respectively. That said, all four share the same 1080p resolution, which means the Moto G5S duo will have a lower pixel density.

Leaked slides indicate that Motorola will be billing the “G” line as its “Unlimited Premium” category, which doesn’t exactly say much, especially with such screens. Motorola will supposedly hold a press conference some time in June, where it’s expected to reveal at least some of its new smartphones. Until then, prepare for a Motorola-flavored, Lenovo-infused alphabet soup.