Today has been a big day for Android, with Google finally announcing the name of Android 7.0 as Android Nougat. With just the name alone, I already feel like we’re closing in on release (though realistically Android Nougat likely won’t be out for another couple of months), so I thought I’d put together a list of the Nougat features I’m most excited about. Keep in mind that isn’t going to be a comprehensive list of all the new features coming in Android Nougat, just the ones I’m looking forward to the most.

Multi-Window Support
At this point, multi-window support is probably the best known Android Nougat feature, but there’s a good reason for that, as Android users have been asking for it for quite some time. I’m currently using a Galaxy S7 and used the Galaxy Note 5 before it, so split-screen functionality is a feature I’m already familiar with.

However, if I decide to shake things up in the future and get a phone from a different manufacturer, it’s nice to know I won’t have to leave multi-window mode behind. Plus, it’s just awesome that this will be a feature that will be baked into Android from here on out, rather than simply an exclusive offering for Samsung’s devices.

The Notification Shade
The whole notification shade redesign looks spectacular, and as someone who frequently wakes up to a ridiculous list of notifications each morning, bundled notifications sound like a gift from the gods of mobile technology themselves. Even with that in mind, I think the thing I’m most excited for with this revamp is the ability to reply to messages from directly within the notifications shade. 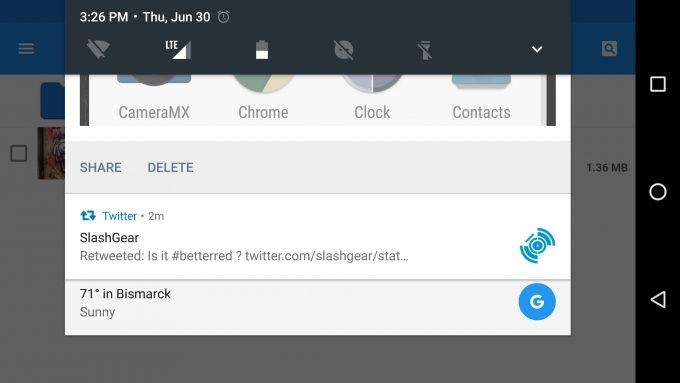 No more reading a message through its notification and then leaving the person hanging because I can’t be bothered to unlock my phone (yes, I know I’m terrible and it’s a wonder people continue to engage me in civil conversation). Basically, I’m excited by the potential of the new notification shade to help me become a better person when it comes to returning texts.

The Changes to Doze
There aren’t a ton of things I can say I unquestionably love in this world. My dog would be one of them. Video games are another, I suppose. My phone’s battery is definitely on that list, though. To elaborate, I love looking at my phone’s battery meter and having it show me a percentage that’s as close to 100 as possible. What I don’t love is putting my phone in my pocket and checking it an hour later only to find that the battery has gone down by 10 or 15 percent. 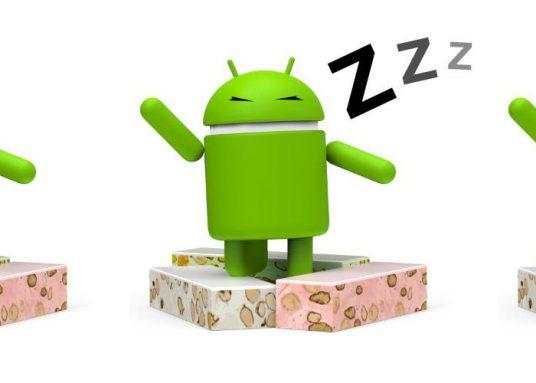 The changes Google is making to Doze sound like they should help with that. In Marshmallow, Doze would only activate its battery-saving features when the phone was stationary. In Nougat, they’ll activate when the screen is turned off, helping me save battery more often. I like that. I may even add it to the list of things I love someday.

Data Saver
I use Verizon, and as many of my fellow users will know, Verizon is expensive. As a direct result of this, I don’t have a lot of data to spare. I also happen to be careless when it comes to monitoring data on my own, much to the dismay of my girlfriend, who monitors our data usage like a hawk and whom I consistently let down in that regard. 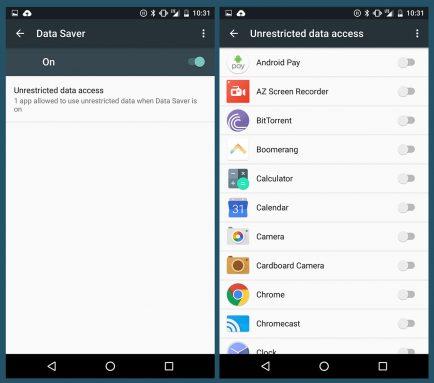 Therefore, anything that will help me pare back my data usage without any major monitoring on my part will be a nice thing to have, indeed. Being able to control which apps have unrestricted access to data and which don’t seems like it will help put an end to my data usage woes. Like multi-window support, I know similar features are already available on a few different Android handsets, but it will definitely be nice to have Data Saver be a feature of Android rather than a feature of a particular device.

The New Settings Menu
In my opinion, the Android settings menu didn’t need much of a rework, as it was pretty good already. We’re getting one anyway, and it certainly sounds like it’s being changed for the better. With the release of Android Nougat, we’ll be getting a settings menu that gives us more information from the get-go. Being able to see how much data I’ve used, or what my Bluetooth situation is, or what my average RAM usage is without having to actually select those options and delve deeper into the settings menu will be a welcome change. 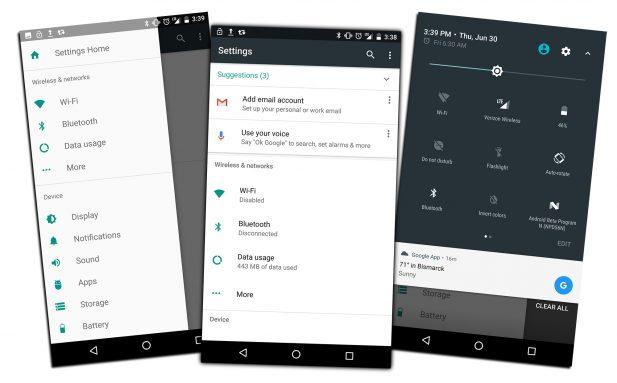 There’s a lot more to look forward to with the newest version of Android, and indeed, these are just a few of the features I’m excited about myself. Hopefully now that we have a name, an official release date won’t be too far off. What features are you looking forward to most?