Xiaomi and OnePlus just recently held polls on whether users prefer “pure Android” over their customized Android experiences of MIUI and OxygenOS, respectively. And while hilarity ensued after the humiliating defeat of the OEM ROMs, the whole incident may have sparked some questions among the Android faithful. Is stock Android what users really want? Do Xiaomi’s hundreds of fans actually know what pure Android is, versus the MIUI that has always bee on Xiaomi’s phones from day one? Do Android users really know what stock/pure Android really is? Considering how “stock Android” have become both a rallying cry and sort of a buzzword, probably not.

What does stock or pure Android really mean? It’s one of those things that will mean slightly differently depending on who you ask. Most will agree that it basically means “no bloatware” or “no customized skins”, but what constitutes the very base of Android isn’t exactly well-defined by this term.

If you want to be really technical about it, the purest form of Android can be found in the Android Open Source Project or AOSP. This is the common denominator among all incarnations of Android, be it an OEM version or custom ROMs. Everyone starts with AOSP and adds stuff underneath (device-specific drivers) and on top (UI layers). 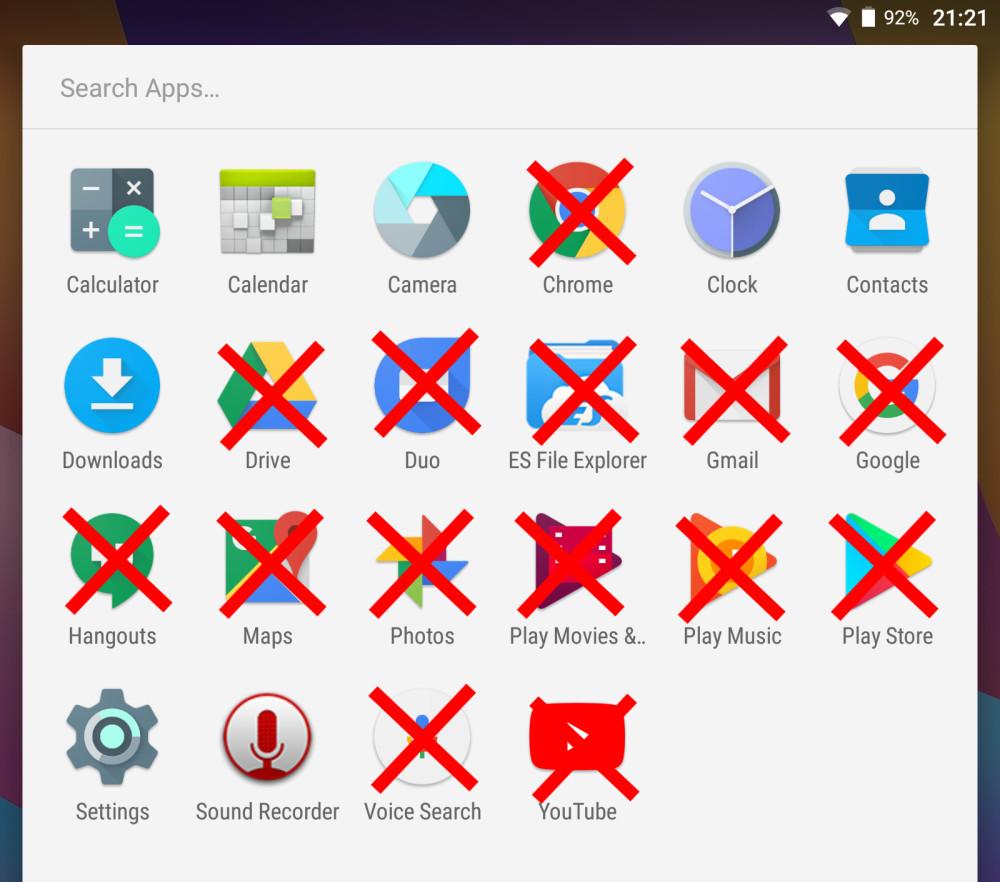 The thing is, AOSP is completely barren and devoid of even the most basic features and apps users have come to expect on smartphones. Launcher3 really only has settings for wallpaper and widgets and nothing more. There are barely any apps that come with AOSP (no music player, for example) and the ones that do are hardly usable (like the browser). So surely, this is not what those voters meant when they say they want “pure Android”.

Some will say equate stock Android to Google’s vision of Android, which is a bit amusing, to say the least. Of course, visions and goals change over the years, but Google’s ideal Android hasn’t always matched what these very same users want from their phone.

Case in point: Google has had a love-hate, and mostly hate, relationship with external SD cards. To date, no Google phone, be it a Nexus or Pixel, has a microSD card slot reader. If Google’s vision for Android were to be followed, Android would have no support for external storage. Google saw such types of storage as a liability and a headache but eventually made a compromise with Adoptable Storage.

Android’s lack of certain features could also be traced to Google’s grand vision. Over time, the company did soften or change its mind and implemented them, though not always to users’ satisfaction. Suffice it to say, if pure Android were to be faithful to Google’s vision of the platform, we might have had a different Android than we have today.

Nexus/Pixel is not stock Android

Others will say that the Android experience you’ll find on Google’s Nexus and, now, Pixel phones is what pure/stock Android is all about. That is indeed closer and better than AOSP to having something concrete, but is it really accurate?

Obviously, the Nexus phones never shipped with just AOSP. They shipped with Google Play Services, which is completely absent from AOSP because of their proprietary nature. They shipped with, Google apps that replaced stock apps like Calendar, Messages, and Browser. And, over time, they shipped with a launcher that also isn’t available for other Android phones. 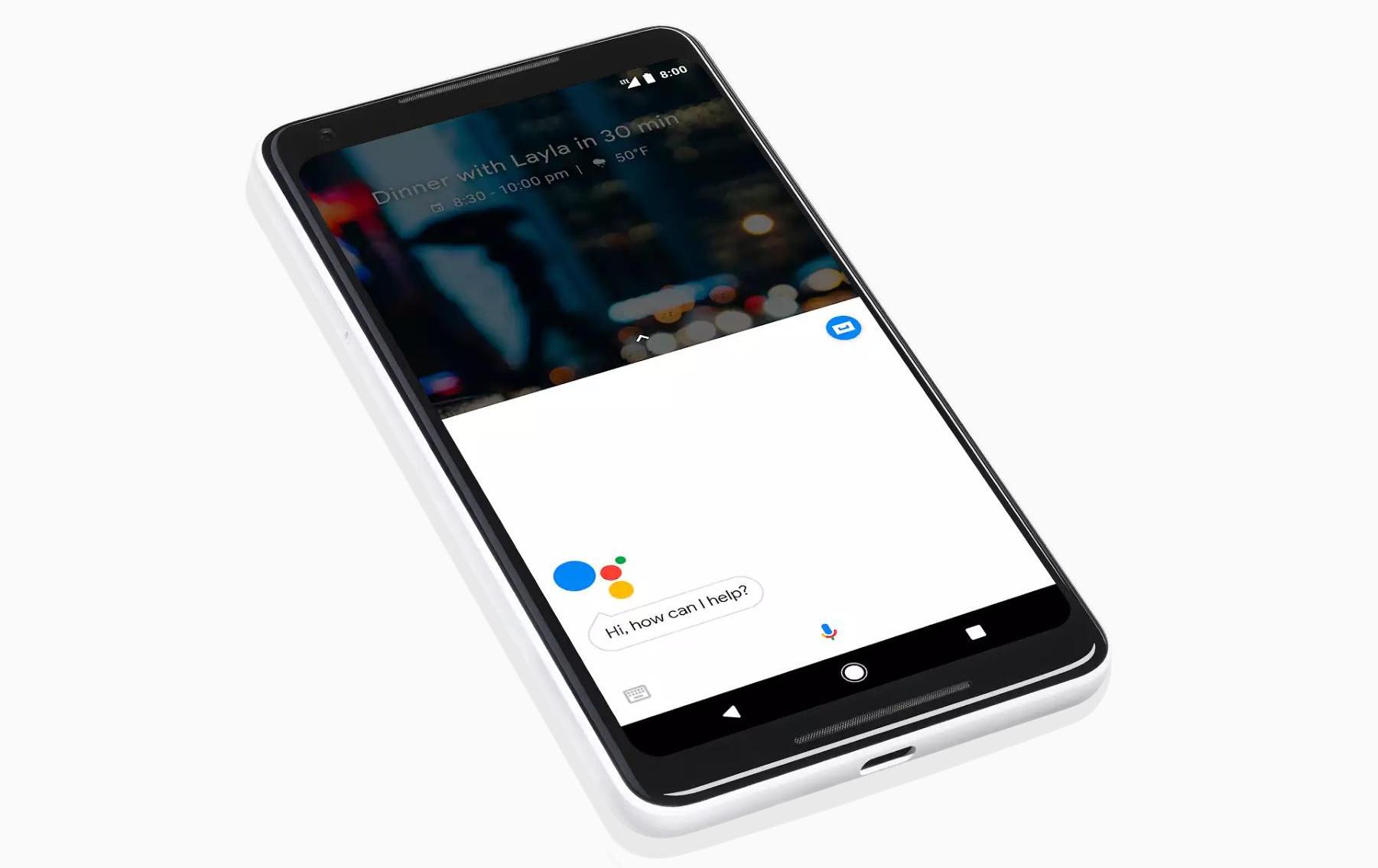 Things have taken an even more curious turn with the Pixel phones. Google basically turned OEM, even in terms of its Android ROM. In addition to Google Play Services, it added a Pixel-exclusive launcher (which eventually got extracted and distributed to other phones), a Pixel-exclusive Camera app, and even Pixel-exclusive features, like, again, the camera. Sure, these changes are a lot less than what the likes of Samsung or even OnePlus do, but it’s hardly pure Android. For lack of a better term, this is practically Google or Pixel Android.

Semantics aside, however, the stock/pure Android experience that users have been demanding can actually be a bit bland. AOSP is bereft of apps and options. And while Nexus and Pixel phones offer more, they’re also pretty basic once you step out of the Google Play apps. Until recently, there was no way to split the screen. And, once upon a time, the Quick Tiles weren’t even user customizable.

There’s also one other aspect to this lack of upfront features. Most of those demanding for a pure Android experience are, more or less, already familiar with how Android works. Either they’ve started with Nexus devices from the get-go or have fled the bloated world of OEM skins. They know exactly what they want and how to get it from the Play Store or elsewhere.

New Android users aren’t so lucky. While iOS has become even more bloated over the years, it still offered a more beginner-friendly experience than what stock Android would have. Of course, the counterpoint is that there might be too many features to all take in at the start, which is true. It’s really a delicate balancing act. 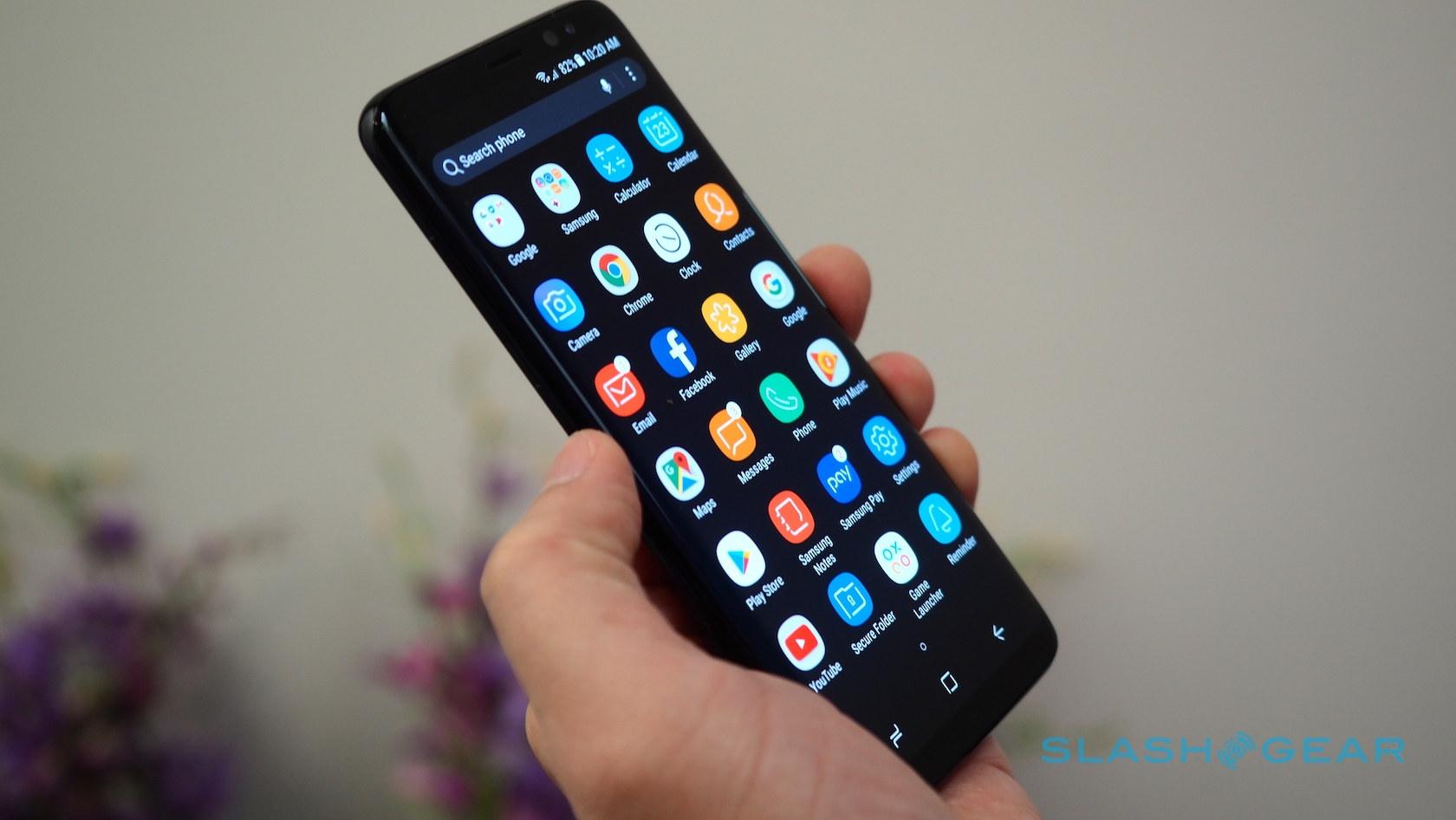 What users are really looking for

So when users ask for a pure or stock Android experience, they might not exactly be asking for one specific experience you’d find in a single ROM. Instead, they’re most likely asking for a set of features or, conversely, the removal of inessential ones. Here are just some of them:

• No bloatware. This is probably the first thing that comes to mind when users think of stock Android. OEMs and carriers have a nasty habit of not only pre-installing apps but also services that run in the background without users knowing about them. That said, some might find Google’s own set of pre-installed Play apps also too much.

• No non-standard, heavy UI. Samsung’s TouchWiz, now called Samsung Experience, is probably the largest culprit here. It has become better but it’s still far from ideal. While custom skins, themes, or launchers aren’t exactly dreadful, some custom user experiences install and run services and apps that use up more resources than necessary. Adjectives like “heavy” and “unresponsive” are usually thrown around when referring to this. Plus, it gets confusing when OEMs do and present things differently from one another.

• Total control. Some users, especially advanced ones, want to be in control of their Android experience. They want to be able to use what they want and throw away what they don’t. The former is mostly easy if the OEM doesn’t prevent it. The latter, however, is almost impossible without rooting, installing a custom ROM, or breaking functionality. Some might not even want to be tied down to Google’s proprietary services, whether directly or now.

These are all valid concerns that any smartphone user would want, whatever their level of expertise with using Android. They aren’t however, antithetical to providing a feature-rich first and default experience that doesn’t go overboard and leaves control in the hands of users. Unfortunately, none of the Android experiences offer that. OEMs definitely would never do that. Google is slowly but surely locking down its Pixel phones (more than the previous Nexus line). AOSP is too barren to be considered a suitable first experience. And custom ROMs, despite being based AOSP, are called “custom” for a reason. That is, they’re not stock either.

So when users ask for a pure Android experience, what they really want is an unbloated experience that gives them total control. They may not have considered that the experience may not have all the basic features users have come to expect from phones. Sure, more experienced users might know what to install and how to do it, but new users would be at a loss. They might even think that Android is less capable than, say, iOS.

OEMs, on the other hand, have thrown in everything including the kitchen sink. In addition to being overcomplicated, very few if not none allow users to rip out their customizations without consequence. Google is probably as close as you can get, but Google doesn’t always see eye to eye with what its own Android users want. 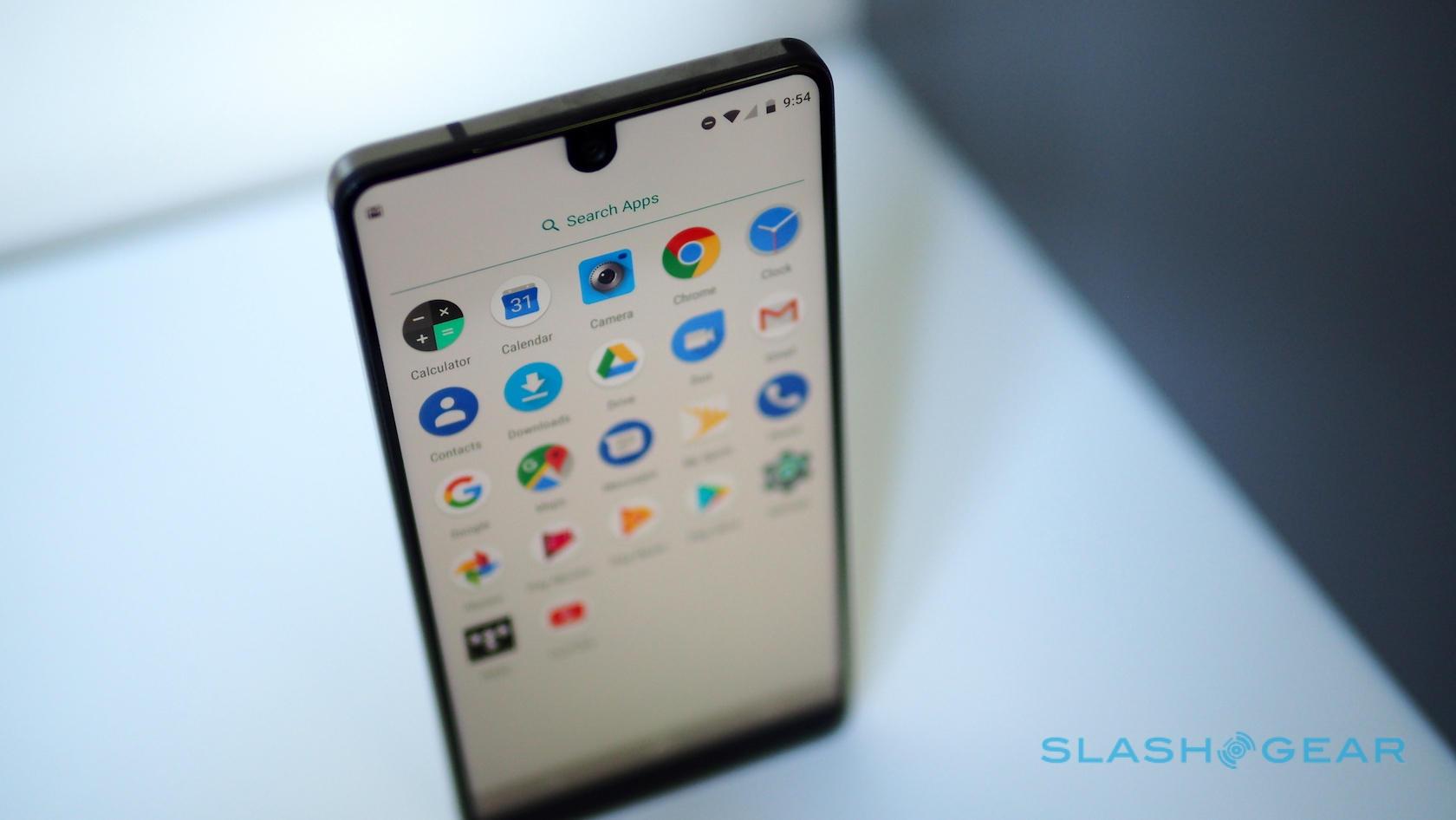 Sadly, there is no clear answer to this predicament yet. We get by with “near stock” Android like those from, say, Essential or Nokia, but even those will never really be “pure”. They will always have a modification that is necessary for a smoother first experience. The ideal Android experience would have to be somewhere in between, offering just enough to get by while leaving room for users to grow or trim as they please. And save for aftermarket custom ROMs, that might not exist yet.