This weekend a little bit of the text was removed from the official listing of the RED Hydrogen ONE, a smartphone of some repute. This smartphone was released by the camera-focused company as a premium handset. Part of the proposition and the promise for this phone was in its backside array of pogo pins, through which it’d become a much more versatile, connected machine. Today it would appear that this dream has disappeared.

If you head over to the H4Vuser forum, you’ll find that there’s a bit of a rumble about the change in website of which we speak. Since not too many people were looking, the removal from the RED webpage of text about RED Hydrogen ONE “Modules” went overlooked, for the most part. It was only when user Andrew Shelton discovered the change 22 days ago that anyone else took notice.

Due in a big way to the likely very small number of people who shelled out $1,300 USD for the relatively negatively-reviewed smartphone, it took a while for the general public to recognize the change. It was only earlier today that a Reddit post took hold of R/Android. 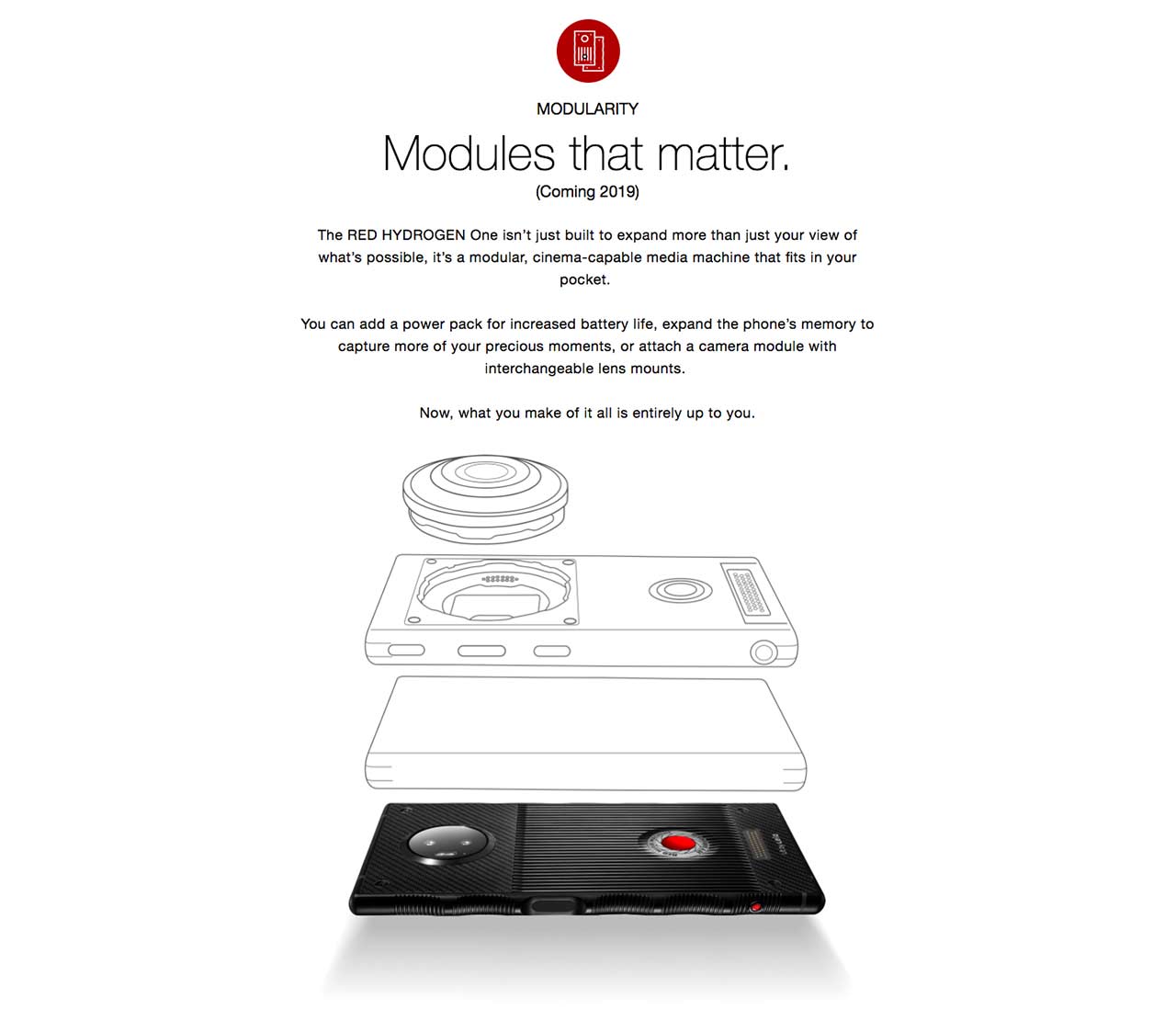 Late last year, text on the H4V website for the phone showed the phone’s modularity and “modules”. Head over to the November of 2018 archived version of H4V courtesy of the Internet Archive’s Wayback Machine. Now see the current version of H4V, where the entirety of the “Modules that matter” section was removed.

Another minor change is in the wording of the Industrial Design section in which “each with durable Kevlar panels” has been changed to “each with a backplate made with Kevlar fiber.” They’ve gone ahead and removed the word “holographic” from the description of the display and at the head of the page.

Also posted is a new “Videos” page with videos previously posted to the official RED YouTube channel. What’s odd about this is the continued listing of the video you’ll see above. That’s a video posted in November of 2018 entitled: “INDUSTRIAL DESIGN/MODULARITY.” As of publishing time for this article, this How-To video, as they call it, is still listed and available for viewing.

It’s quite possible that the folks at RED are just delaying release of the modules system for the phone. It’s also possible that they’ve cancelled the entire accessories lineup altogether. Until we hear direct from RED themselves, we can only guess!