Scientists have determined that in permanently shadowed areas on the moon’s poles where temperatures are extremely frigid, carbon dioxide molecules may freeze and remain in solid form even when the moon is at its peak summer season. The frigid temperatures in these areas are colder than the coldest areas of Pluto. The discovery is important because the solid carbon dioxide could be harvested from these cold traps to produce fuel or other materials for sustained lunar missions.

Researchers also believe the presence of solid carbon dioxide and other potentially volatile organics might shed light on the origins of water and other elements on the moon. Cold traps have been hypothesized for years, but this study is the first to confirm and map their presence. Scientists analyzed 11 years of temperature data gathered by the Diviner Lunar Radiometer Experiment aboard the lunar Reconnaissance Orbiter to confirm the cold traps existed. 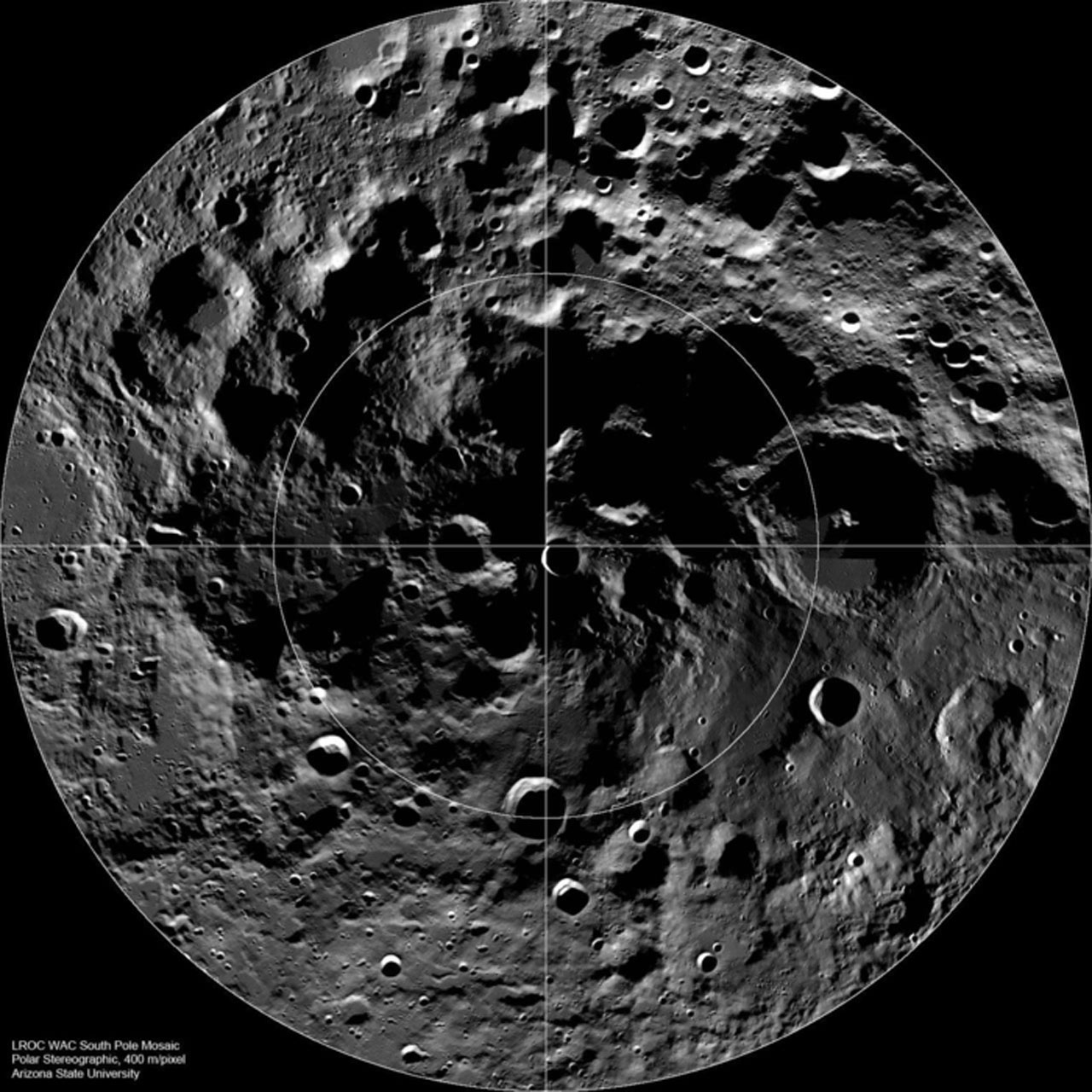 By sifting through that data, the researchers were able to determine the coldest spots on the surface of the moon. Combined, the total area of the carbon dioxide traps is 204 square kilometers. The largest area is located in Amundsen Crater, with 82 square kilometers of cold traps. In the cold traps, temperatures are consistently below 60 degrees Kelvin, about -352 degrees Fahrenheit.

Hayne believes the site should be a priority for future missions landing on the lunar surface. In addition, he believes the discovery pinpoints locations where we should explore the lunar surface to answer the question once and for all. The researchers note that the possibility of solid carbon dioxide in these newly discovered cold traps has attracted interest from governmental agencies and private companies.

In other interesting moon news, recently a near-Earth asteroid called Kamo`oalewa was identified as potentially an ancient moon fragment. Earlier this month, NASA shared new information on the future of the Artemis missions. Unfortunately, the first human landing for the Artemis program isn’t expected to be any earlier than 2025. Currently, NASA is focusing on the Artemis I mission, which is an uncrewed mission. NASA has already chosen the landing location for its Artemis Rover, near the western edge of Nobile Crater on the south pole of the moon.