Matthew Inman, author of the online comic “The Oatmeal”, has teamed up with video game and card game creators Elan Lee and Shane Small to create Exploding Kittens. They’re not actually literally destroying small animals – that’d be horrible. Instead, they’re creating a card game that goes by the name Exploding Kittens. This game will use The Oatmeal illustrations and game mechanics constructed by the trio to bring about a game that should very well bring much joy to game-playing people around the world in the near future.

Normally a game like this might’ve gone completely unnoticed by the general population. Hundreds if not thousands of creatively constructed card-based games are made every year and are shamefully mismanaged into oblivion.

With the expertise of Elan Lee, with Xbox and ARG skills, Shan Small, with Xbox and Marvel skills, Matthew Inman has a chance to create a card game that’ll have some staying power. That and a wildly successful Kickstarter that’s going on right now. 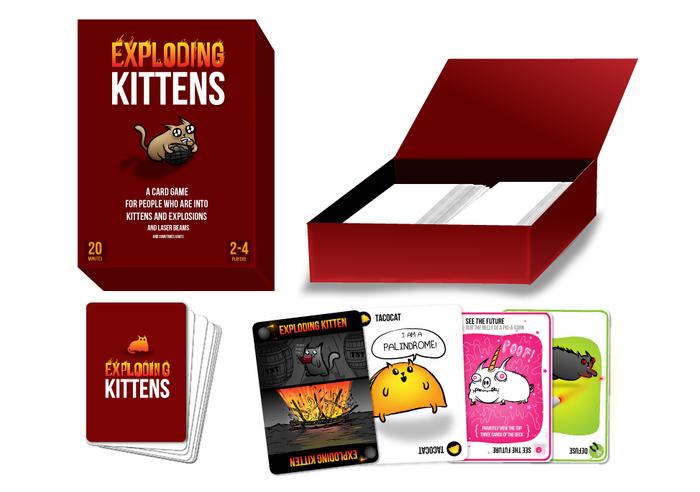 The game itself is described as a “highly strategic kitty-powered version of Russian Roulette.” You draw cards from a deck until an exploding kitten kills the player that draws it.

Unless they’ve got a card that allows them to avoid said exploding kitten. 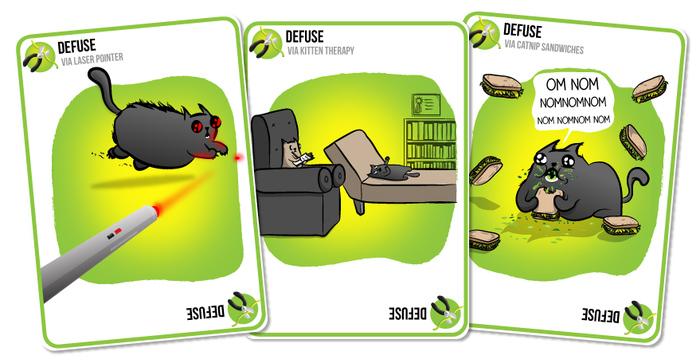 Or they’ve got a card that allows them to skip a turn, flip over additional cards, or in any way at all deflect the cat toward another player. 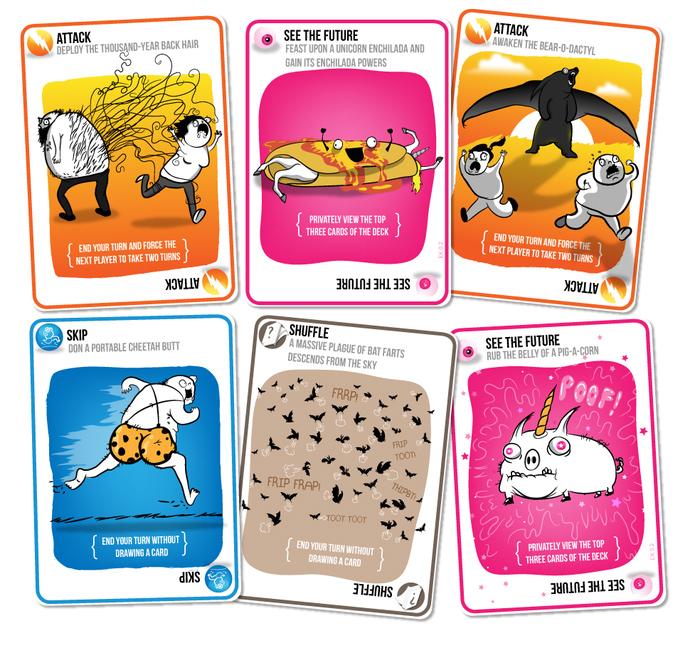 The game is going to cost $20 USD for a standard edition. This includes shipping inside the US.

As for when you’ll actually get the game, the following comes from the Kickstarter’s text itself, likely written by Inman himself: “We want you to back this project, and then within a few weeks of the campaign ending you’ll get your stuff in the mail.”

There’s also a NSFW deck that adds cards that were “too horrifying and/or incredible to include in the kid-friendly version.” The NSFW deck is a Kickstarter exclusive and can be had (with the standard deck) for $35 USD.

less than a day into the campaign to create this game with Kickstarter, Exploding Kittens has over 7,000 backers and $275,000 pledged – with an original goal of $10,000. With 30 days left to go, we can’t imagine how far this crowdfunding venture is going to get.