The most killer Android 11 feature is Quick Access Device Controls

With Android 11, Google created a halfway point between the user and a variety of “control apps.” The first major control app that’ll utilize this most powerful Android 11 feature is Google Home. The feature’s formal name is “Quick Access Device Controls” and it may change the way you use your smartphone, in a big way, from this point forward.

The Quick Access Device Controls feature allows the Android device user a simple and speedy set of buttons, dials, and toggles for smart devices. With this UI upgrade, users will have the ability to see all smart device controls available to them in one single, easy-to-use menu on their phone (or tablet, or other Android device).

Developers of smart device control aggregators like Google Home will work with a code by the name of Controls Provider Service, or “ControlsProviderService.” With this code, the developer connects with the Android device’s Device Controls menu, allowing access to predefined control types

There’s also a sort of button that links to expanded controls. Google uses the example of a smart thermostat with a button that expands to a control panel with a round slider for temperature and a toggle between modes. Another widget provides a basic one-tap “stateless toggle” button option in the main Device Controls list. 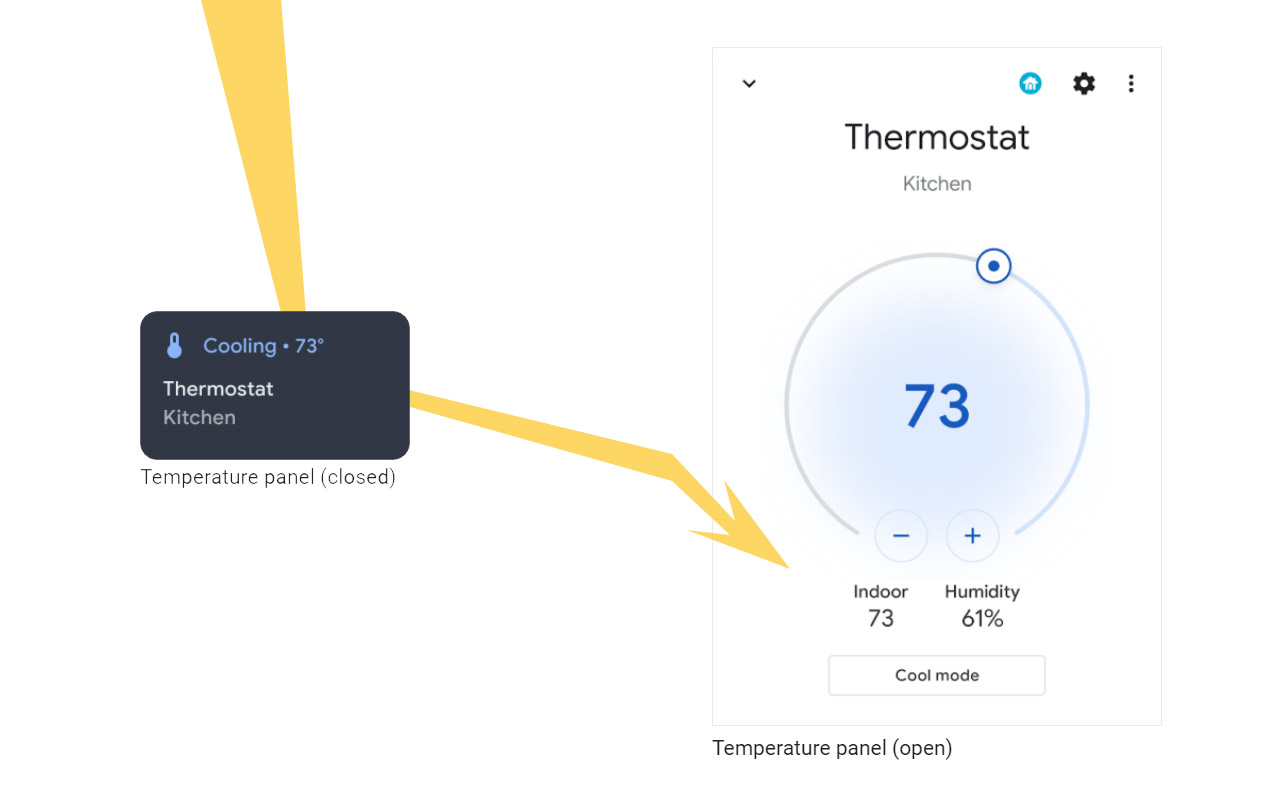 Long-pressing any one of these buttons, or widgets, links to their associated app for deeper control. At launch, this feature allows the developer to customize the icon and color on each widget/button, but recommends that “for the best user experience, you should use the default icon and color unless the default set does not match the device.”

If you’d like to take this UI for a whirl, take a peek at your device’s settings and see if Google’s sent out your update to Android 11. Once you’ve got access to Android 11, you should see buttons like these with Google Home after a long-press of your power button. If you’re using a Google Pixel phone right now, you’ll have access very soon – same goes for some users of OPPO, Realme, Xiaomi, and OnePlus devices. See more on this update situation in the timeline below!