Users of Google Maps and lovers of space-spotting Star Wars set pieces will enjoy the appearance of the Millennium Falcon this week in Surrey. The first of two images of the same Star Wars spaceship can be found simply by searching for Longcross Studios Surrey on Google Earth and scrolling to the right. The second Falcon isn’t quite so easy to spot.

There’s an easier way to spot the first falcon than searching for Longcross Studios. Because someone’s spotted this Falcon before and it’s such an iconic find on Google Maps, they’ve labeled it. Simply searching for “Millennium Falcon Longcross” in Google Maps will bring you to the same place. 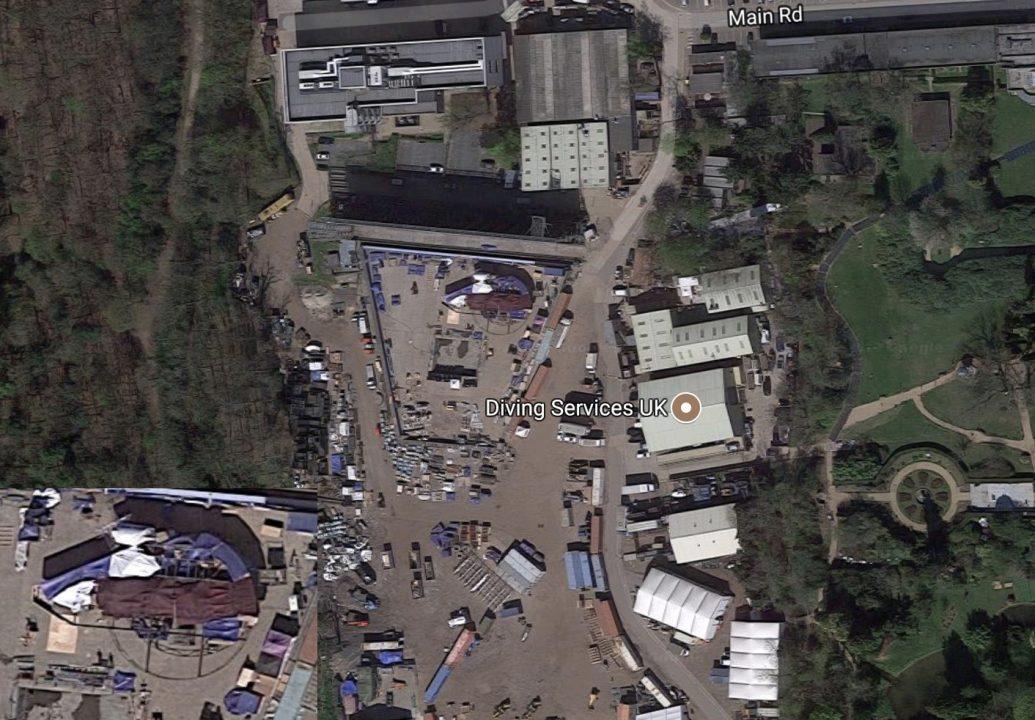 Several other locations important to the everyday average Star Wars fan can be found with a bit of searching, too. Or you could just tap one of the links we’ve got here. NOTE: If you’re reading this in the future, images on these locations may have changed!

Perhaps most interesting of all is the interior of the Lars Family Homestead – slightly different from the sand igloo in the list above. The Lars Family Homestead interior is now operating as a hotel – you can literally get a room there! They’ve fully capitalized on the fact that this location was decked out for Star Wars: A New Hope and ecetera – and the Hotel is fully open for business!

Know of any other neat Star Wars locations on Google Maps? Let us know! You can find a few additional spots over at The SWCA and this Star Wars dot com blog entry.

NOTE: When I say “Google Earth” – I mean the app, but the same results can be found in Google Maps. Open Google Maps in your web browser or in the Google Maps app, then tap on “Satellite” to view the views we’re seeing here. If you’re in the app, tap the two squares button – that’s the “Layers and More” button – then tap Satellite!