The Mandalorian is the go-to place for retconned and/or fan-service greatness in the Star Wars universe. Or at least that’s the case for the first three episodes of the series. The 3rd episode just premiered this morning, and is no exception to the rule! In this episode, we get to see the inside of a long-fabled piece of Star Wars prop history – via the made-up word of a toddler! ALSO: Spoiler alert! From this point forward, we’re assuming that you’ve already seen episodes 1-3 of The Mandalorian!

To understand these connections, you’re going to have to connect a few dots. It begins with the Star Wars: The Empire Strikes Back character called Ice Cream Man. Originally he was just an extra – he ran through the city in an orange jumpsuit while Cloud City was evacuated once Lando Calrissian announced that Cloud City was in the process of takeover by The Empire. 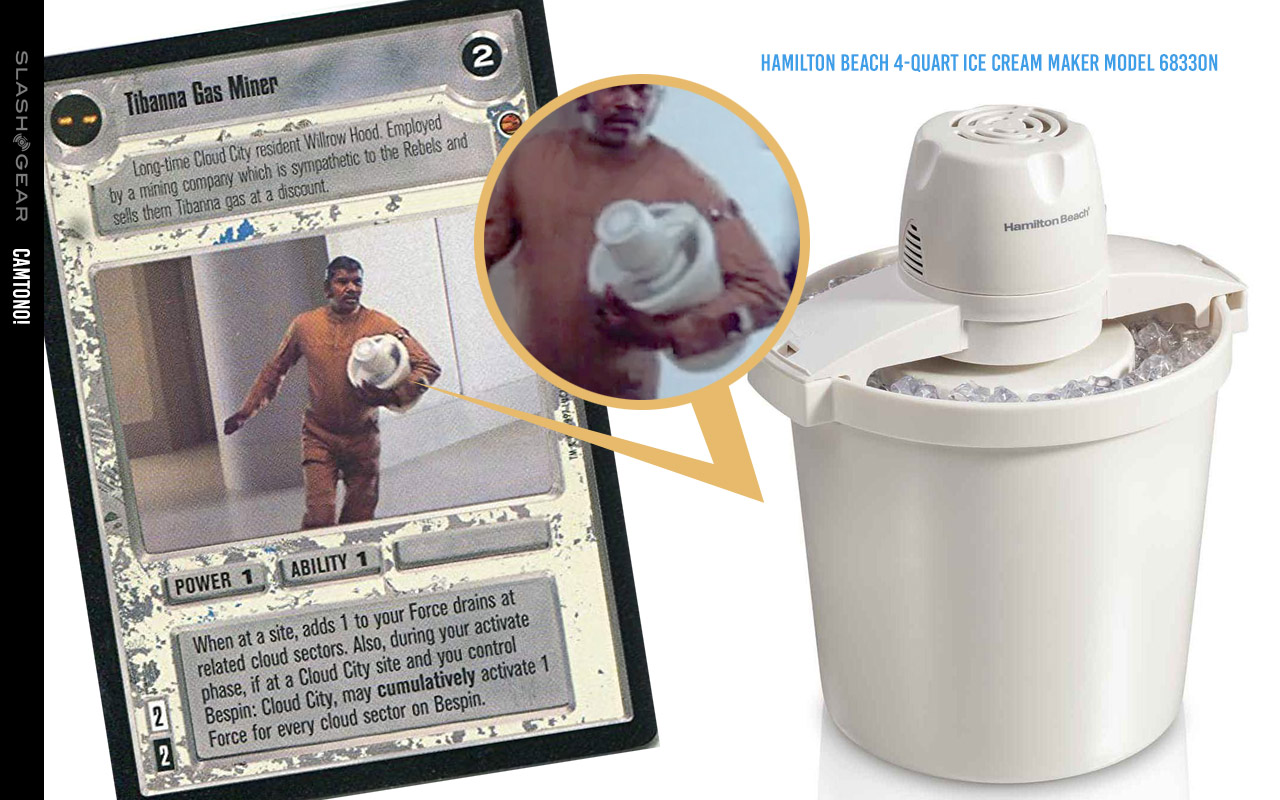 Over time, Star Wars moved from the standard realm of mega-popularity to the realm of “there are people who go through this movie frame-by-frame”, it was realized that this character’s strange-looking movie prop was literally an ice cream maker. Thusly, his nickname came about, then Lucasfilm gave him a real name (as you’ll see in the Decipher Star Wars: Collectable Card Game card text above), and his status as a fan-favorite was solidified.

His Hamilton Beach 4-quart Ice Cream Maker Model 68330N was such a perfect design that it’s still made and sold by Hamilton Beach to this day! Crazy times!

The video you’re about to see is of a child who, for whatever reason, uses the word “camtono” in place of “ice cream”. This was shared on the internet back a few years ago and became a sort of viral hit. You might never have seen it before – I hadn’t before The Mandalorian was in production.

Apparently this became enough of a viral hit that, if you search for the word “camtono” on a search engine like Google, you’ll find this video. From this point on, you’ll probably find just as many hits for this Mandalorian episode, since this connection is now notable.

Here we must do one BIG assumption to make this all work. We must assume that whoever decided to give Werner Herzog the line (you’ll see in a moment, below), was also aware of the viral video above. I know that sounds insane, especially if you weren’t aware of the video above before reading this article, but BEAR WITH ME here for a minute.

SIDENOTE: Beskar is also known as “Mandalorian iron”, a sort of metal alloy. The name Beskar’s first mention comes from a 2006 Star Wars Insider article on Star Wars Legends called “The Mandalorians: People and Culture”. It was first re-introduced into the modern world of Star Wars in Star Wars Rebels: Heroes of Mandalore (Season 4, Episode 1, or Episode 60 overall).

In Episode 3 of The Mandalorian, the camtono is revealed. It’s a very strangely-shaped device, and certainly not a design that was chosen randomly. Occam’s razor, aka the law of parsimony says that hunks of metal (Beskar) like we see in The Mandalorian would appear in a sharp-sided, simple box. 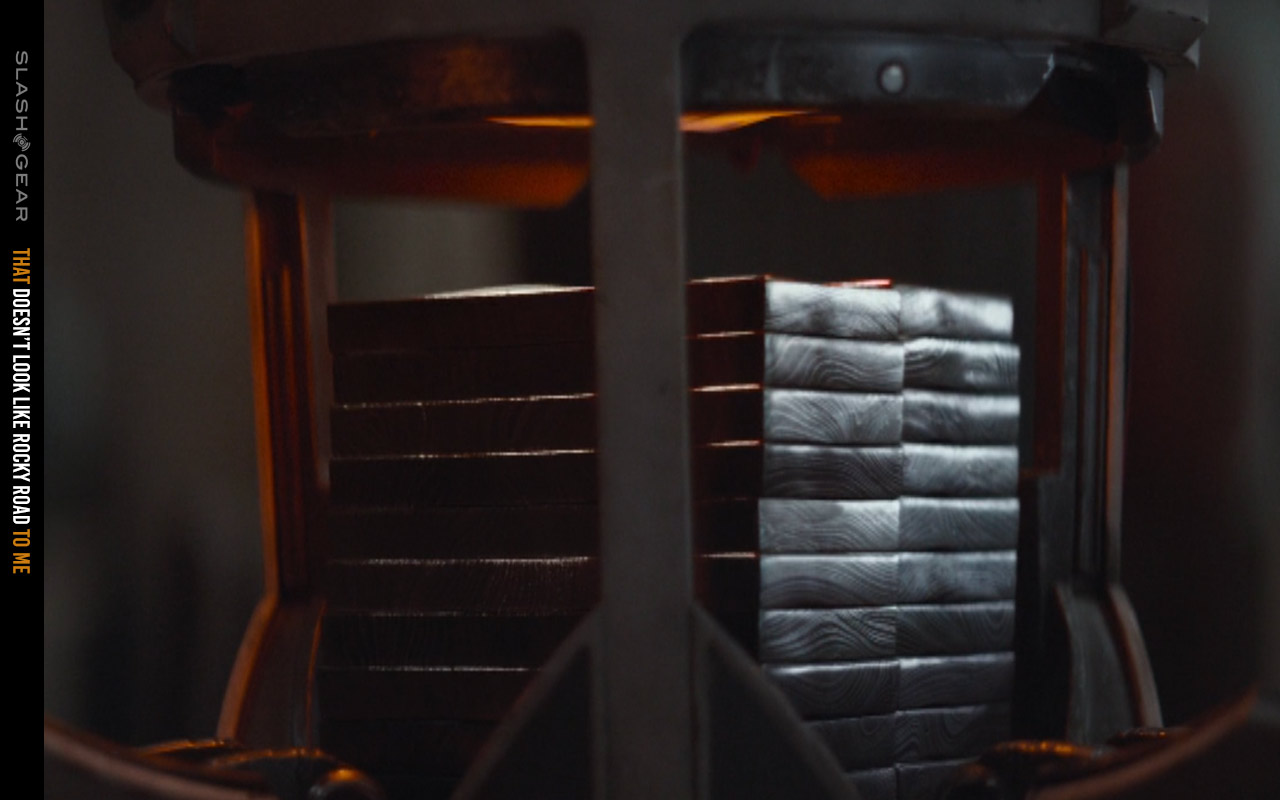 There are a lot of greebles in Star Wars – they’ve got extra, not-really-necessary details everywhere to make things feel more real and sci-fi. This is true of most “used future” science fiction. But the shape of this container is so extremely odd, so extremely similar to that original Cloud City fan-favorite prop, that the most likely situation – the new Occam’s razor – is that this prop is a call-back to the original ice cream machine VIA the viral internet meme word camtono – ice cream!

To be FAIR here, this container is not that container – this isn’t the same Hamilton Beach device, of course. But the connection is too strangely poetic to ignore. Now, if only Jon Favreau would… oh wait, yep, he did post an Instagram photo (without comment) of the camtono in October to draw fan attention in advance of its first onscreen appearance. 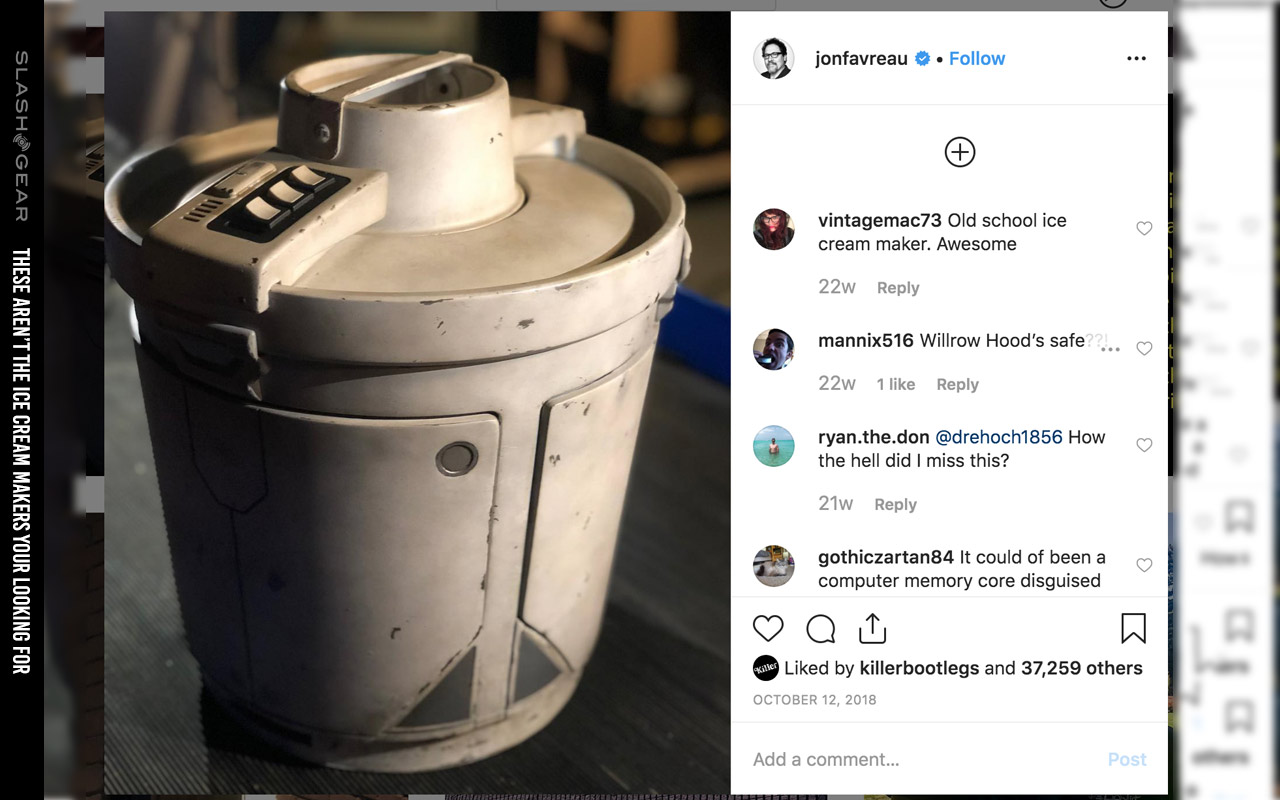 That doesn’t absolutely 100% confirm the connection. What it does instead is add fuel to the fire for the far more important part of the situation here: Our enjoyment of the fan-fueled ever-expanding but always-connected array of elements that are the Star Wars universe!