The Legend of Zelda: Skyward Sword is getting an HD remaster for Switch

We expected some kind of announcement regarding The Legend of Zelda franchise during today’s Nintendo Direct, and that’s precisely what we got. While we didn’t hear anything new about the sequel to Breath of the Wild today, we did get word that Skyward Sword is getting an HD remaster on Nintendo Switch. This re-release has been rumored for a long time, and now it looks like it’s finally happening.

While Skyward Sword has been given a fresh coat of paint for its Switch debut, it doesn’t look like this is a ground-up remake like The Legend of Zelda: Link’s Awakening, which released for Switch in 2019. However, that doesn’t mean that there aren’t some significant changes to the way the game works on Nintendo Switch.

If you’re not fond of the idea of using motion controls here in 2021, there was some good news delivered today as well: Nintendo has also created button controls for the Switch version of Skyward Sword, though the solution the company has come up with might be a little bit strange at first. With button controls, the right stick will actually control Link’s sword, so you’ll strike with his sword by flicking the thumbstick in different directions. 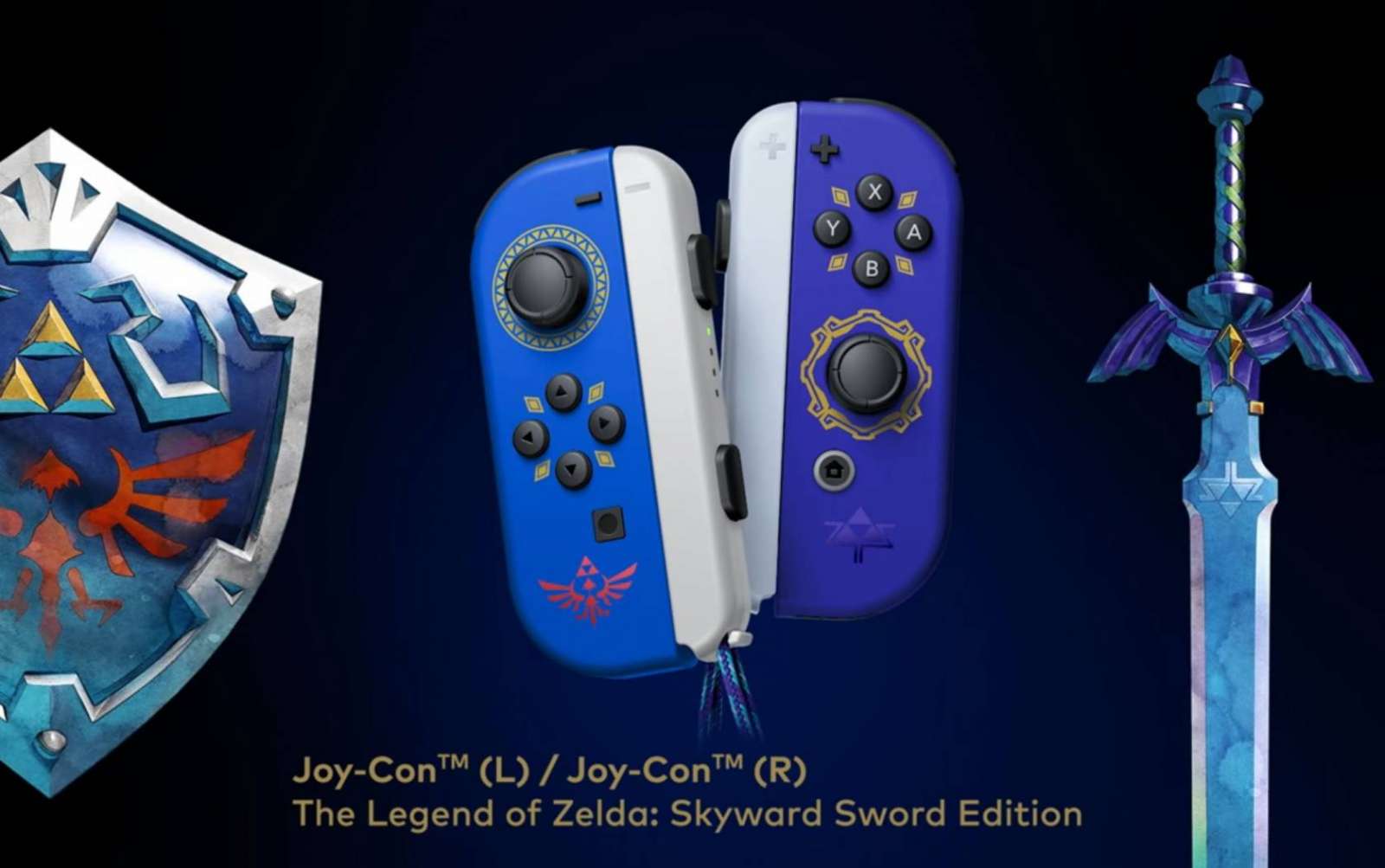 While that will definitely take some getting used to, we’re sure that Zelda fans will be happy to have the option of button controls instead of motion controls. The Legend of Zelda: Skyward Sword HD, as it appears to be called, will be launching for Switch on July 16th and it’s up for pre-order today. Switch owners will also be able to pick up a pair of Skyward Sword-themed Joy-Cons when the game launches, which you can see in the image above.