As it was in the past, so shall it be in the future with first steps into the future of film, Peter Jackson and The Hobbit’s crews finding this out the hard way. The crew of The Hobbit have decided to attempt to work in 48 frames per second with the new film and have done a single public screening thus far this month at CinemaCon. Reactions to this new ultra-clear ultra-smooth version of filming and presenting of a film have not been positive on the whole, this not exactly becoming the instant win that Jackson and the rest of the Middle Earth family hoping it would be.

What’s appearing to happen with this newly upgraded system is that because there are so many frames of film being shown per second, the human eye says that it’s getting much to close to reality. While your eyes are trained to differentiate between reality and what you see presented to you in any number of different media presentations you see on the daily, new techniques like this one are blurring that line. When Peter Jackson and crew aimed to clarify the way we see films, it appears that they did not prepare themselves for the negativity that has come forth from the critics having first seen the film in this quick motion this month.

While most modern films (essentially all of them, that is) are shot and projected at 24FPS, Jackson has for over a year now been pushing for a much higher frame rate on the regular. James Cameron also spoke last year, according to SlashFilm, at CinemaCon the following:

“If watching a 3D movie is like looking through a window, then [with this] we’ve taken the glass out of the window and we’re staring at reality.” – Cameron

This year’s showing of a clip from The Hobbit in 48FPS has resulted in many speaking up about how the film looked “too real,” equating it with made for TV movies and the like.

“Saw the 10 minutes of raw The Hobbit footage in 48FPS 3D. Intriguing, the footage looks amazing, but the 48FPS experience is an odd change” – Alex Billington of First Showing

“Great Scott, THE HOBBIT in 48 frames-per-second is a thing to behold. Totally different experience. Not all will like the change.” – Josh Dickey of Variety

We’ll now have to see if Jackson and the studios responsible for bringing the film to the theater will go forward with the film in such a format. It’s unclear at the moment whether or not they’ll have to make drastic changes to the way the film is presented now that the majority of the scenes for the movie have been filmed.

BONUS: We’ve got a 3ality Technica interview coming up this week on how The Hobbit was filmed with RED cameras – two of them at once – for every shot using 3ality Technica rigs to make the whole film HD 3D. Check it out! 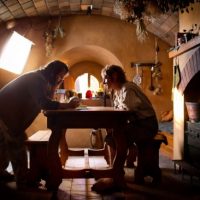 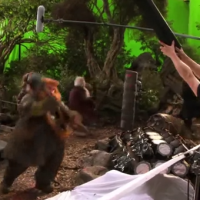 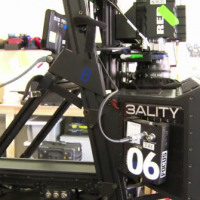 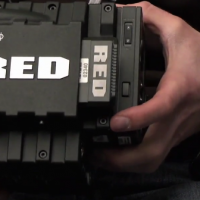 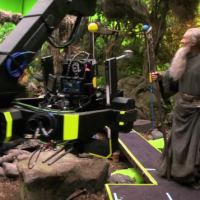