NASA has set a launch date for the James Webb Space Telescope, setting the long-anticipated successor to Hubble on its final countdown to unprecedented views of our galaxy and the greater universe beyond. It’s been a long road to get to a 2021 launch window for Webb, which has been in development since 1996.

Back then, the joint project between NASA, the European Space Agency (ESA), and the Canadian Space Agency (CSA) had hoped to launch a new space telescope in 2007. Cost and design challenges forced a rethink in 2005, and construction was actually initially completed in 2016. However further fixes and redesigns – plus the challenges of the COVID-19 pandemic – pushed the launch out even further.

Now, NASA has announced, Webb finally has a date to blast off. That should happen on December 18, 2021, the US space agency said today. The date was set in coordination with Arianespace, with the ESA providing the Ariane 5 rocket which will actually take the space telescope into orbit. 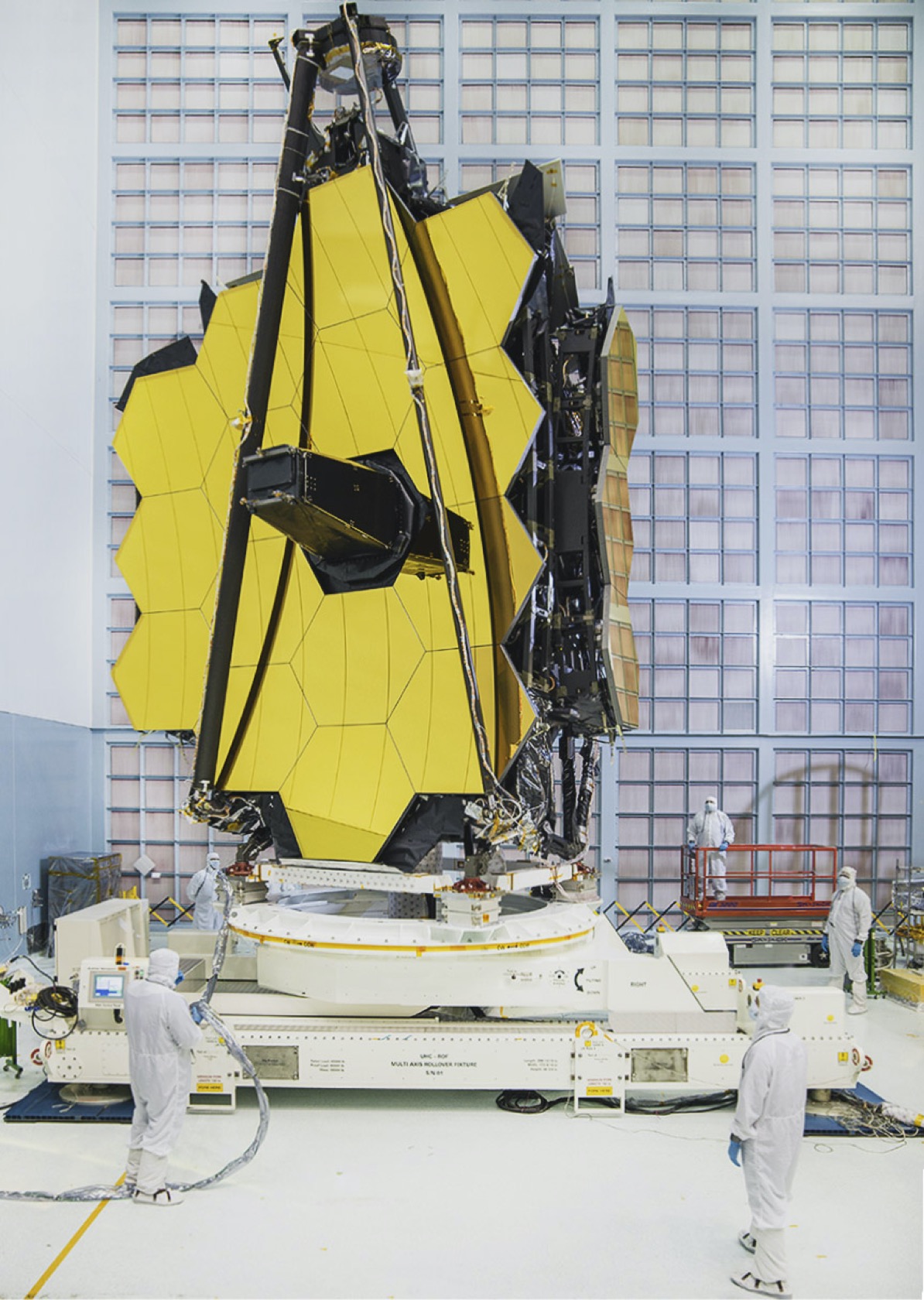 “Webb is an exemplary mission that signifies the epitome of perseverance,” Gregory L. Robinson, Webb’s program director at NASA Headquarters in Washington, said of the latest milestone.

Considerably larger than Hubble, and more powerful, Webb – sometimes known as the JWST – also focuses on different parts of the electromagnetic spectrum. Where Hubble has been watching the near-ultraviolet, visible, and near infrared for the past three decades, Webb will look to a lower frequency range. That long-wavelength visible light through to the mid-infrared will give it a hitherto-unobtainable view through the history of the universe.

Specifically, Webb will be able to see high redshift objects. Electromagnetic redshift happens over time, as radiation travels through expanding space. The result is that there are some things simply too old, or too distant, for Hubble to observe, but which Webb will be able to track. As such, it’ll be able to peer far further back into the history of the universe as astronomers attempt to answer questions about its origins.

Given the size, and the challenges of loading that onto a rocket, Webb was designed to fold like a complex piece of tech origami. The huge primary mirror consists of 18 hexagonal mirror segments made of gold-plated beryllium: unfolded, they’re 21 feet in diameter. However the telescope can collapse that assembly down, so that it can just about fit into the Ariane 5’s payload.

Currently, Webb is being stored in that stowed configuration at Northrop Grumman’s facilities in Redondo Beach, California. However soon it will be packed and shipped to Europe’s Spaceport in French Guiana, on the northeastern coast of South America. That’s where – if all goes to plan – it should launch on December 18.

After that, however, it’ll still take some time before Webb can begin sending back imagery of the universe. While the launch is expected to take around 26 minutes, it’ll be followed by a six month long commissioning period, as Webb travels to its final destination near the second Lagrange point (L2) of the Earth-Sun system. During the journey the observatory mechanism will unfurl, as special heaters progressively manage the cooling of the key scientific components which are essential for the space telescope to operate.

Final calibrations will then ensure that Webb is seeing exactly what it should be. That’s a vital step, too, since unlike with Hubble – where astronauts could visit the space telescope shortly after deployment to correct glitches in its systems – there’s no possibility for on-site fixes should Webb not be working as intended.