The Game of Thrones Starbucks cup: A special guest star in season 8

There was a lot to take in during last night’s episode of Game of Thrones, but eagle-eyed viewers caught something that was distinctly out of place: a Starbucks coffee cup. Yes, it appears that the people of Winterfell don’t mind partaking some more modern luxuries, especially now that winter has arrived and everyone needs a warm pick-me-up from time to time.

Obviously, the coffee cup appearing on the head table in Winterfell’s great hall was a mistake, but it’s surprising that this mistake managed to make it all the way through post-production. In any case, it wasn’t long before Game of Thrones fans took to Twitter to both debate the happenings of last night’s episode and ask if that was a really a coffee cup appearing before a somber Daenerys Targaryen. 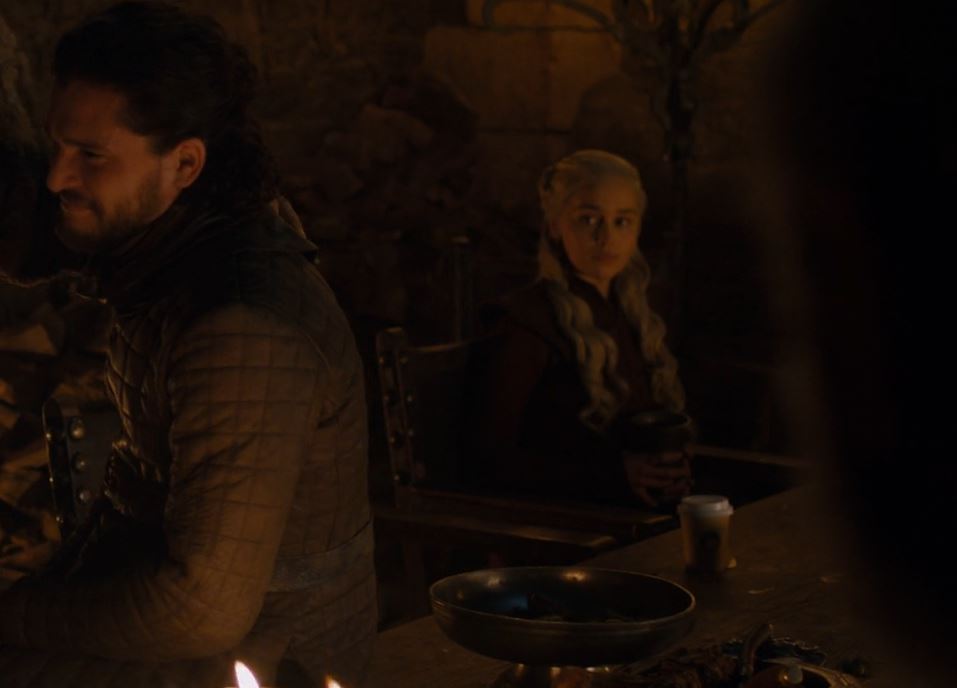 It was, as Game of Thrones executive producer Bernadette Caulfield confirmed in a radio interview with WNYC today. “Westeros was the first place to actually have Starbucks, it’s a little-known fact,” Caulfield said after apologizing for the oversight and praising the show’s prop people and decorators. “I guess if that’s the worst thing that they’re finding, we’re in good shape,” she added.

Of course, props and other things that don’t belong make it into movies and TV shows all the time. This Starbucks cup wasn’t the first misplaced item to make its way onto film, and it won’t be the last.

There are only two more episodes to go in Game of Thrones season 8, which is the final season of the series. If you’re all caught up with the show, be sure to check out our recap and analysis of last night’s episode, The Last of the Starks. If you aren’t caught up, it’s probably best that you stop reading about Game of Thrones on the internet and go watch the show.