The military branch-inspired interior will be available in showrooms starting in Q2 of 2021. The Built to Serve edition’s fifth installment offers a maritime force-inspired theme with both exterior color options featuring a black interior with orange accent stitching. With the fifth and final version of the truck revealed, each of the five US military service branches has been honored by Ram with two specially selected exterior paint colors meant to evoke the spirit, mission, and history of that service.

Built to Serve edition Ram trucks were made in the following numbers and colors. Ram made 1000 units in Gator and 1000 in Diamond Black Crystal. Ram produced 1000 in Ceramic Gray and 1000 in Patriot Blue. 1250 units were built in Anvil with 1500 produced in Billet Silver Metallic.

In the series, 1000 trucks were made in Tank and 1000 in Flame Red. This fifth and final installment are the rarest of the special edition trucks, with only 500 produced in Spitfire and 750 made in Bright White. All Built to Serve trucks get 20-inch aluminum wheels with a unique Technical Gray finish along with body-color wheel flares. 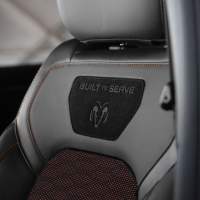 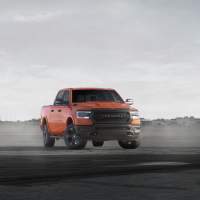 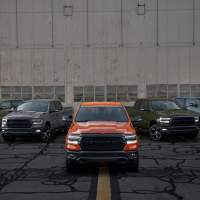 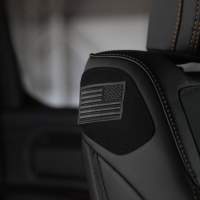 All the trucks feature unique Built to Serve instrument panel badging, optional lockable center storage console, deeply bolstered cloth and vinyl sport seats, black onyx chrome interior trim, and all-weather slush mats. The trucks also include the 4×4 Off-Road Group and are available on all body styles and with all powertrains.