The Face Mask Exempt Card con and the group behind it

There’s a printable “Face Mask Exempt Card” out in the wild that the official United States Department of Justice just called out. The card looks semi-legitimate, especially if the person showing the card has a laminating machine – but it’s absolutely unofficial an unenforceable in any legal capacity. As noted by the Department of Justice, the card may include a message suggesting that exemption from face mask rules is allowed because of the Americans with Disabilities Act (ADA) – but it’s all a sham.

The card is bunk

The card – and variations of the card and/or flyers – may include text such as “I am exempt from any ordinance requiring face mask usage in public.” The card may also include the following text, grammatical errors and all: “Wearing a face mask posses a mental and/or physical risk to me. Under the Americans with Disability Act (ADA), I am not required to disclose my condition to you.”

The card includes a telephone number which is legitimate – but inquiries about the whole “exempt” status for face masks are quickly met with clarity. There is no such legal exemption status whatsoever.

HEADS UP fellow businesses…. This is not a thing. This is what happens when Arts and Crafts Karens have too much time on their hands. We will throw it in the trash and send them on their way. pic.twitter.com/VKACSA3pRU

The official note about this fraudulent card (and postings) can be found at the ADA.GOV website. That website could use a bit of a graphic design makeover too, but the URL is legit, the website is official, and the United States Government’s stance is clear.

The “Ftbagency.com” link on the card shows a broken website where, until this afternoon, cards and flyers were available for download and printing. This website was recently registered with Wix.com on the 12th of June, 2020. It was “parked” as early as May of 2019. 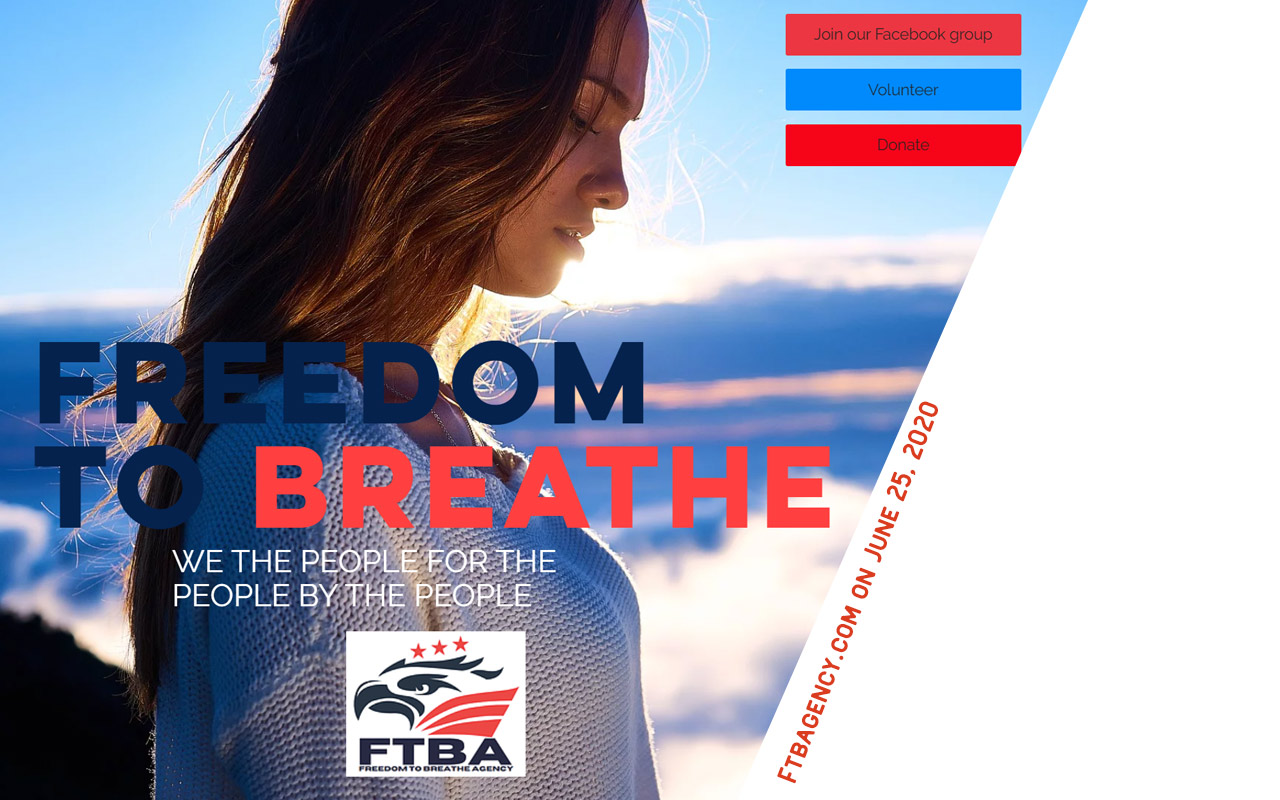 Until the website was removed this afternoon, it also had a small merchandise store with “Freedom Warrior” baseball caps with their special “Freedom to Breath Agency” logo. An archived version of the “merchandise” page on the FTBAgency website showed a “Freedom Warrior cap” with the FTBA logo for $20, a 16oz Miami Bistro Mug for $15, a Cotton Drawstring Backpack for $10, and a Premium Fitness Towel for $15. 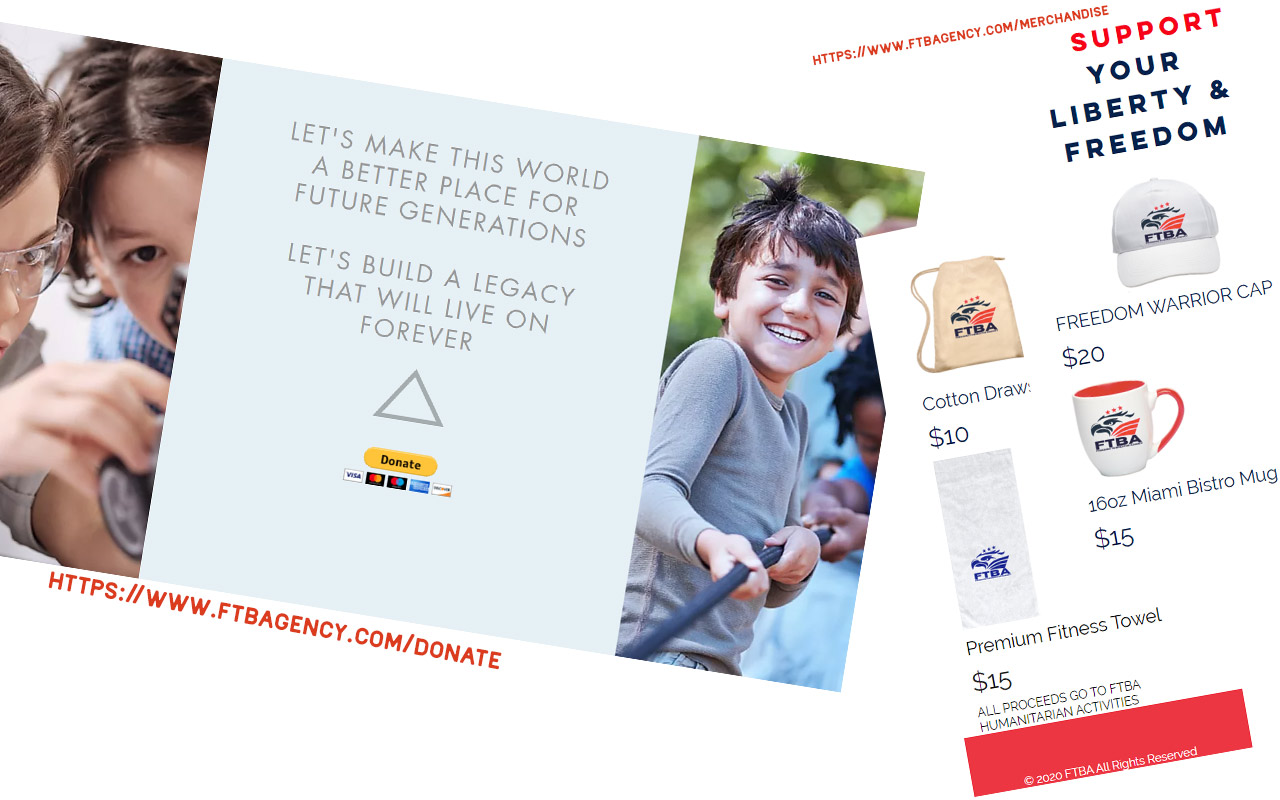 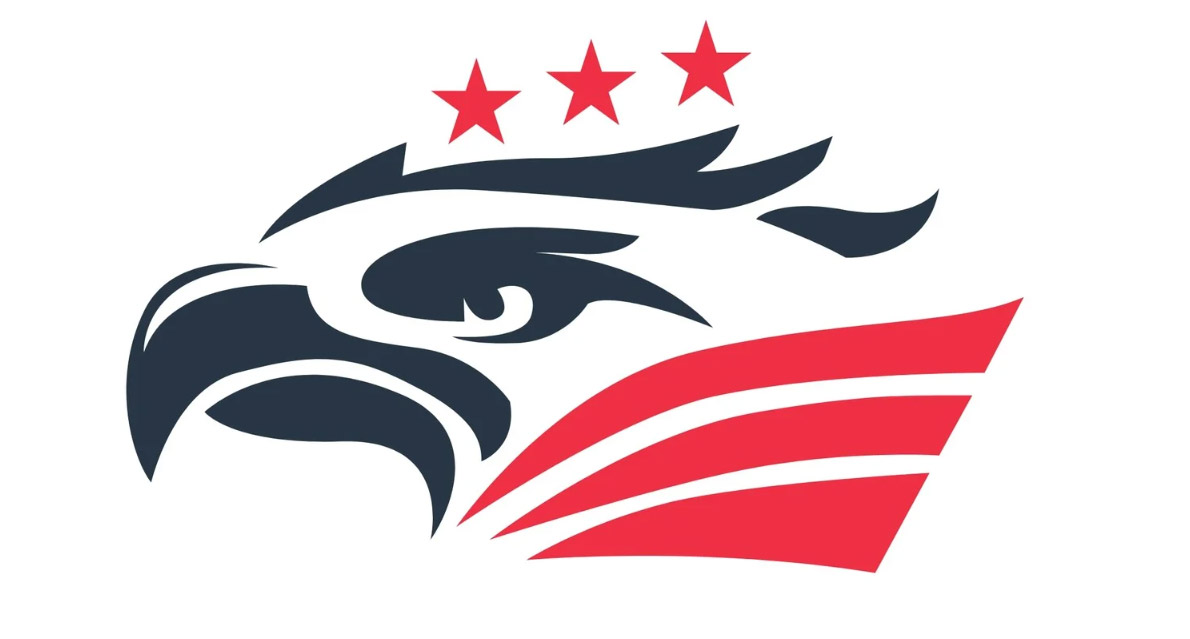 The logo (the eagle, stripes, stars) appears several other places, like “JOAUSA”, a “store” website with an abundance of broken links and a banner that says “Make shopping graet again!” The logo was also used as the lead logo for an Indonesian blog called SR62, and a website that sells miniature busses!

This logo can also be found on Canva as a “Navy blue and red patriotic minimalism eagle star oval round laptop sticker.” This clip art was not made specifically for FDBA, but was very likely copy-pasted from a Google Image Search for something like “patriotic eagle logo.”

They’ve created a Facebook group as well. This Private Facebook group had 5.9k members when we checked at approximately 1:45 Central Time on June 25, 2020. The group was created on June 1, 2020, and it’s original name was “Anti-Mask Task Force.” This group is Private and is moderated by several people, including one L.Koloma.

Author Data in the downloadable PDF file for the fraudulent exemption card turned up a name L.Koloma as well. LenkaKoloma.com is a website connected with that name – and leads us back to the source of the Freedom To Breathe Agency.

Above you’ll see a video created by Koloma about “why not to wear a face mask.” Her website LenkaKoloma.com/covid-19 suggests the following: “Virus is created in each and every living organism at any given time. Virus is a way how your cells cleanse themselves of toxic material that has been absorbed from an external environment. This a wonderful, natural process of your body’s intelligence for self-preserving functions.” 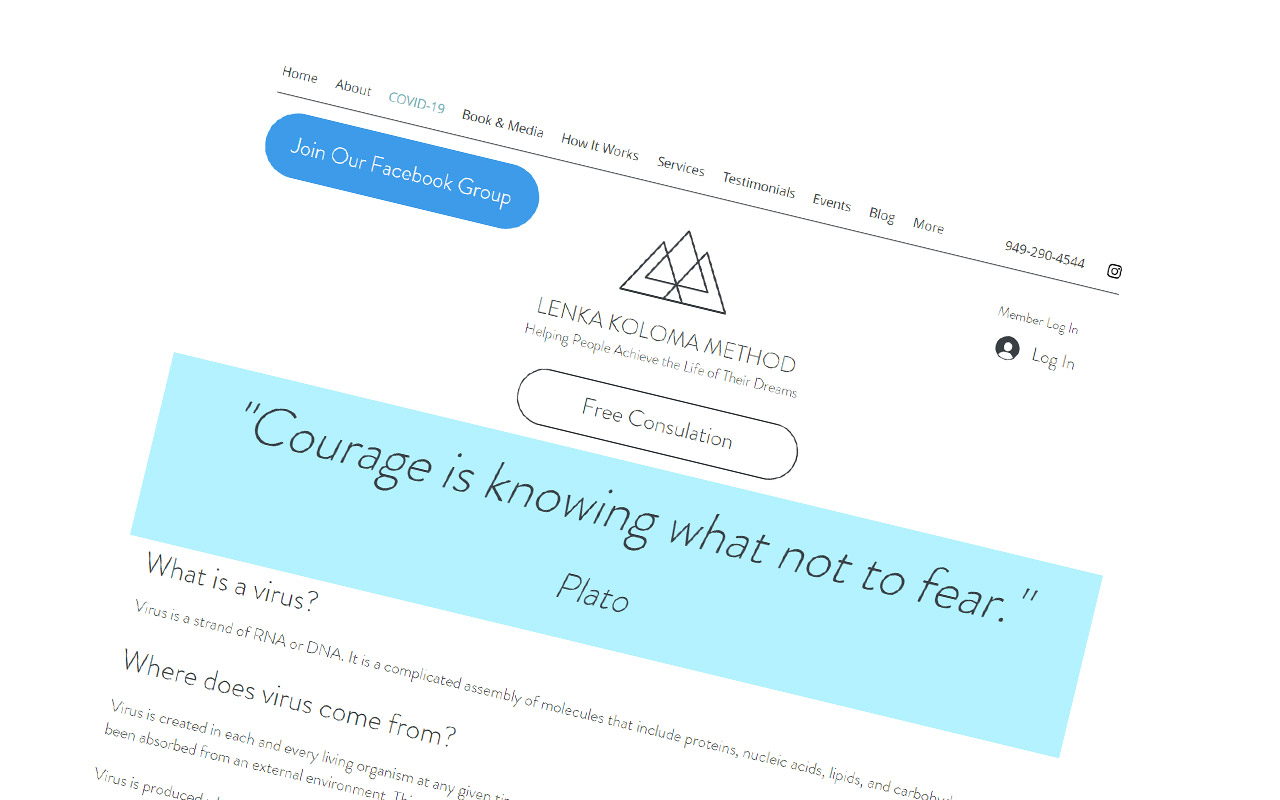 This website suggests that “electromagnetic radiation (such as 5G)” is an “unfavorable condition that create stress on your system” that will eventually produce “virus.” Below you’ll find a post made by UnleashTheSupernatural (Koloma) on Facebook on the 23rd of June. This is the same Koloma that is one of three admins in the Freedom To Breathe Agency on Facebook. 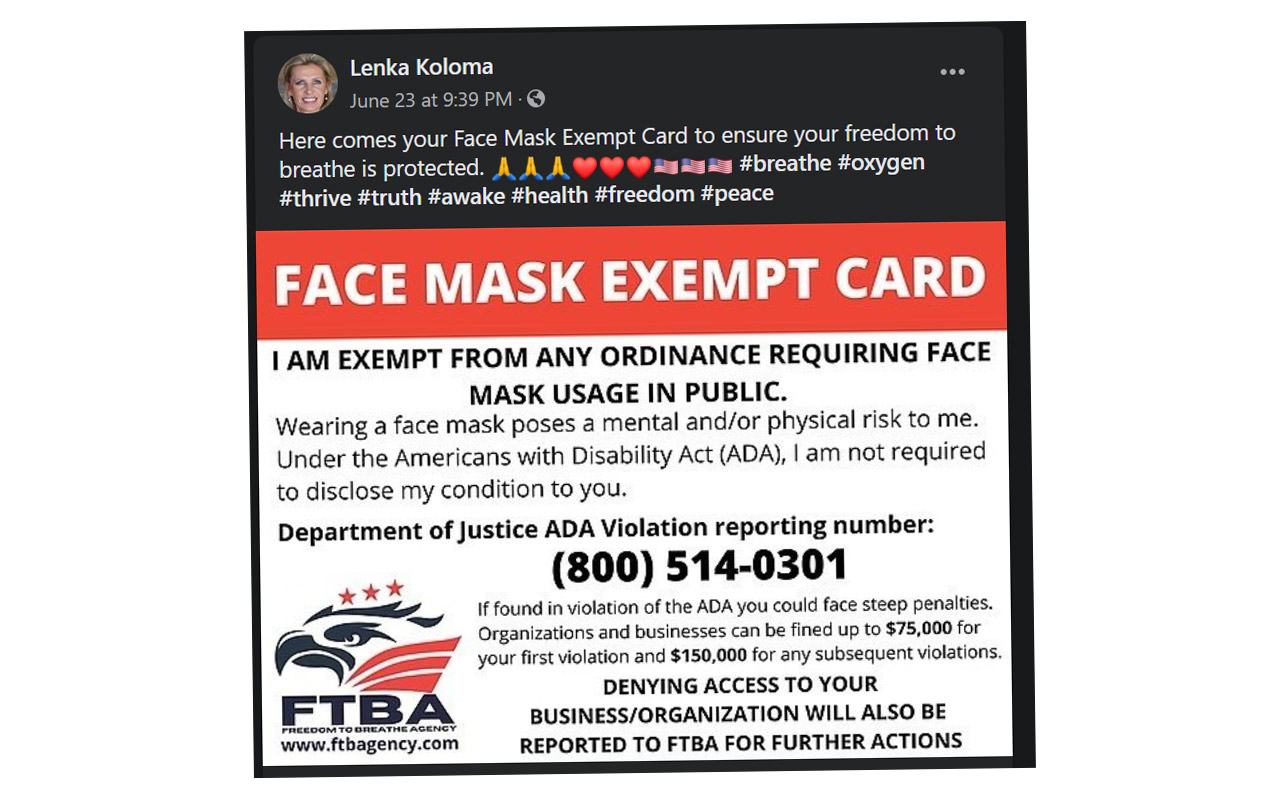 UPDATE: The original Facebook group linked above was removed at approximately 2:45 PM Central Time (or thereabouts) likely due to multiple reports from Facebook users about the spread of dangerous misinformation.