If you want to escape the real world, it’s soon going to be easier than ever with virtual reality. Sure, you can use books, TV, and even non-VR video games to escape, but it’s not quite the same. With all of those options, you’re still connected to the rest of the world in some way or another. Usually you can still hear your surroundings, or at the very least, you can easily see what’s going on around you. But with virtual reality, that’s not the case. And sometimes that’s not a good thing.

Last night I finally got around to actually testing out some VR experiences in my house. After making sure that everything was setup, I prepared to don my headset and escape for a while. But as I was about to immerse myself, I realized that I had a problem. I had offered to give someone a ride after work, and instead of getting off at their normal time, they’d been asked to stay late. The problem was that they wouldn’t be certain of when they needed picked up until close to the time I’d need to leave.

Normally, that sort of thing really isn’t an issue. I’d just go about my evening, and when the text came through, I’d simply hear my phone’s notification, and glance over, see the text I was waiting for, and take off. Things aren’t quite so simple with VR.

Yes, I could leave my phone in my pocket, and hope that I felt the vibration when my text came in, but that wasn’t really something I wanted to do. First, I don’t always feel my phone go off if I’m doing something active. Also, I get a number of notifications for emails and other things, and I don’t want to check my pocket every time I get an email or something.

So I was left with the conundrum of whether to risk it, and just check my phone every so often, or just put off playing until I could play without worrying about any other distractions. Then it dawned on me. I could just strap on a smartwatch, and customize the notifications so it only vibrated when I got a text. 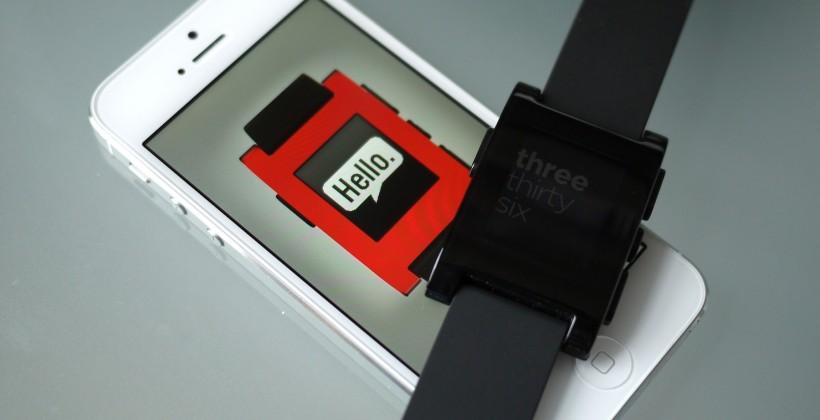 I grabbed my trusty smatwatch and made the necessary changes to the notifications. Then I strapped on the watch, and proceeded to chop fruit, shoot lasers, and made a very poor attempt at repairing a robot. About an hour later, my watch buzzed, and I took off the headset to find that I’d received the text I was waiting for.

I was really happy with how well it worked, especially as a last-minute thought before I dove into my gaming session. Since there isn’t any way to receive notifications from the outside world, aside from Steam notifications, I think that a smartwatch can be a perfect, if not essential companion to VR experiences.

I know that many people will stop right here and start thinking of a good comment that will tell me about how VR is about immersion, and having outside distractions will only detract from that. Don’t worry, I completely agree with you. I want full immersion, and that means zero distractions. No phones, no smartwatches, no kids, no pets, no outside contact whatsoever. The problem is that this just isn’t always possible. 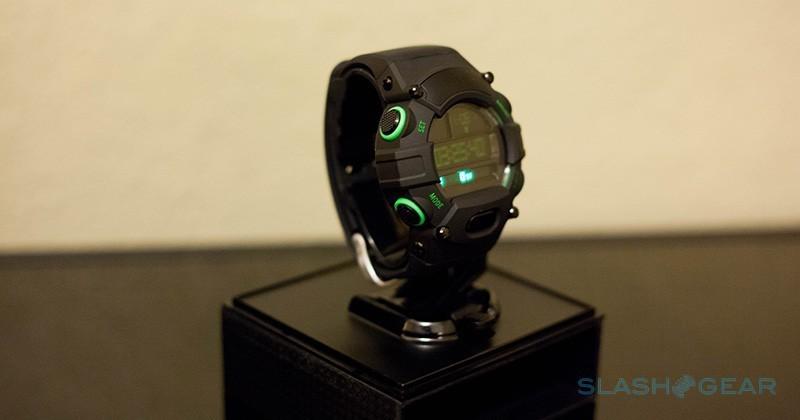 Since we don’t live in a perfect world where you can dive into something like VR for hours on end, without distraction, using a smartwatch is the best alternative that I can think of right now. It’s simple, you can customize your notifications for the most part, and if you’re already used to wearing a watch, it feels natural. What’s more, I felt like I could allow myself to forget about my phone. Had I not put on my smartwatch, I would have been constantly stopping, taking off the headset, and double-checking my phone to see if that text had arrived.

I’m hoping that in the future, there will be a way to forward my texts and such to my headset. Further, I also hope that at some point I can simply choose to respond with voice-to-text, and have my entire interaction with the other person happen without the need to ever take off my headset. But until those features become integrated into headsets like the Vive or Rift, I’ll stick to using my smartwatch to minimize the number of distractions.