The pandemic has claimed many lives, disrupted every nation in the world, and revealed that humans haven’t learned much since the influenza pandemic in 1918, at least when it comes to face masks. Beyond the most obvious and severe consequences of the pandemic are less severe, but still quite notable changes, including product shortages. Some shortages are caused by hoarding, while others are caused by production and distribution issues. The latest victim? A popular soda called Dr. Pepper.

Dr. Pepper is one of the better-known brand name sodas, and it is particularly popular in the US. If you’ve been hoping to get ahold of a can or two but haven’t been able to find any, we now know why: the company is experiencing a widespread product shortage. The news was revealed in a brief statement published on Twitter: 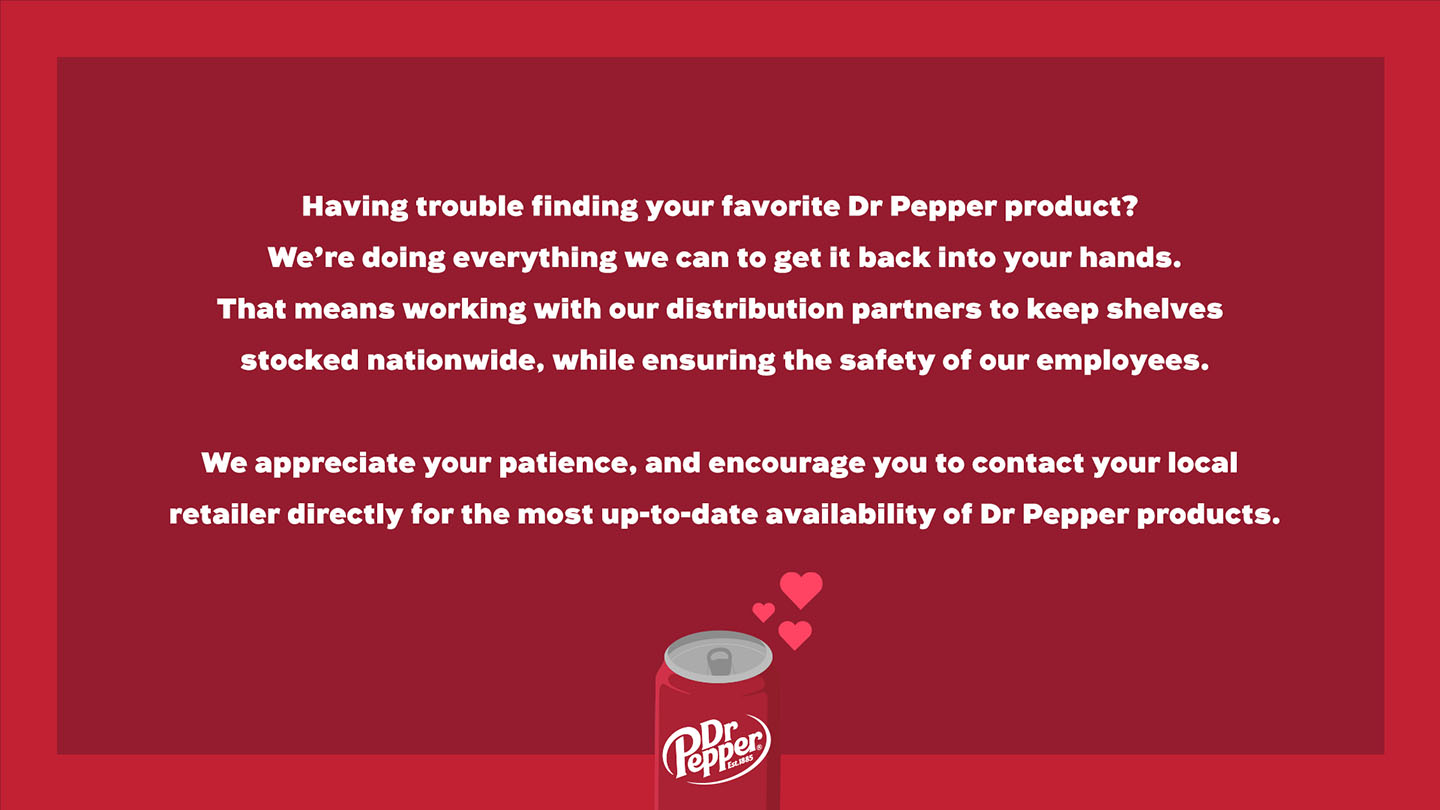 According to the company, there’s currently a Dr. Pepper shortage across the United States, one that it is working to resolve with its various distribution partners. This doesn’t mean you can’t find the beverage in stores now — it’s just going to be extra hard until inventories are restored. Perhaps this is the time for Dr. Pepper alternatives like Mr. Pibb and Dr. Thunder to thrive.

This Dr. Pepper shortage applies to the full range of products, including flavors other than the original, according to the company. It doesn’t elaborate on the specific cause of the shortage, but the pandemic no doubt plays a role — whether due to hoarding ahead of winter or some other reason is unclear, however.

The soda joins a large number of other consumer products that have experienced rolling shortages, including everything from obvious items like disinfectants to less obvious ones like antidepressant Zoloft and video game consoles. These shortages can largely be split up into two categories — those that have resulted from hoarders attempted to sell the products at higher prices and those due to manufacturing and distribution problems.