Square Enix today confirmed its plans for E3 2021, announcing that it will host another Square Enix Presents livestream in which it make a bunch of new reveals. Like most companies, Square Enix is keeping its biggest plans a secret, but it has revealed some of the games that will feature during the event. Of course, we can also make a few educated guesses about what Square Enix might show off during the event as well.

The company announced today that its Square Enix Presents showcase for 2021 will take place on June 13th at 12:15 PM PDT/3:15 PM EDT. The show will run for about 40 minutes and will apparently be headlined by the reveal of a new game from Eidos-Montreal. What that game could be is anyone’s guess, but considering that Eidos-Montreal is the studio being the modern Deus Ex games (beginning with Human Revolution), we’ll keep our fingers crossed for a new Deus Ex game.

In addition to that world premiere of Eidos-Montreal’s new game, we’ll also get an update on Babylon’s Fall, more details on the upcoming Black Panther expansion for Marvel’s Avengers, and a “deep dive” on Life is Strange: True Colors along with a look at the Life is Strange: Remastered Collection. 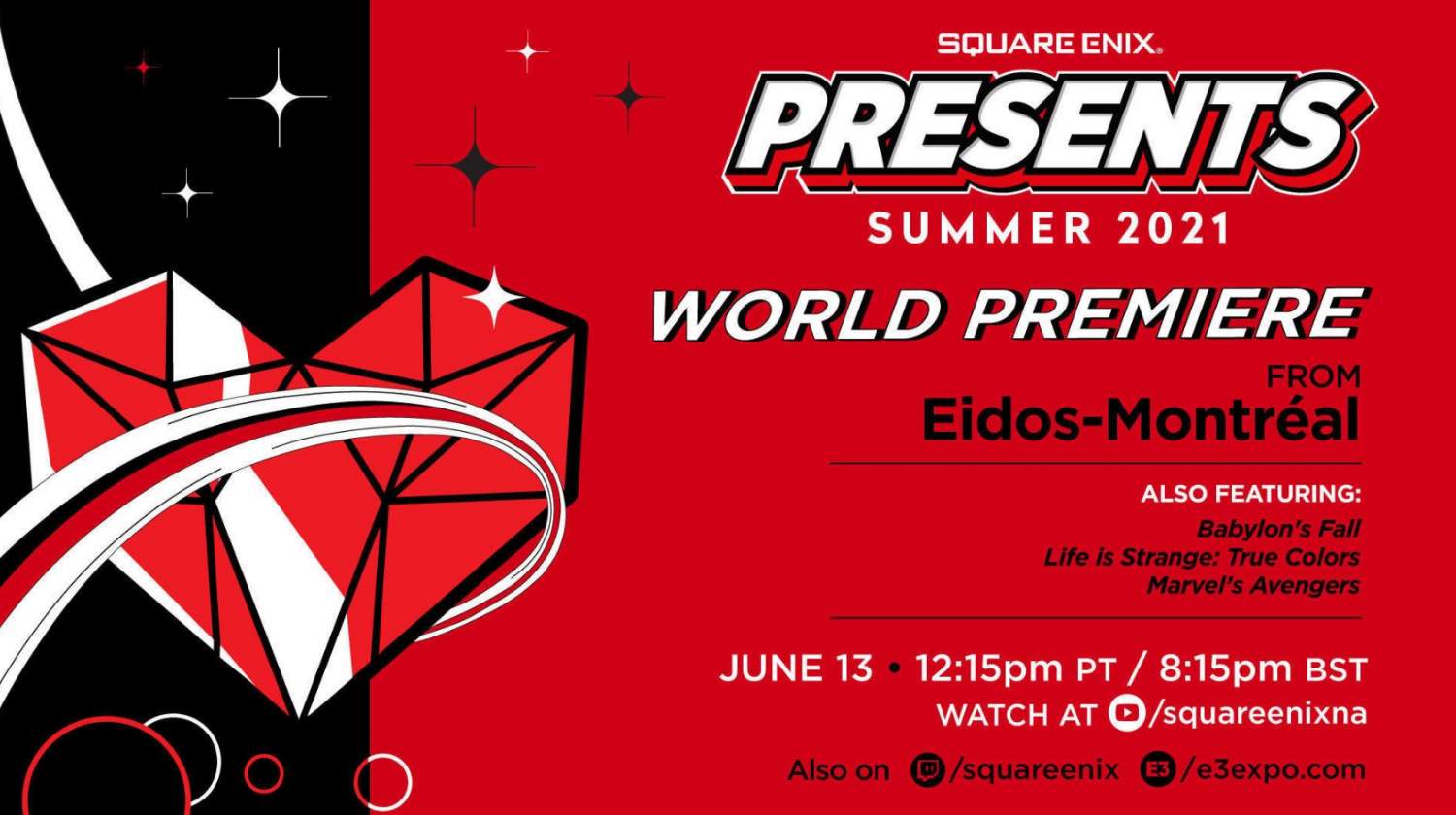 That’s all Square Enix revealed today, saying that it’s keeping the show’s lineup “mostly under wraps for now.” However, we do know of some upcoming Square Enix RPGs – Final Fantasy XVI and Project Triangle Strategy – that could make an appearance during the show. Fans have also been waiting for news on the second chapter in Square Enix’s Final Fantasy VII Remake, and E3 2021 would be a really good place to announce that.

Speaking of Final Fantasy VII Remake, it’s possible that we could get a multiplatform announcement for the first part, as its exclusivity deal with Sony and PlayStation lifted earlier this year. In short: there’s a lot that Square Enix could reveal during its show. Square Enix Presents will be livestreaming on both YouTube and Twitch, but of course, we’ll also be covering the event as it happens here at SlashGear.