Looking for the best SUV to buy in 2016? It’s shaping up to be a good year for families seeking a fresh take on a familiar formula: how to get the entire brood from point A to point B in comfort and with a dash of style while also hauling all of life’s essentials and accessories. A host of new SUVs are hitting the streets in 2016, ranging from entry-level people movers to full-on luxury cruisers, and we’ve picked five that represent the best of what’s fresh for the coming year.

The 2017 Cadillac XT5 appears on the SUV scene for 2016 to replace the hot-selling, but long-in-the-tooth Cadillac SRX. The XT5 doesn’t just sport new looks as Cadillac’s entry-level SUV, but it also rides on a completely redesigned platform that is lighter than the one it replaces, which should translate into better fuel mileage and enhanced performance. A 310 horsepower, 3.6-liter V6 sits under the XT5’s hood, and an adaptive suspension system and all-wheel drive joins a long list of available luxury features for the Cadillac, while a longer wheelbase guarantees more interior space (and seating for five). 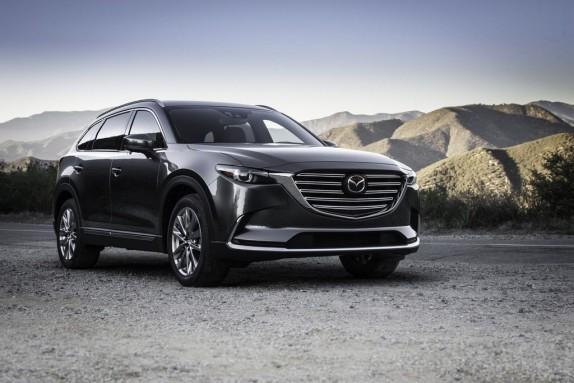 The 2017 Mazda CX-9 takes what was good about the previous model – impressive handling (for its full-size proportions), spacious seven-passenger cabin – and combines it with a modern drivetrain and updated tech features. A 2.5-liter turbocharged four-cylinder replaces the CX-9’s V6, and with 250 horses and 310 lb-ft of torque on tap acceleration remains spirited for the model. The Skyactiv engine can be paired with Mazda’s i-Activ all-wheel drive system, and the dated gauge cluster inside the CX-9 has been replaced with an optional TFT display and augmented by a head-up display and the Mazda Connect infotainment system.

Need a three-row SUV that boasts a lot more luxury than what the CX-9 has to offer? Enter the 2017 Audi Q7, which has been redesigned to shed some pounds and introduce Audi’s ‘virtual cockpit,’ an optional system that consists of two drive-facing displays that immerse you in vehicle information such as navigation maps or media options. You can choose between a 333 horsepower, 3.0-liter supercharged V6 or a torque-happy turbodiesel engine when ordering the Q7, each of which comes standard with quattro all-wheel drive. 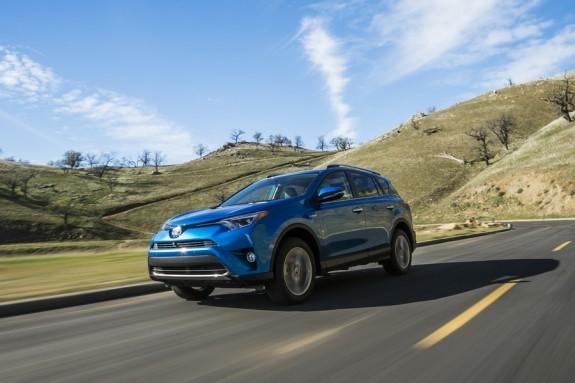 The 2016 Toyota RAV4 Hybrid marks the first time that the Japanese brand has made a gasoline/electric drivetrain available in its compact SUV. The payoff is immediate: you get 34-mpg in city driving and 31-mpg during highway cruising to go with the vehicle’s 194 horsepower and included all-wheel drive system. This makes it mightier than the gas-only RAV4, giving you more than just fuel efficiency to be thankful for when paying the Hybrid’s premium price tag. The five-passenger Toyota RAV4 Hybrid feels like the missing piece of the company’s SUV line-up, and should offer strong appeal to eco-conscious buyers.

The second Mazda on our list of the best SUVs to buy in 2016 – the CX-3 – isn’t aimed so much at families but rather young couples who need room for their stuff rather than friends or children. The back seat of the 2016 Mazda CX-3 is admittedly cramped, but fold the row forward and you’re treated to a respectable amount of cargo space. Even better is the nimble handling that comes hand in hand with the CX-3’s well-tuned chassis and low-mass platform. A 146 horsepower, 2.0-liter four-cylinder engine and available all-wheel drive round out the Mazda SUV’s package. Read our first drive with the CX-3.