Generally speaking, superhero video games have a bit of a checkered past. There are some that are amazing, such as Rocksteady’s Batman: Arkham games, but many more are just mediocre or outright bad. Marvel’s Spider-Man, which was released this year as a PS4 exclusive by Insomniac, is not one of those bad superhero games that have plagued us for decades.

Back in the dark ages that were the early aughts, I received a copy of Spider-Man 2 for PlayStation 2 as a birthday gift. By the time this game debuted in 2004, Spider-Man was already a common sight in gaming. For almost as long as people have been making mass-marketed video games, they’ve been making games about Spider-Man.

Spider-Man’s gaming history closely follows that of superhero games in general. There were some that were good, but more than weren’t anything special and a few that were just plain offensive. Still, just like Sam Raimi’s Spider-Man trilogy did a lot to revive the superhero genre of movies, Spider-Man 2 did a lot to make the webslinger a video game star. 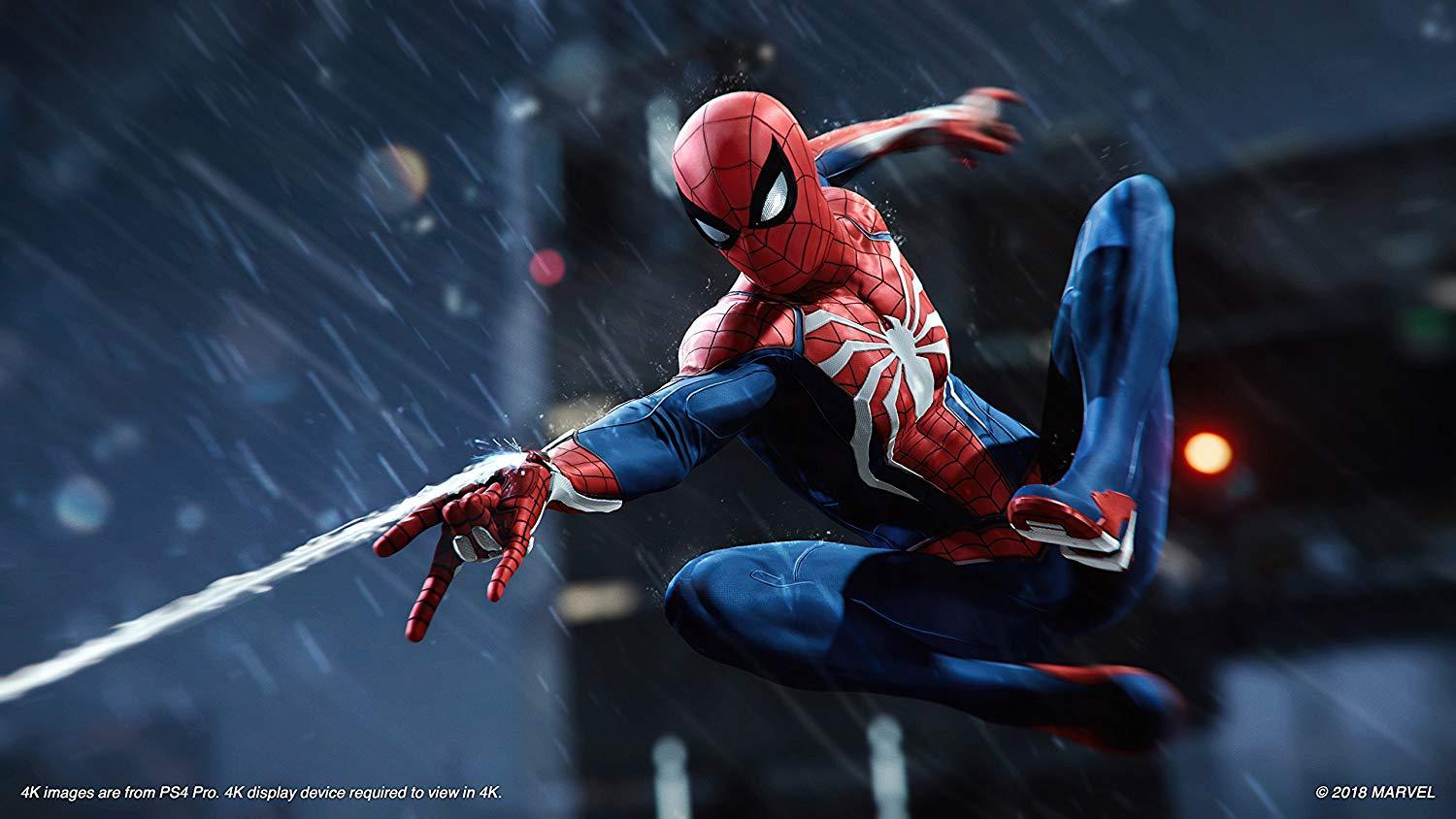 Those who were around at the time will remember that there was a big to-do about the way Spider-Man used his webs in Spider-Man 2. In previous games, Spider-Man would swing from webs that had no clear anchor point, which was probably much easier for developers but didn’t make much sense from a logical standpoint – if Spider-Man is fighting the Green Goblin well above the New York skyline, he shouldn’t be able to use his webs, right?

Spider-Man 2 changed this, putting special focus on web swinging. The final product was wildly successful, and people sang the praises of Spider-Man 2 for years afterward. The rest of the game was great, but this was the first time in the hero’s vast portfolio of video games that we could honestly say that we felt like Spider-Man while playing.

Fast forward to 2018 and we’ve heard the phrase “it makes you feel like you’re really Spider-Man” more times than any of us care to count. The successes of Spider-Man 2 have been reused and iterated upon many times in the last 14 year, and it quickly got to the point where having good web swinging was no longer the selling point it once was. Spider-Man games needed to do more, and a lot of them failed in that regard.

For me at least, Marvel’s Spider-Man is the game that returns the superhero to his former greatness. Of course, we expected as much out of Insomniac, which has a long history of putting out great games. The interesting thing about this installment is that it manages to be great without doing a ton that’s different from its predecessors – there’s still a focus on web swinging, there are plenty of side missions dotted around Manhattan, and throughout the game, we go toe-to-toe with a variety of Spider-Man’s enemies. 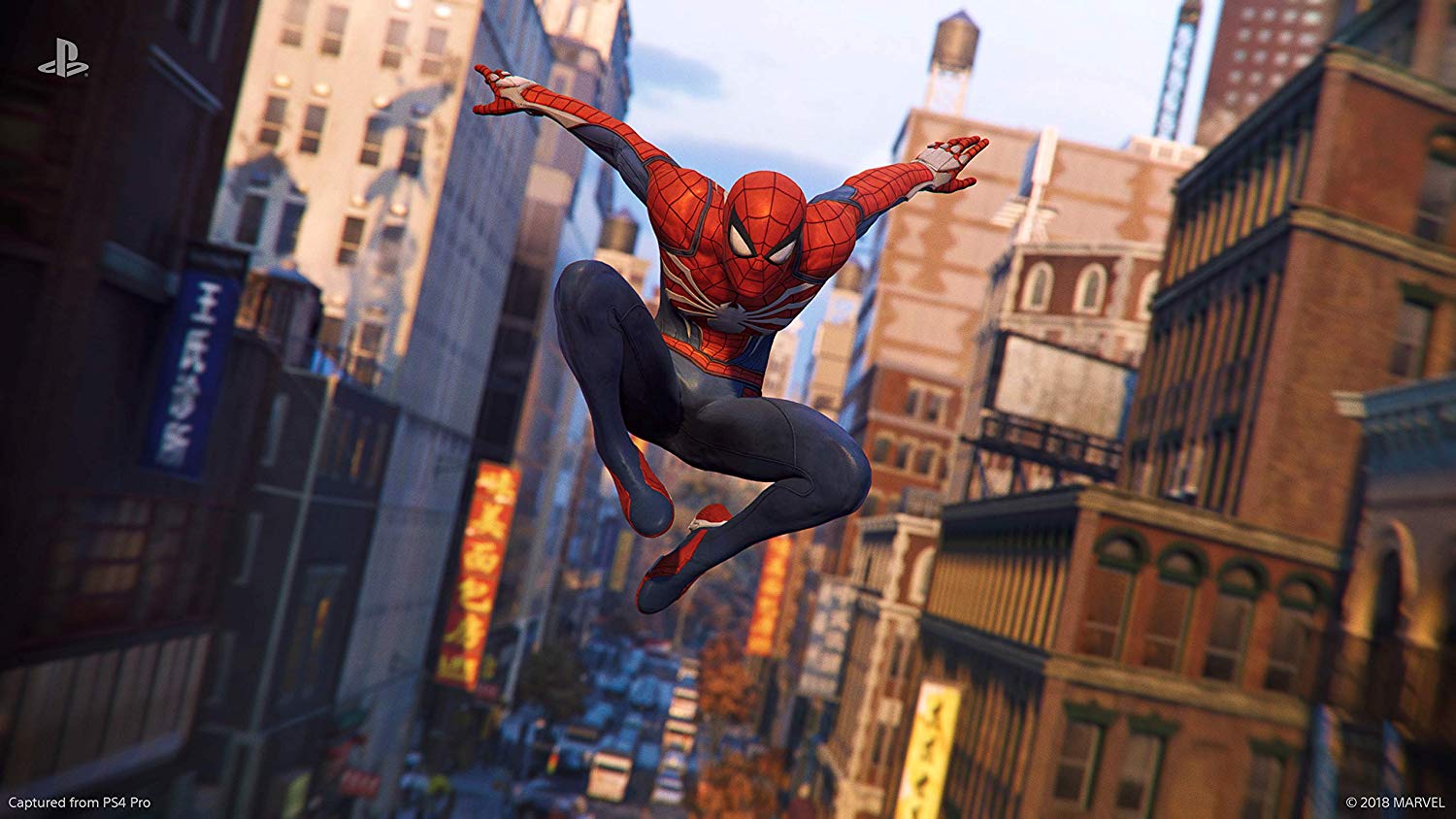 Web swinging in Spider-Man feels better than it ever has before. It’s complex at first, but once you have a handle on it, you’ll be soaring through the skies of New York City like you’ve been doing this for years. There is a fast travel system in Spider-Man that allows you to travel to certain points of interest around Manhattan’s various districts, but I never really found myself using it.

That’s because getting from point A to point B by web swinging is just so much fun. I fully expect that most people who have played Spider-Man have spent at least some time just swinging around Manhattan with no particular goal in mind. I’ve done that a few times after booting up Spider-Man, simply because Insomniac really nailed how web swinging in a Spider-Man game should feel.

Obviously, good web swinging isn’t the only thing that makes a Spider-Man game worth playing. Perhaps it was back in the days of Spider-Man 2, but here in 2018, Spidey needs to offer a little bit more in his games if they’re going to hold our attention. Luckily, Insomniac was firing on all cylinders with this one, and gave us a superhero game that is great throughout. 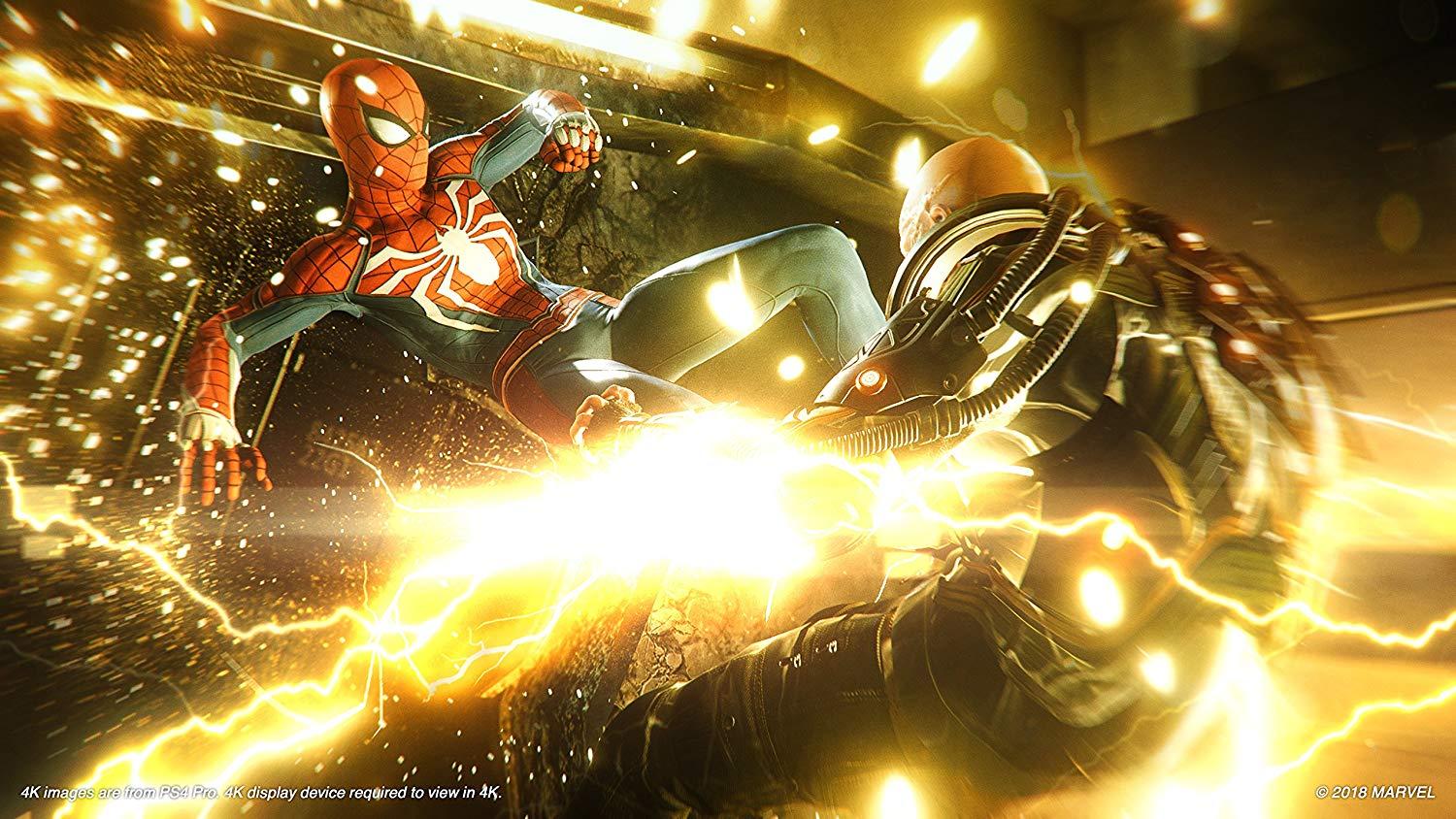 The narrative follows the heroics of Spider-Man along with the life of Peter Parker. It’s true that Peter Parker’s life is a little more mundane than Spider-Man’s, but there’s still some drama to be found there, from his work in the lab with Otto Octavius to dealing with the emotional fallout of his split from Mary Jane Watson. It may not sound very exciting to hear me describe it here, but Insomniac does a good job of balancing Peter’s arcs with Spider-Man’s, and in fact, the stuff that happens when Peter isn’t wearing the costume generally set the stage for Spider-Man’s more action-packed segments.

Now is a good time to point out that the voice acting in this game is excellent as well, at least in my opinion. That’s actually a tricky thing to nail with Spider-Man, as he’s supposed to be this wisecracking kid that should be annoying to his enemies but not annoying to viewers (or players in this case). While previous iterations of Spider-Man have bordered on annoying, the one we get in this game is acted wonderfully.

Still, the game isn’t without its faults. Like many Spider-Man games, the generic crime fighting you can partake in becomes a little repetitive after a while. Beyond that, I’ll also say that as much as I liked how the story featured playable characters other than Spider-Man, their segments often became boring or frustrating. It’s cool at first, but it isn’t long before you find yourself looking forward to getting back to the Spider-Man segments. 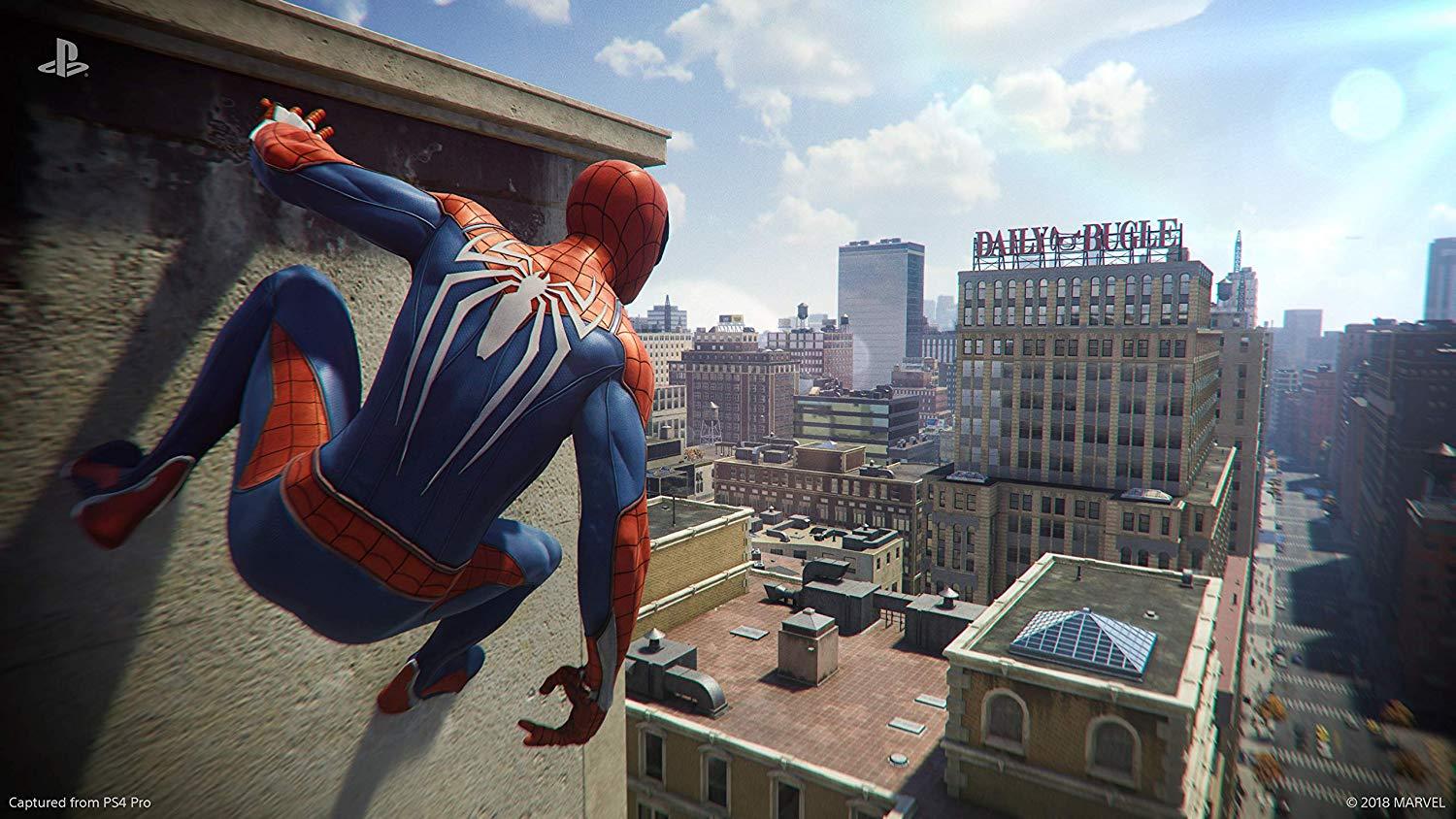 Those complaints don’t really detract greatly from the overall experience, though. Spider-Man is still a spectacular game even if it stumbles in spots. Insomniac took on the monumental task of making us interested in Spider-Man games again, and I think the studio succeeded with flying colors. I’d hope for someone to give the same treatment to Superman, but at this point, I don’t think anyone can make a compelling game featuring the Man of Steel.

In any case, just writing this article makes me want to dive back in, even though I’ve experienced most of the content the game has to offer. Maybe I’ll go finish finding all of the game’s hidden backpacks or unlocking all of its suits, which are basically a love letter to the decades-deep Spider-Man mythos. Maybe I’ll give New Game Plus a spin, or finally start the DLC Insomniac has released for the game. Maybe I’ll just go for a swing around Manhattan and look for some good photo opportunities among the rooftops.

Regardless of whether or not my time with Marvel’s Spider-Man is done or if I return to the game to tie up my loose ends, I’ll be looking forward to whatever is next. Though Insomniac and Sony haven’t confirmed it outright yet, it’s pretty clear that things don’t end here. Hopefully Insomniac can push their vision for Spider-Man a little bit further in the next game, because I’m very excited to see what the studio can do when it no longer needs to prove to us that it can do Spider-Man justice, as this game proves it beyond a shadow of a doubt.