If, at the beginning of the year, you were worried that the new God of War title was just a cynical money grab from Sony, you definitely weren’t alone. After all, the God of War series had a pretty good run back in the days of the PS2 and PS3, but it overstayed its welcome and ended up going out with the whimper that was God of War: Ascension. It wasn’t hard to imagine that Sony was simply tapping a dormant franchise to squeeze more money out of fans of the series, with no real intention of returning the franchise to its former glory. That’s just what big publishers do.

Here in December, it seems ridiculous to have ever even considered that God of War could have been the product of such short-sightedness. Not only was it good, it was better than any God of War game that came before it, deeper in both scope and story. God of War needed to evolve if it was going to resurface in 2018, but what Sony Santa Monica delivered takes the series to a whole different level, and none of us were expecting that. 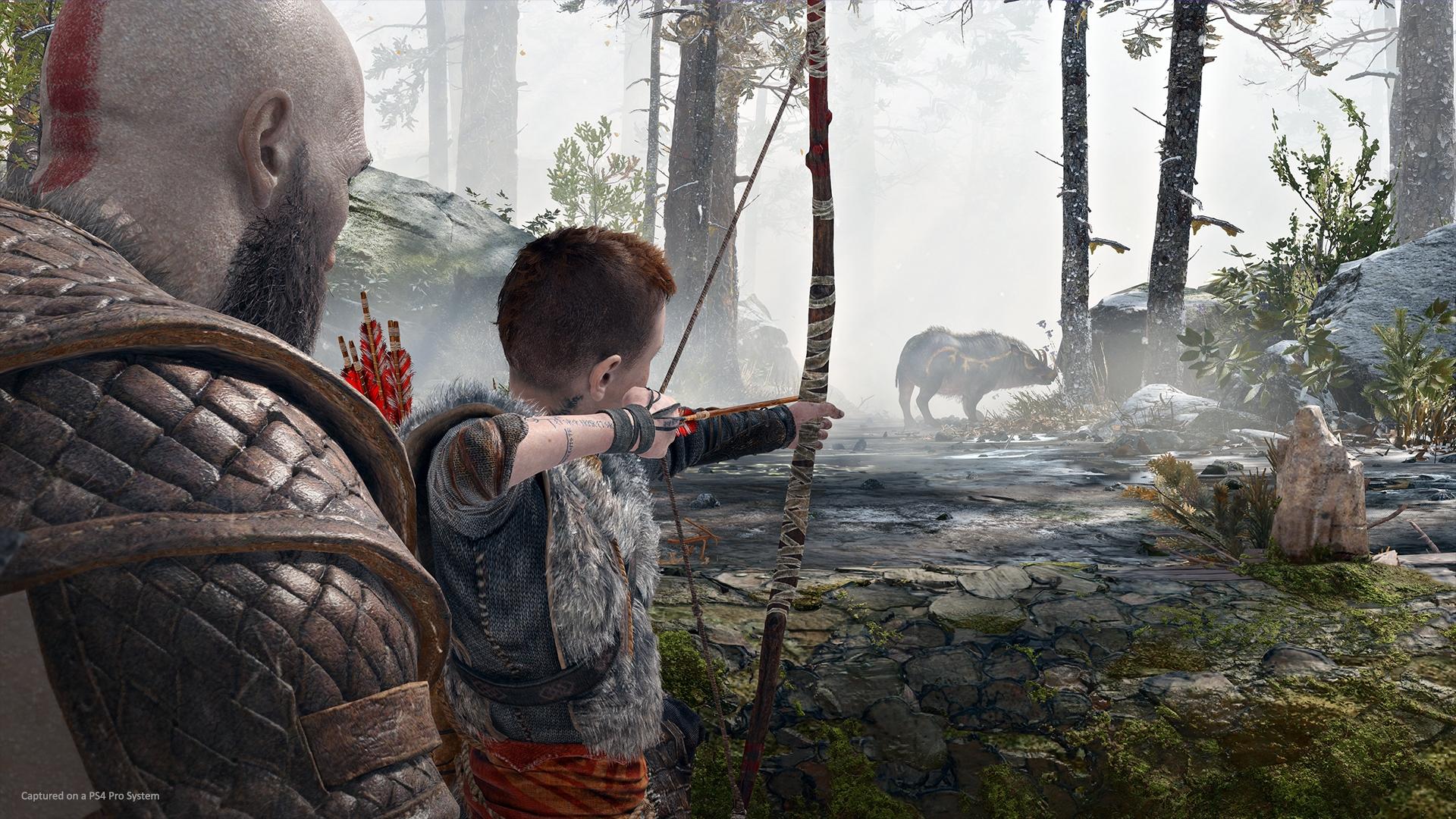 That isn’t to say that the original God of War trilogy was bad, of course. The first God of War and its two sequels can be counted among the best action games ever made. They weren’t exactly deep, though, as they primarily revolved around Kratos slaying his way through the Greek pantheon to exact his revenge on the gods. Kratos was a fairly flat character, always angry at whatever injustice the gods had passed onto him this time, and we never really saw another side of him.

In 2018, Kratos has chilled out a little bit. He’s no longer the burning ball of rage he once was, but he’s not really a charming, outgoing guy either. At the beginning of God of War, he comes off as someone who is simply trying put his past behind him and enjoy a quiet life with his family. His wife’s death prior to the events of the game put a wrinkle in those plans, as does a visit from a man who is later revealed to be Baldur, one of the Norse gods. Baldur’s arrival is the catalyst he needs to begin his quest to scatter his wife’s ashes on the tallest peak in all of the realms – her dying wish.

Kratos is accompanied on this journey by his son, Atreus. Atreus was one of the big question marks for me heading into God of War. AI companions don’t really have the best reputation, and for good reason. Often times those companions are one-dimensional characters that make the game less fun by either being incapable of doing anything or just being annoying.

Atreus, however, came as a pleasant surprise. He’s is a character who has just as much depth – possibly even more – as any other character in the game, including Kratos. Atreus is one of the major drivers of the story; he’s mourning the death of his mother just as Kratos is mourning the death of his wife, and it’s very interesting to see how both characters handle their grief. He’s a wonderfully acted, varied character too, bringing a lot of emotion to a game that may have otherwise lacked it with just Kratos alone. 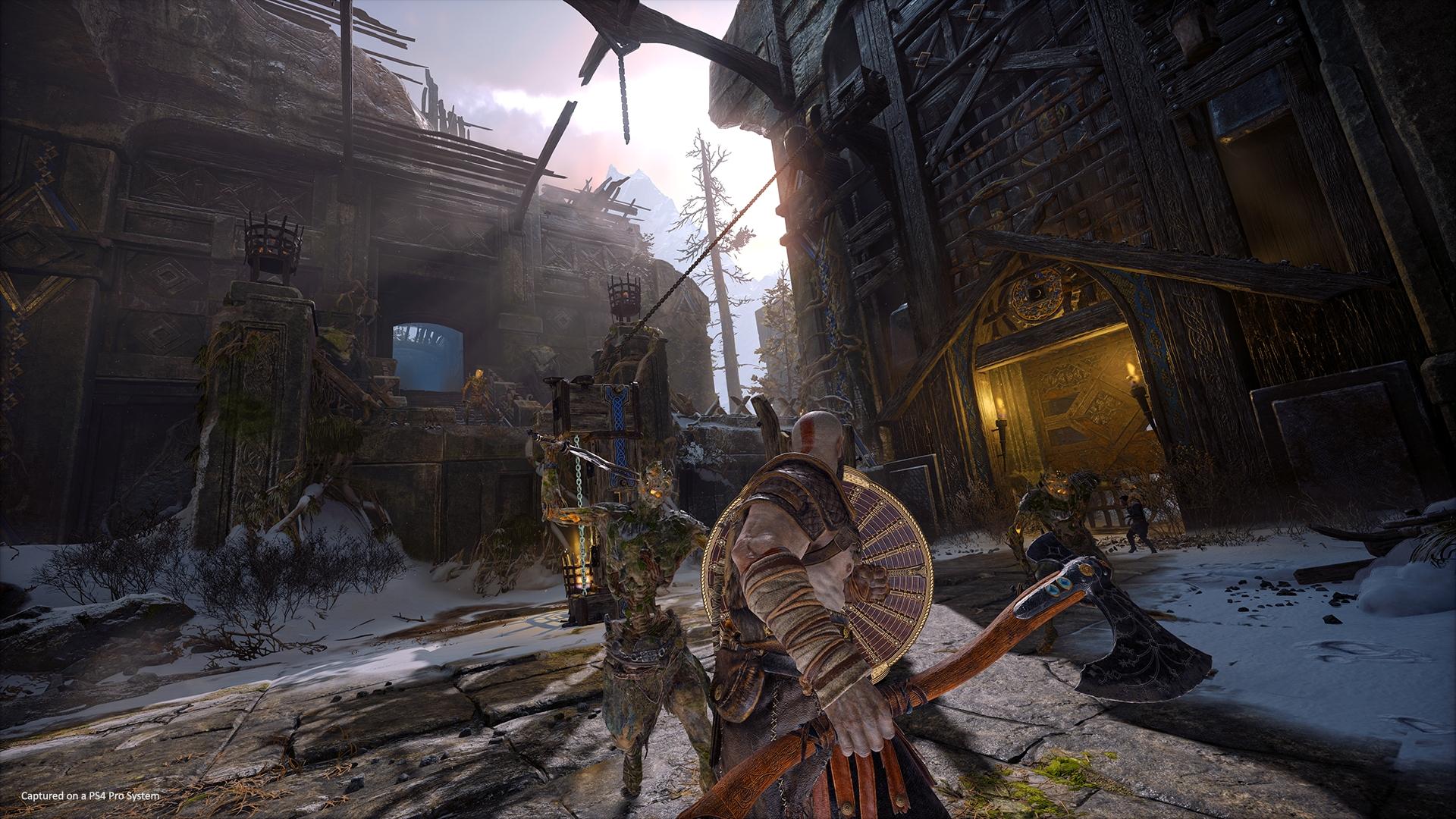 He’s also invincible, happily, so skirmishes and boss battles don’t turn into this not-fun minigame of trying to keep Atreus out of danger while at the same dispatching your enemies. His bow abilities are actually useful too, and can be upgraded separately from Kratos’s skills and equipment. Investing upgrade points into Atreus is well worth it, because he brings a lot to the table when it comes to assisting Kratos in battle.

The entire narrative that centers around Atreus and Kratos shows us a boy who wants to be accepted as a son and a man who is struggling to be a single father. At the beginning, Kratos struggles with basic concepts like empathy and compassion, and he’s never really willing to drop his tough-guy persona and show some vulnerability, even though his life has been more miserable than most. I wouldn’t exactly say that he transitions into a loving, caring dad throughout the course of God of War, but by the end of the game, his facade is definitely beginning to show some cracks. 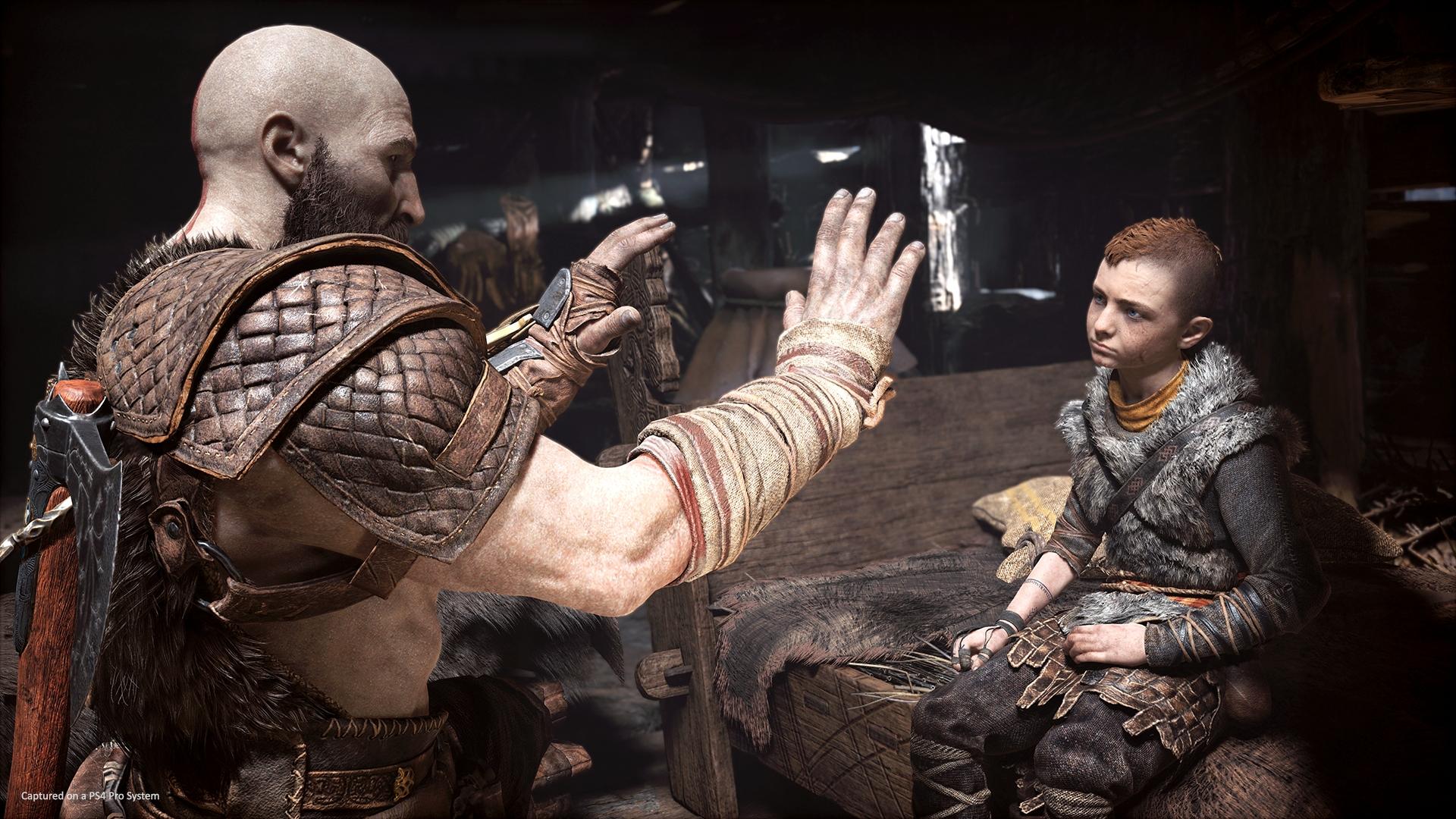 Still, it feels like Kratos grew more as a character in this one game than he did in the entirety of the original trilogy, and that’s largely helped along by the presence of Atreus. After playing through the main story and completing a lot of the side missions, it’s impossible to imagine this game without Atreus by Kratos’s side. I certainly don’t think that the game could have been as good as it is without him, and that should speak volumes to how much work Sony Santa Monica put into making sure that he was there for reason.

Then we have the other big change from previous God of War games: the Leviathan Axe. Gone are Kratos’s quick and light Blades of Chaos (at least at first) and in their place is a magical axe – much more appropriate for the Norse setting we find ourselves in. Combat underwent some major changes in the jump to this new God of War game, and now it feels a lot more deliberate and thought-out. Whereas before you were spamming different attacks to keep a combo going and chip away at your enemies, here things are going a little bit slower, giving you time to plan an attack. 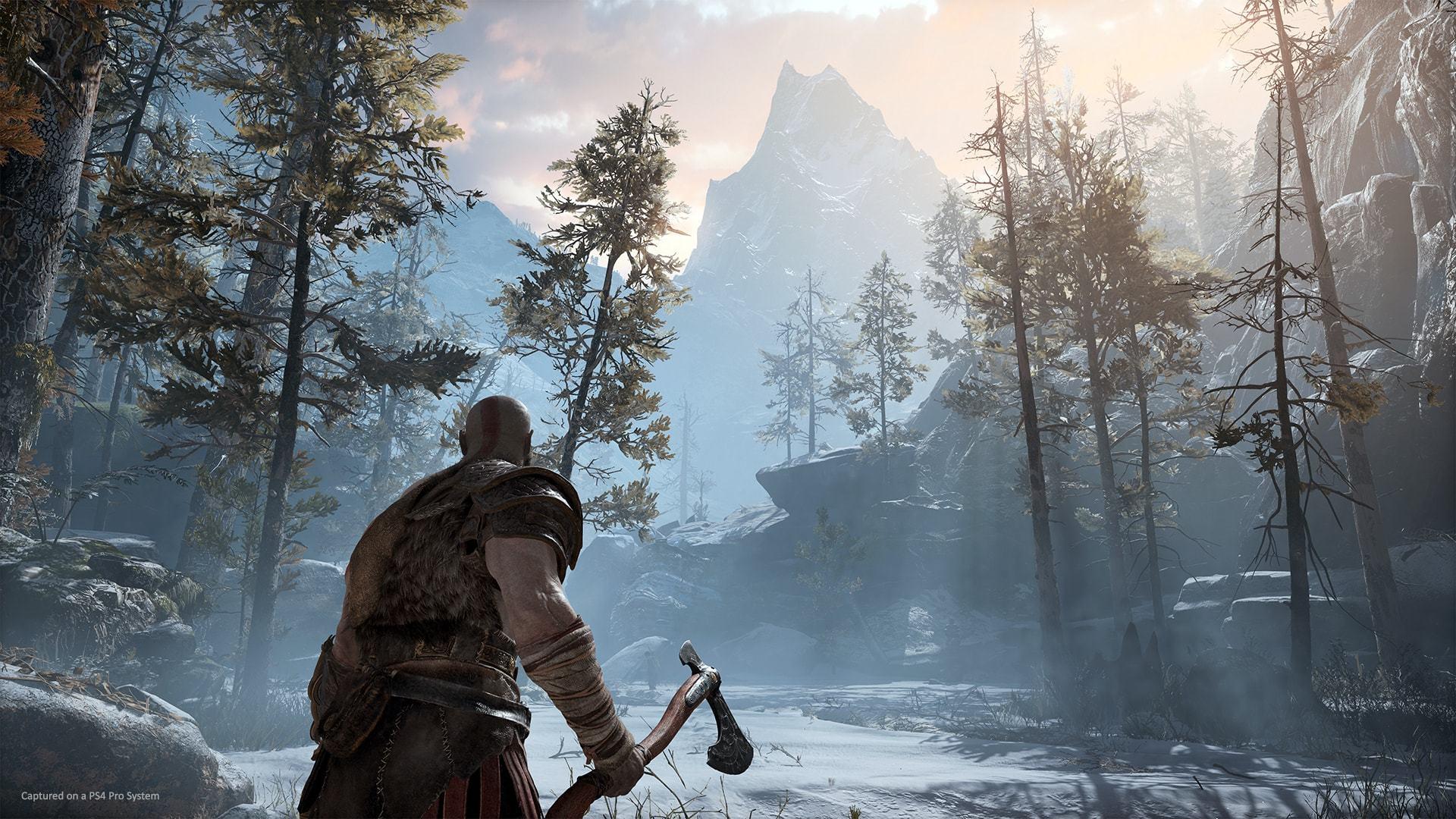 You can still do crazy things with the axe, of course, but in general, combat feels a little less hectic than it did in previous games. The upgrade and customization system for it is pretty deep as well, so much so that the axe almost feels like a third character in addition to Kratos and Atreus. Though you still get to wield the Blades of Chaos later on in the game and make a partial return to the fast-paced combat of previous games, the axe is definitely a refreshing change.

There’s just so much that’s good about the game that I could go on for paragraphs and paragraphs about what it does right. It’s beautiful from top to bottom, the voice acting is excellent all around, the story is great, the script is great, the setting is great; every aspect of this game just seeps quality. 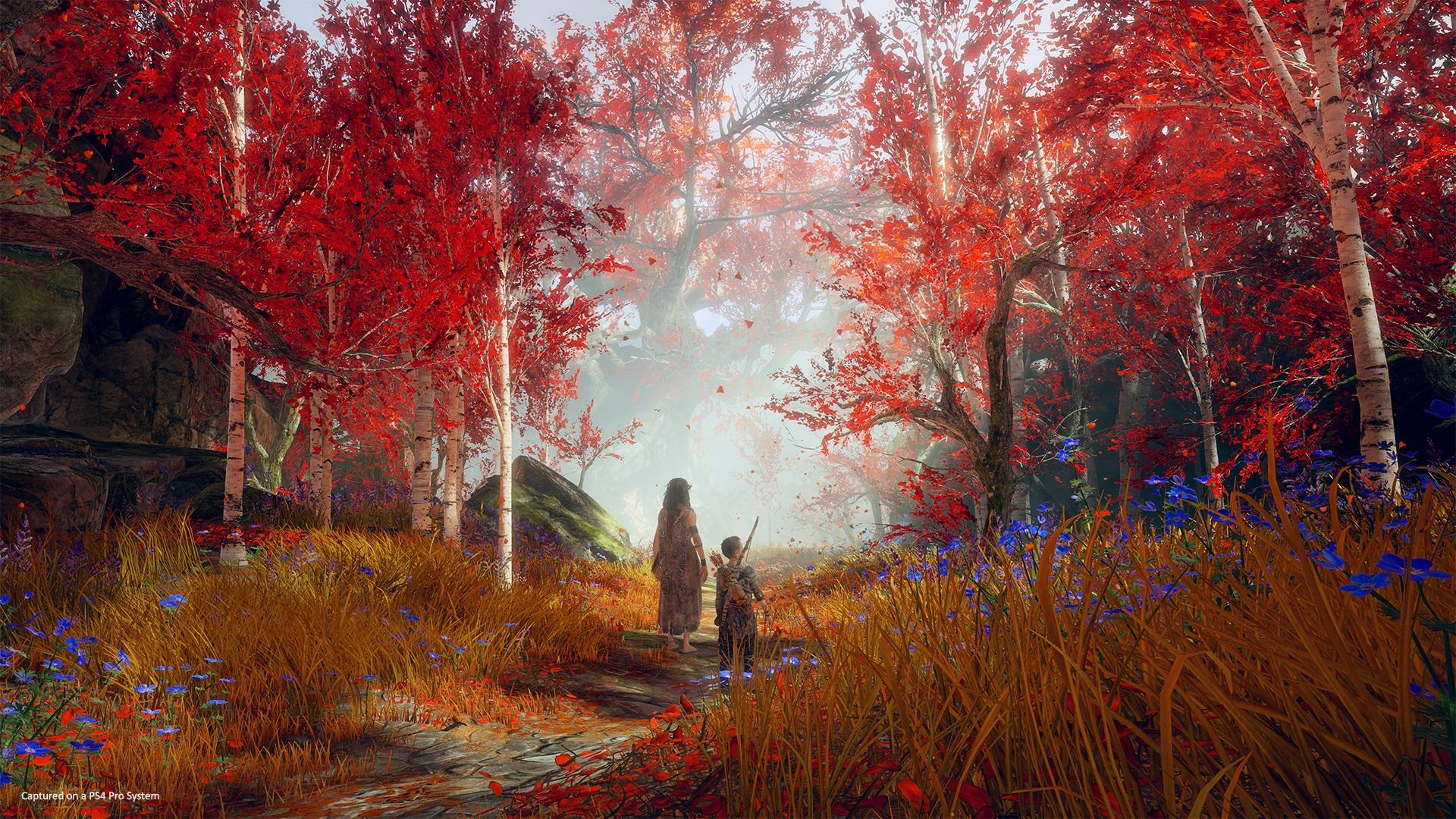 Games that manage to reinvent themselves while keeping so much of what made their predecessors good are a rare sight. God of War is undoubtedly one of those games – one of the best of the generation, in fact, and it’s the new gold standard for re-launching a dormant franchise. Any company that wants to bring a game series back from the dead could definitely learn some very valuable things from Cory Barlog and his team at Sony Santa Monica.

Instead of feeling fatigued like I should after more than a decade of God of War releases, I find myself excited to be starting what is likely a brand new trilogy. If you’ve yet to play the new God of War, you really should make it a priority, as it’s a game that deserves all the Game of the Year accolades it will surely earn here at the end of 2018.