The Best Games of 2016: Pokemon Sun and Moon

You may not know this about me, but Pokemon and I go way back. From the moment my mom bought me a Game Boy Pocket and a copy of Pokemon Blue at the now-closed KB Toys in my local mall, I’ve been hooked. I wasn’t the only one either, and in the past 20 years, Pokemon has become as much of a cultural sensation as Superman or Mickey Mouse. In that time, though, the series hasn’t strayed much from its tried-and-true formula. That all changed with Pokemon Sun and Moon.

Pokemon Sun and Moon, for lack of a more poetic phrase, feel like a breath of fresh air for the Pokemon series. Even though Sun and Moon will be familiar to anyone who’s ever played a Pokemon game at first, closer inspection and further playtime show two games that take more risks than any main series Pokemon game since Red and Blue. The fact that they embrace change rather than what’s worked in the past give them the distinction of being two of the best games of the year.

As a fledgling Pokemon trainer, you’re no longer tasked with traveling the world and conquering gyms to prove your ability. Instead, you’ll adventure across four islands in a topical archipelago, participating in island trials that usually amount to something more than a single Pokemon battle. By doing nothing more than switching up the setting, Pokemon Sun and Moon feel immediately distinct from their predecessors.

There’s also an attempt at an actual story this time around. Though it’s not the best video game story by any means, it’s wonderful by Pokemon standards. Pokemon Sun and Moon‘s story tries to deliver messages on the dangers of pursuing beauty and power over everything else, the value of determination, and how having the courage to take that first step into the unknown can transform someone for the better. 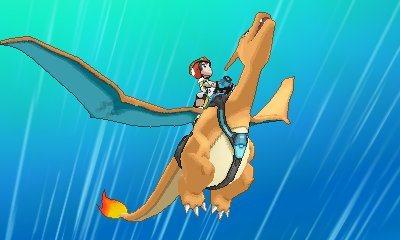 It’s cheesy and a little strange at times, to be sure, but it’s also much better than the paper-thin “friendship is the most important thing of all” narrative most Pokemon games follow. Even though I probably won’t be able to relay any of the major plot points from Sun and Moon six months from now, what’s there makes me excited to see the writers at Game Freak flex their storytelling muscles in the future.

Other changes to the Pokemon formula aren’t quite so sweeping. Getting rid of hidden machines – moves that Pokemon previously had to learn just so you could navigate the overworld – and replacing them with a roster of Pokemon you can summon at any point was an excellent move. The result is that you no longer feel like you’re sabotaging your team by teaching them moves that aren’t very useful in battle.

Wild Pokemon can also call for help in battles now. Even though it’s annoying at times, the idea that a Pokemon would send out a cry for help when it’s in danger makes sense, and Game Freak cleverly turned this SOS system into a way to encounter rare Pokemon. In the end, it gives you another way of hunting Pokemon, and after 20 years of the same-old-same-old, it’s a welcome addition. 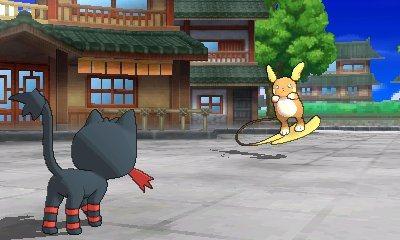 In Pokemon Sun and Moon, competitive play is no longer merely the domain of people willing to invest dozens of hours into raising perfect Pokemon. As a result, this is possibly the most accessible game in the series, both for new players and for players who have always wanted to play competitively, but never had the fortitude to see the grind through to the end.

READ MORE: Pokemon Sun and Moon ReviewEven better is the fact that new Pokemon make for some of the strongest expansion monsters in the entire series. What once started as 150 Pokemon has ballooned to just over 800, and as previous generations have shown, keeping designs for new ones original and interesting can be difficult. That isn’t so much of a problem with Sun and Moon, as a surprising number of them not only look cool, but are useful throughout the game as well.

In truth, my reasons for what make Pokemon Sun and Moon so great are likely going to be lost on folks who have never played a Pokemon game before. If you fall into that boat but have thought about picking one of them up, here’s all you need to know: Pokemon Sun and Moon offer an excellent monster collecting RPG experience wrapped in an beautiful package. They’re perfect games to play when you want to unwind at the end of the day, as they offer so much to occupy your time with. 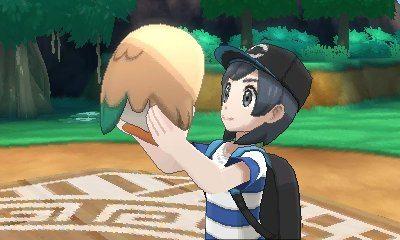 I said in my review of Pokemon Sun and Moon that 10 years from now, they’ll be considered two of the best 3DS games ever made. That’s no small task, considering that the 3DS has one of the strongest libraries of any console I’ve ever owned. After spending more time with Pokemon Sun since the review was published, I’m even more convinced that Sun and Moon will be remembered as a high point for the 3DS years from now.

Many games have tried to emulate the success of Pokemon ever since Red and Blue first released nearly two decades ago. To this day, Pokemon still stands as the pinnacle of its niche, and Sun and Moon only serve to make that dominance stronger. Frankly, they’re must-own games for anyone with a 3DS, whether you’re a newcomer to the series or a 20-year Pokemon Champion.

Throughout the month of December, we’ll be highlighting some of the best games of the year here at SlashGear. The idea is not to eventually crown one as the best of them all, but rather to really dig into what makes these games so great. You can see previous articles in the series in the timeline below, and more are on the way, so stay tuned for the rest! If Pokemon Sun and Moon sound like your kind of game, you can buy them now for Nintendo 3DS.