The Apple Tax – A concept of economics

For those who’ve been monitoring consumer technology long enough, the term ‘Apple Tax’ will be familiar. It’s a phrase coined in the late aughts to cleverly describe the high price tag of Apple devices, like the Mac. Prices are still high, but with other manufacturers creating similarly beautiful and expensive machines, ‘Apple Tax’ has slipped out of our vernacular. Without us paying attention, Apple resurfaced it as a real tax levied against how you use your devices.

The Apple Tax: a brief history

Around 2008, when Apple was in a full-on comeback from near bankruptcy a few years prior, Apple Tax was applied to just about every piece of hardware it produced. Many compared specs of a Mac versus a PC and loudly thumped their chest that Apple was taking advantage of consumers. On a purely technical level, it was — at least at the time. This was well before Apple went all-in on designing truly custom components for its machines.

Of course, the ‘it just works’ mantra was Apple’s retort. Largely correct compared to fussy PCs of the era, it was still a bit of reality distortion meant to instill trust in the brand and get consumers to extend their credit just a bit further for a Mac.

It worked, too. Then everyone began catching up, and Apple elegant sheen was less glowing. Now, a top-end HP Spectre and MacBook are distinguished mainly by the operating systems.

A core tenet of a tax is that you can’t avoid it without some careful maneuvering. So it goes with Apple services. Photos is Apple’s go-to service for managing your photo library, and it’s really good. Between Live Photos and the new Memories feature that cobbles together like images and videos based on location to create slideshows — as well as some very good editing features — the Photos app is great.

The same can be said for iCloud, especially if you also use a Mac. While Apple treats it more as a repository for files rather than a forward-facing solution as Google does with Drive, iCloud is still pretty adept. Third party apps can also use it to sync and store files – Then there’s Mail, Notes, Keychain, and backups; Calendars have to be synced, too. All of this relies on iCloud. Apple gives you 5GB, but that’s just enough for a backup and a very light photo gallery. So you have to buy extra storage, which you pay for monthly. One dollar gets you 50GB, which is adequate if you are one to delete photos and carefully manage your mail folders. But it scales from there. 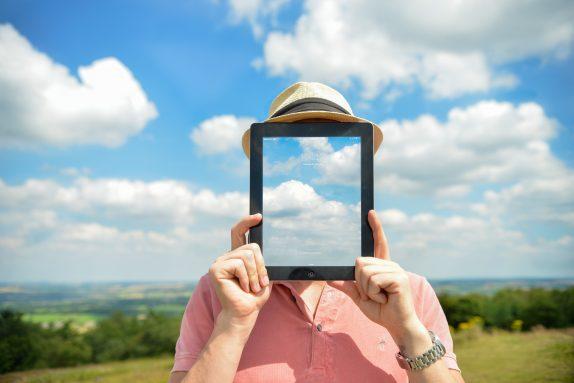 Many users will find comfort in the $2.99 per month iCloud plan that earns you 200GB of iCloud storage. If you’re taking a lot of photos and videos, this is a great choice. Either way, it’s added cost. And if you want to stream music, it gets worse.

Apple Music has one tier: $9.99 per month. There are ways to skirt it — you get three months free on initial sign-up and Apple Music gift cards bring the service to you for $99 per year (which is two free months for pre-payment) — but it’s still an added cost.

The positive takeaway is that you can avoid the tax — but it’s not easy. If you wanted to sidestep iCloud’s dollar-minimum, it takes manual device backups to iTunes on a desktop and (probably) forgoing Photos sync. That’s just for starters; if you want to get really tucked into that free 5GB, you’ll have to disable iCloud for most third-party apps, too (just to be safe). You also don’t have to stream music. There’s always iTunes, and several third-party apps that have free streaming tiers available.

The issue is taking those steps is finicky and time consuming. In our ‘set it and forget it’ society, we just want things to work, which is what Apple promised with the Apple Tax all those years ago – and it’s still making good on that promise — but again wants more of your dollars to do so. Without paying attention, you could end up paying an additional $13 or more every month for Apple services.

This is a luxury tax, too. Apple hasn’t edged away from high-cost computers, so you’re still paying the original tax. If you want to live that good, comfortable life as designed — these taxes are unavoidable according to the Apple doctrine.