Chevrolet has taken the wraps off the 2021 Colorado, and if your primary complaint had been that the last-generation pickup was unmemorable then there’s some excellent news. Chevy’s midsize truck is getting a serious makeover for the new model year, with the 2021 Colorado ZR2 making that abundantly clear.

At the front, there’s a new flow-through “Chevrolet” front fascia, lettered rather than badged with the Chevy bowtie, and a far more aggressive aesthetic than previous models. It’s not just for the style, however. The automaker says that the pickup’s new snout also helps with front visibility. 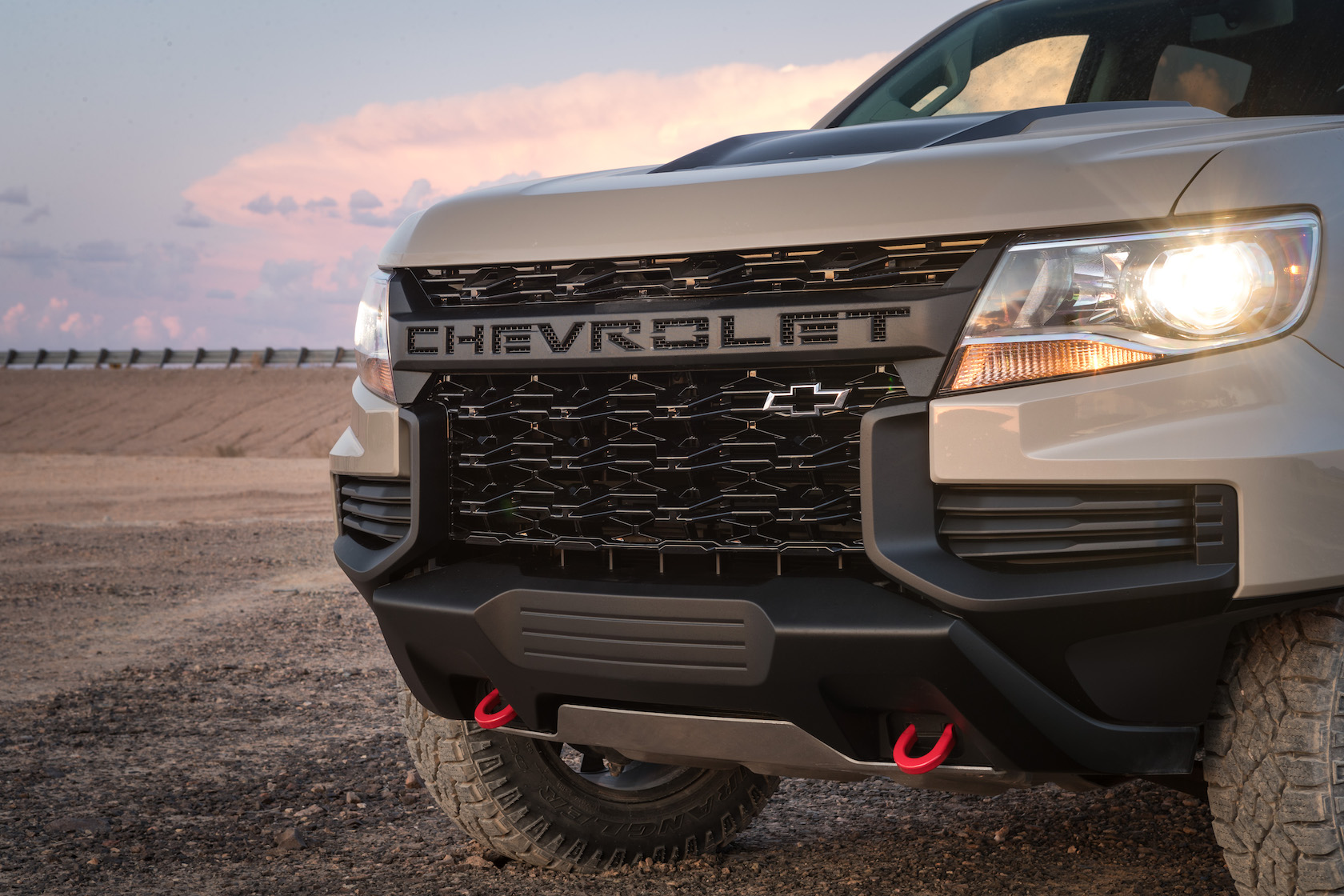 Meanwhile, the new ZR2 also gets Multimatic DSSV position-sensitive dampers, together with rear electronic locking differentials. The suspension is lifted 2-inches compared to the regular 2021 Colorado, while the track is 3.5-inches wider. There’s added rocker protection on the understanding that you’re probably going to be going off-road, along with multiple skid plates and cast iron control arms, and Chevy includes an Autotrac transfer case and red tow hooks as standard too.

It’s fair to say that not every 2021 Colorado is going to look quite as extreme as the ZR2, mind. Chevrolet says that – as it has done with its larger pickups in recent years – it plans to better distinguish between different trims visually, so you can tell which is which by more than just the badging. 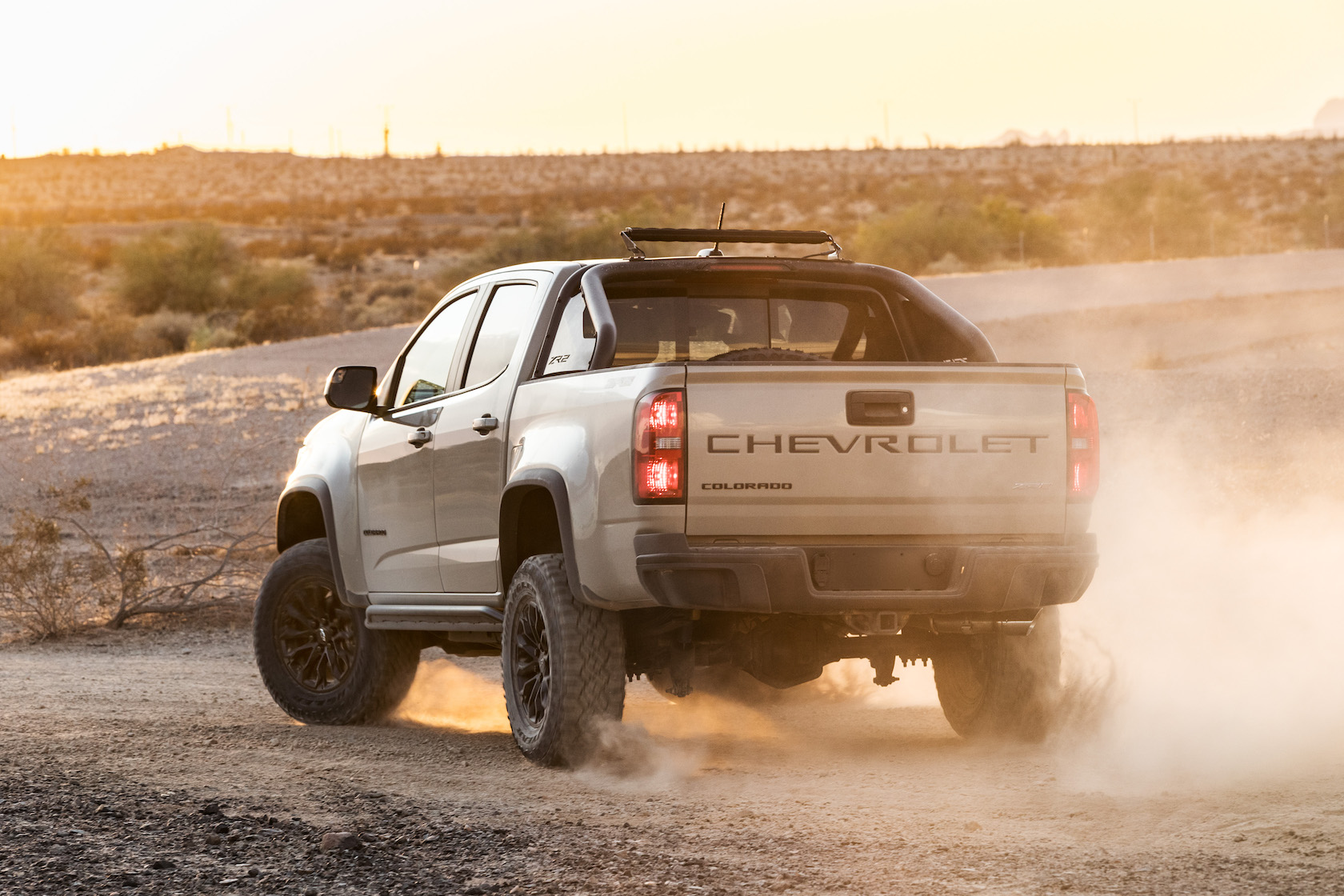 The redesigned Chevrolet bowtie will be standard, along with embossed Chevrolet tailgates rather than the bowtie on the rear. Colorado WT, LT, and Z71 trims will get updated center bars, lower fascias, and front skid plates for the new model year too. WT and LT trims will have gold bowtie logos, while the Z71 switches that to black.

As for the paintwork, there’ll be a new “Sand Dune Metallic” finish offered on the Z71 and ZR2 exclusively. As you can see in these initial images of the 2021 Colorado ZR2, it’s rather fetching.

The rest of the range will be revealed between now and the 2021 Colorado’s full launch, with production and an on-sale date expected next year. Chevrolet will be building the truck at its Wentzville Assembly Center in Wentzville, Missouri. Pricing will also be confirmed closer to launch, but the current model starts at $21,300. 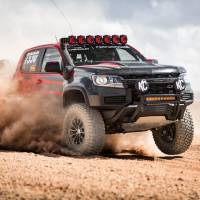 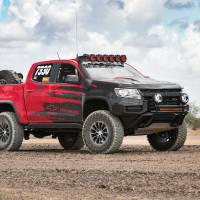 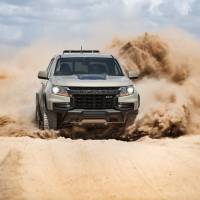 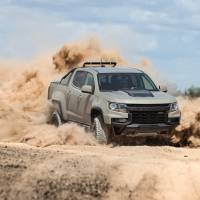 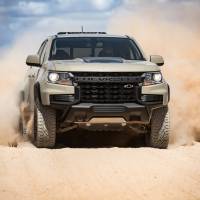