The 2019 Mercedes-AMG CLS53 is one mean-looking hybrid

There’s no denying that Mercedes-AMG makes a good looking sports sedan, and the 2019 AMG CLS 53 is an excellent example of the breed. Announced at the Detroit Auto Show 2018 today, the (arguably most striking) member of the new 53-series promises no shortage of speed from its 429 horsepower. However, there’s also an electrified surprise under the hood.

Lift that and you’ll find a 3.0-liter in-line six-cylinder engine, linked to an AMG Speedshift TCT 9G transmission. What sets the drivetrain apart is Mercedes’ EQ Boost starter-alternator: that’s both a starter motor and an alternator in one, located between the engine and transmission. It’s not a traditional type of hybridization, but it is a potent one. 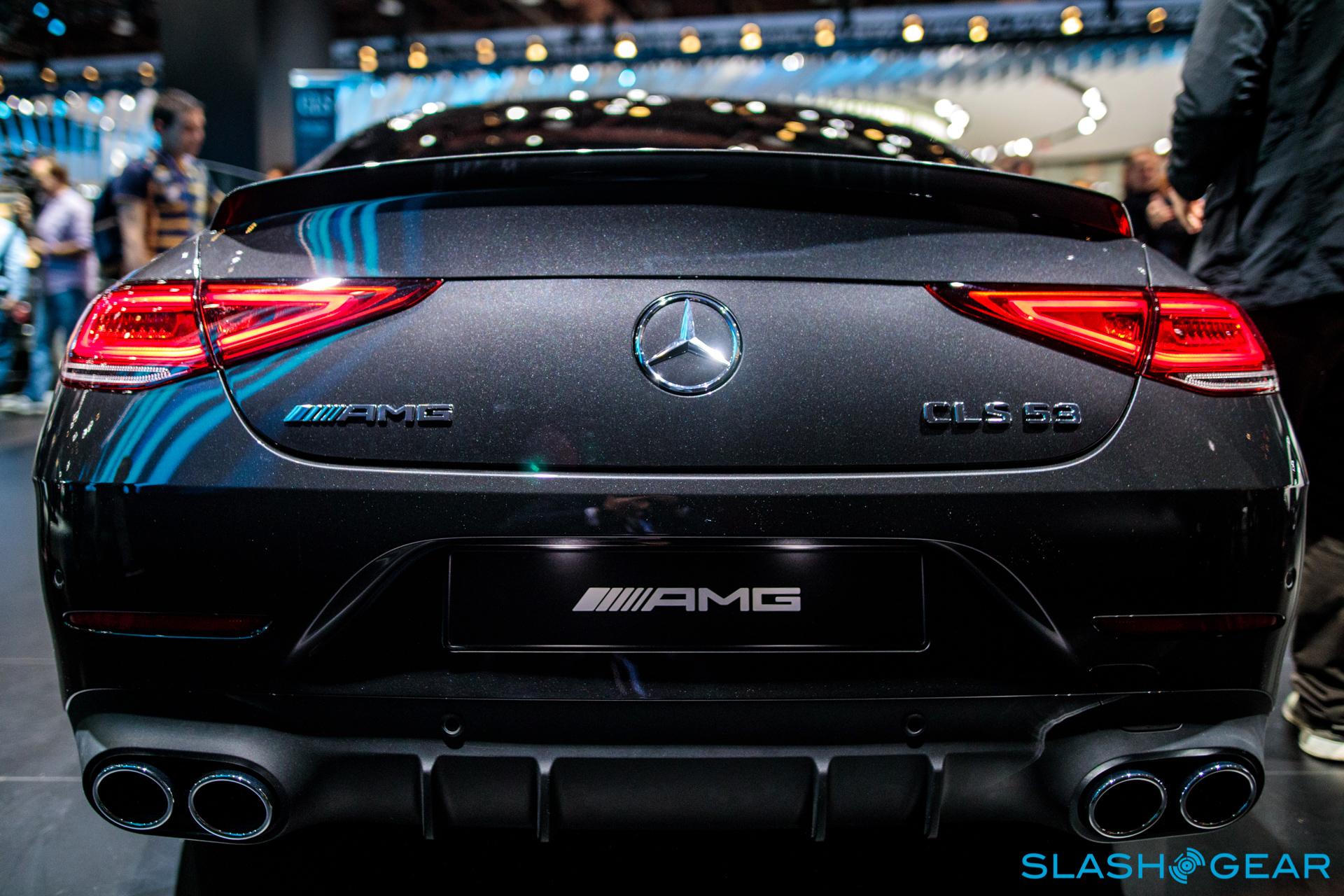 Combined with an electric auxiliary compressor, it means charge pressure for the engine kicks off from the get-go. That fills in the torque gap before the larger exhaust gas turbocharger starts working its magic.

The result is 429 horsepower and 384 lb-ft. of torque, together with the promise of more refinement and no turbo lag. According to Mercedes-AMG, the CLS 53 will go from 0 to 60 mph in 4.4 seconds. However, you’ll also save fuel, the automaker says, since the EQ Boost system works with the car’s 48V on-board electrical system. 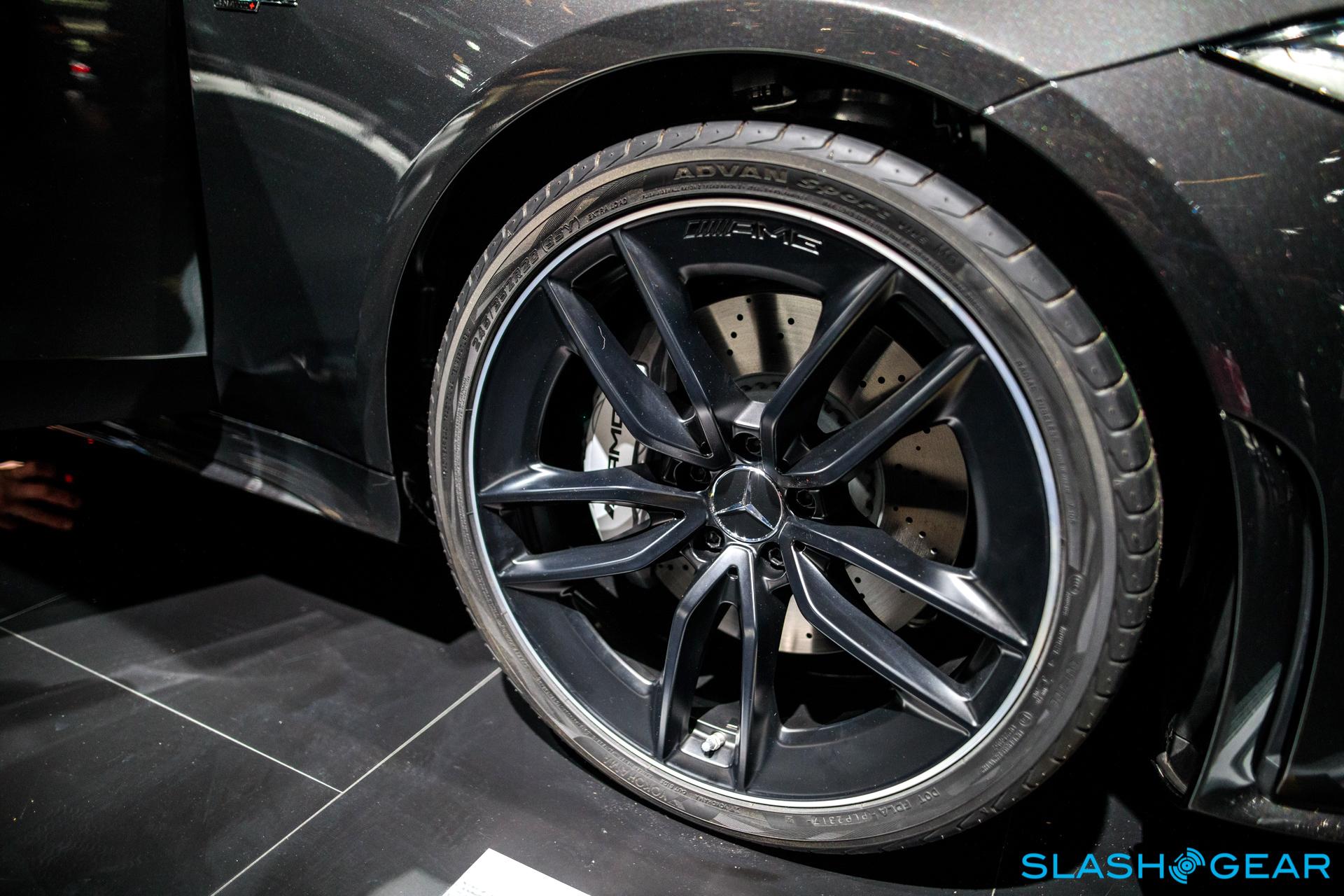 Indeed, the hybrid functions of the EQ Boost alone are good for 21 horsepower but 184 lb-ft. of torque. It also throws in energy recuperation, and allows for the CLS 53’s gliding mode where the engine deactivates when the car is driving at a consistent speed, such as on the freeway. Finally, it’s responsible for the stop-start system, which Mercedes says should be more refined now. 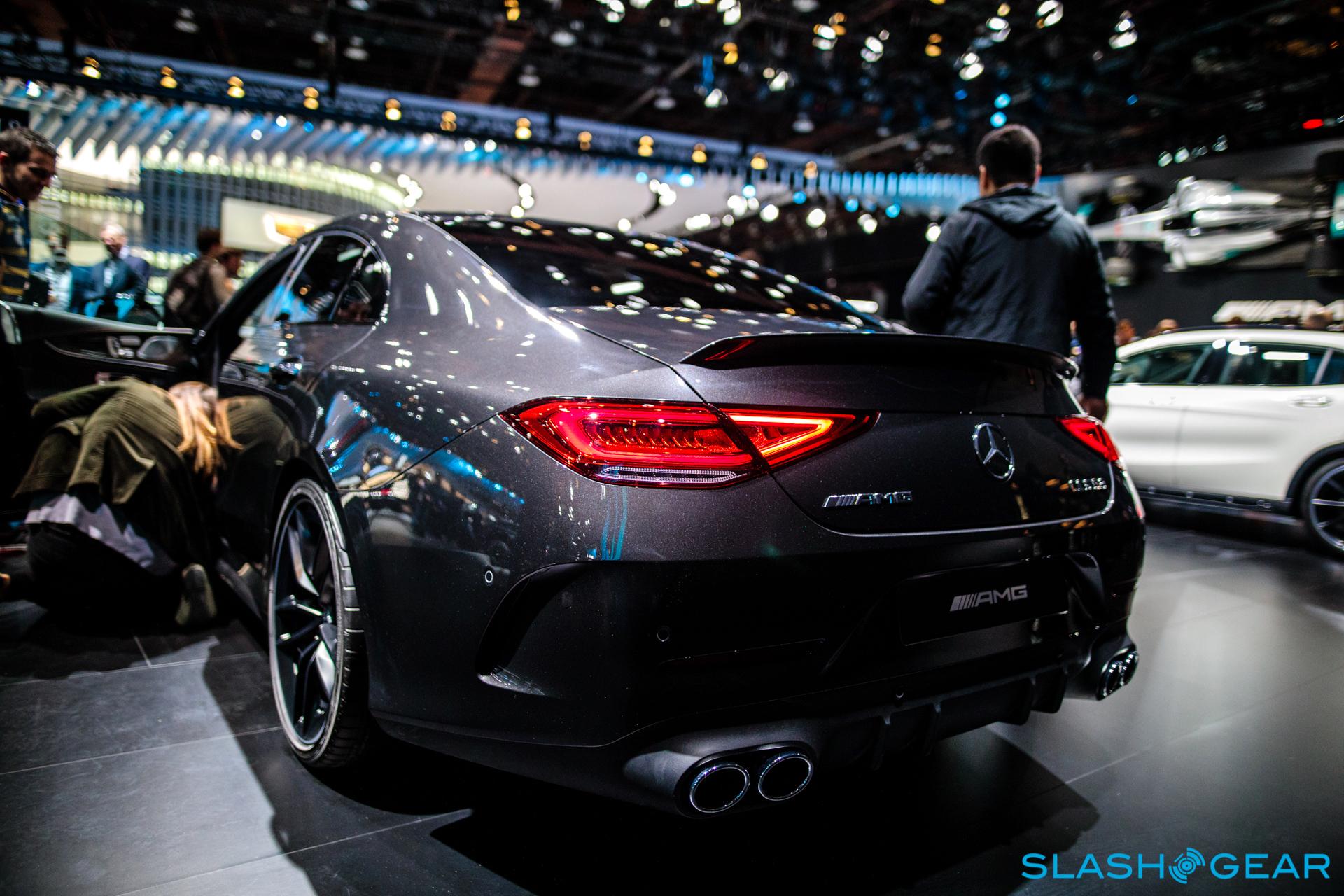 The 48V system is also responsible for the 12V network, using a DC/DC convertor. That’s used for the infotainment systems, lights, and other electrical components.

Of course, one of the main reasons the AMG CLS 53 is exciting is the design. AMG has given it a new twin-blade radiator grille in silver chrome, borrowed from the V8 AMG models, filled with a black lattice pattern. The front bumper has a silver chrome front splitter, while the outer air intakes get matching horizontal fins. AMG-specific side sill panels are thrown in too, along with high-gloss chrome tailpipe trim at the rear, surrounded by a redesigned bumper. The lip spoiler can be had in body color or carbon fiber. 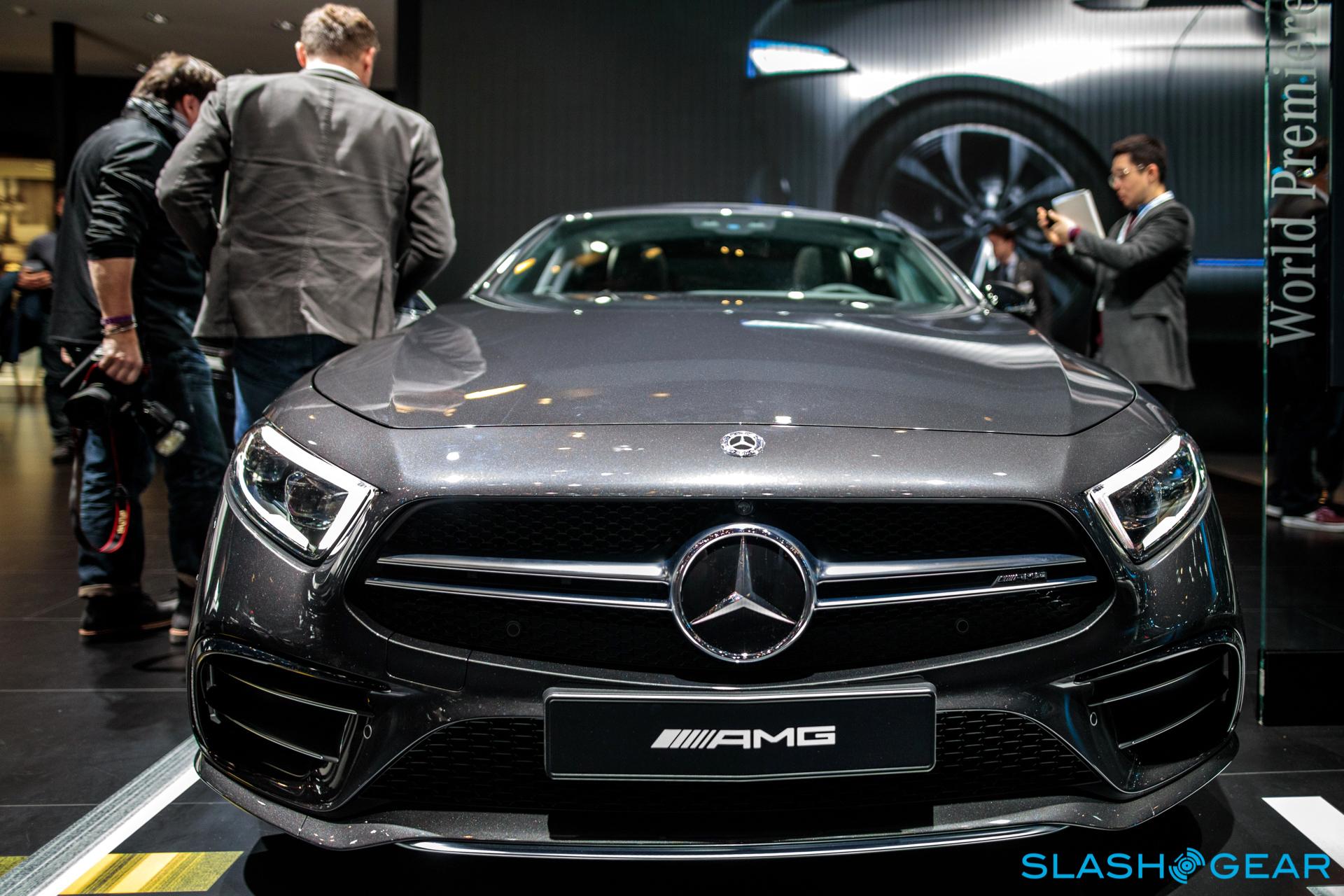 19-inch light-alloy wheels are standard, though 20-inch wheels are an option. Inside, there are twin 12.3-inch displays for the Mercedes widescreen cockpit, controlled by touch control buttons on the steering wheel. There’s also voice control – which can now control vehicle functions – and a touchpad in the center console. AMG RIDE CONTROL+ air suspension is standard, height adjustable, with independent damping control at each corner.

In short, it’s a four door with the power of a far larger engine, and the styling to keep up. Pricing will be confirmed closer to the 2019 AMG CLS 53’s release, later in 2018. 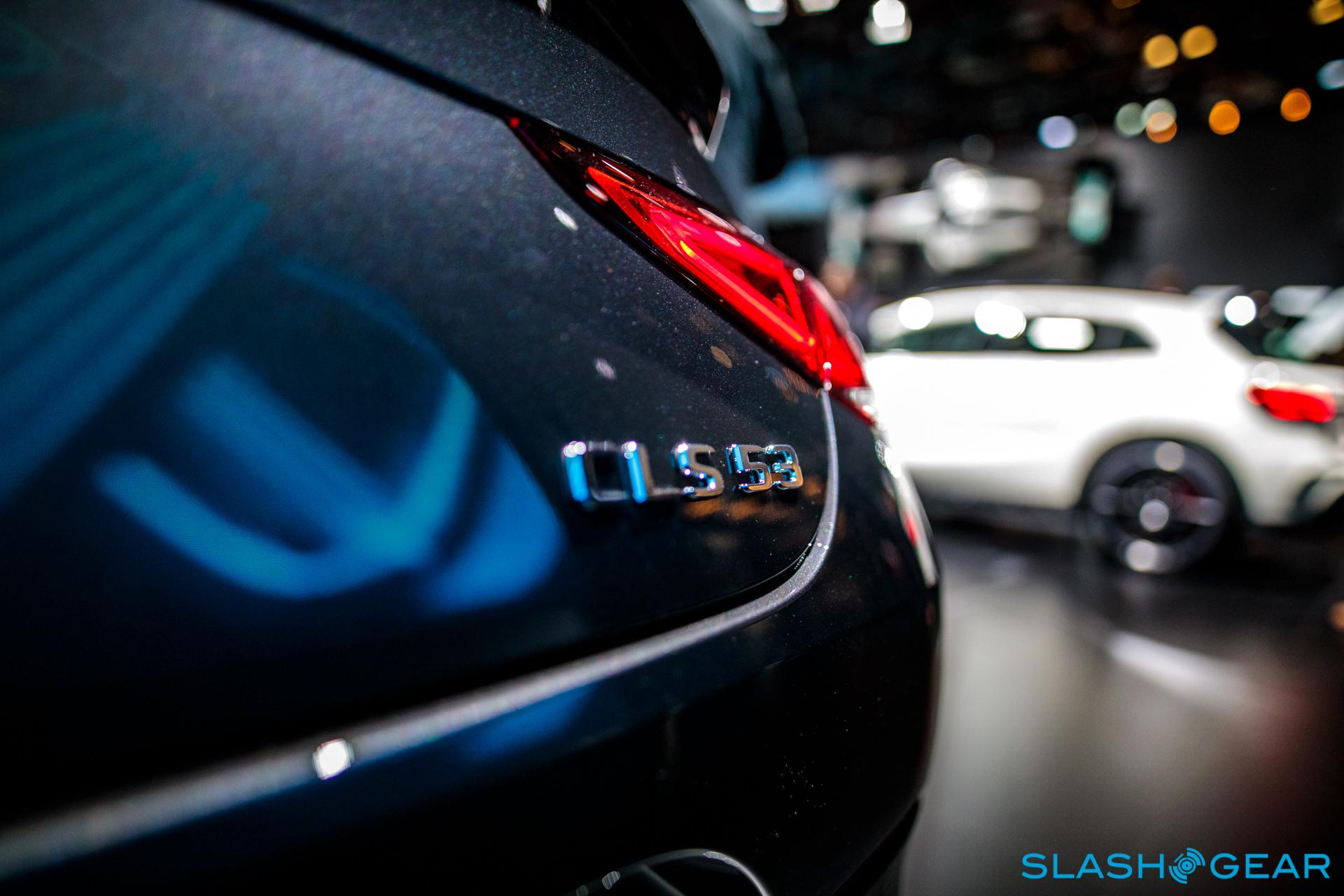