You don’t need to be driven by Waymo’s autonomous car to find a high-tech minivan, with Honda’s 2018 Odyssey cranking up the gadgetry for the Detroit Auto Show this year. The new minivan not only promises more power and refinement, but the ability to peek into the back via the infotainment system, get online with a baked-in hotspot, and even clean up with an integrated vacuum cleaner. It’s enough to make the school run seem like CES.

Flexibility of seating makes or breaks the modern minivan, and so Honda has given the 2018’s cabin some serious thought. The second row now gets Magic Slide seating, which allows the center seat to be removed so that either more space to the third row is allowed, and the two remaining second row seats can be pulled forward or backward. Those seats can also be pushed far apart, to the sides of the car, or pulled together close. 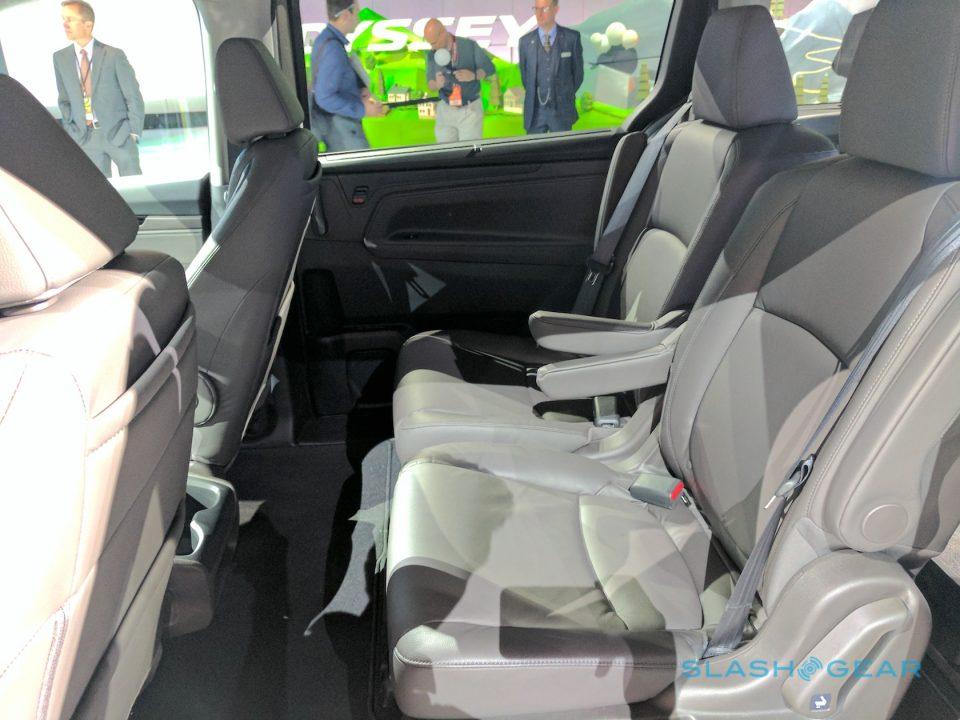 To keep those in the back occupied, there’s a 10.2-inch WSVGA rear entertainment system, with a drop-down screen from the roof. That can stream from PBS Kids, iHeartRadio, Spotify, and other sources, either through the optional onboard 4G LTE radio with WiFi hotspot, or by tethering to a nearby cellphone or WiFI hotspot. A “How Much Further?” app shows ETA to avoid “are we nearly there yet?!” questions.

It’s when you’re trying to control the kids that the new Odyssey comes into its own, mind. There’s the ability to broadcast from microphones in the front to speakers throughout the cabin, dubbed CabinTalk, and to break into whatever people are listening to via the minivan’s wireless speaker system. However, the 2018 model also gets CabinWatch, with a night-vision camera that beams video from the back seats to the in-dash display. 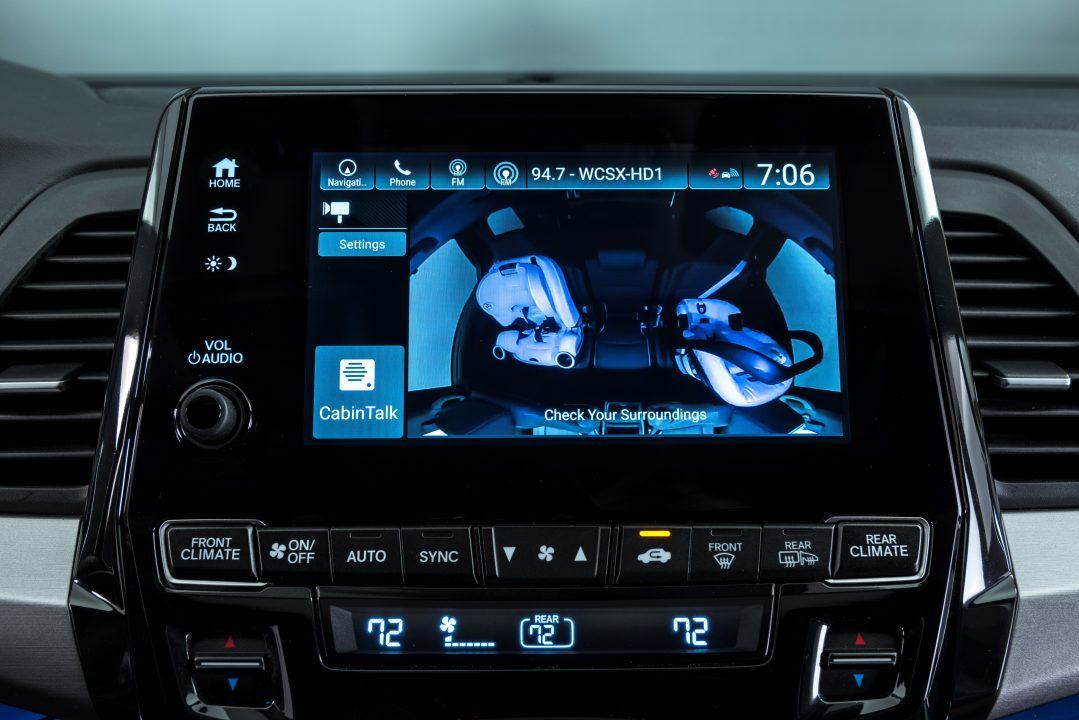 Honda’s CabinControl app allows for remote control over the rear entertainment system and rear HVAC, as well as destinations to be remotely programmed to the in-car navigation system. It also has a Social Playlist, which allows up to eight different smartphone sources to share their music selections. Honda says you should be able to hear that music better, too, thanks to triple door seals, optional acoustic glass in the front and sides, and more sound-deadening material around the car, in addition to its standard-fit Active Sound Control system. 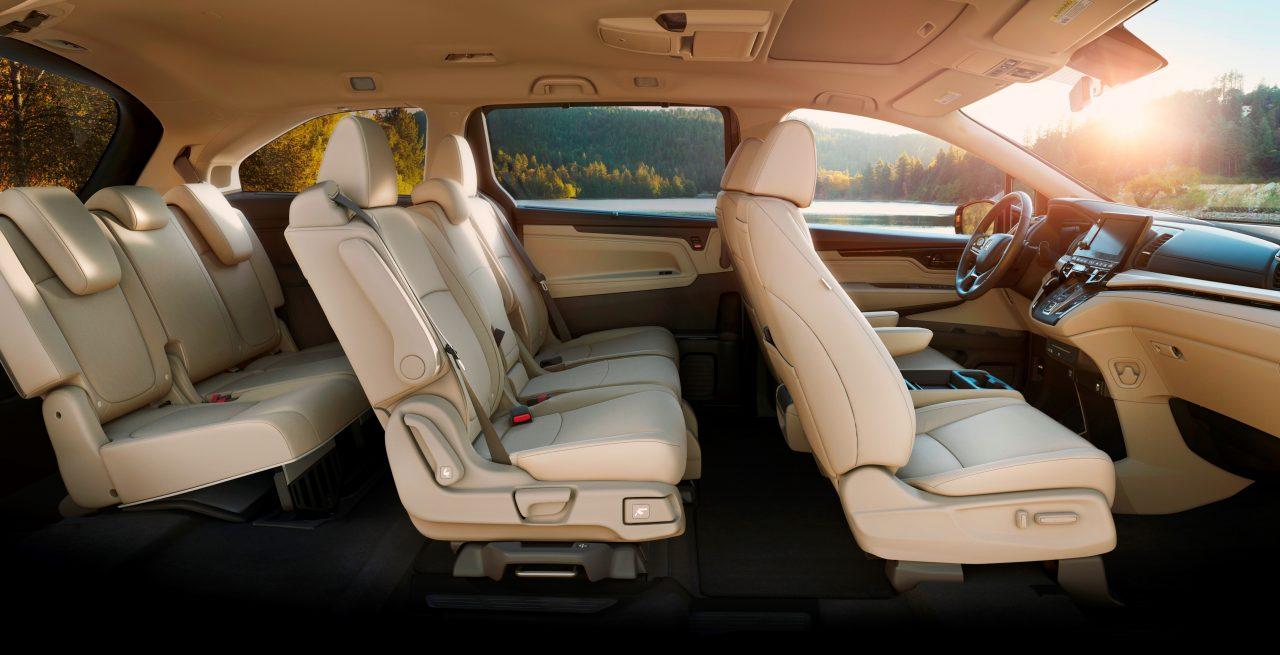 As for under the hood, the 2018 Odyssey gets a 3.5-liter V6 good for 280 HP – a 32 HP bump over the outgoing model – and a choice of a 9-speed or all-new 10-speed automatic. Honda isn’t talking about fuel economy yet, at least not with precise figures, but expects “top-in-class” ratings. Brakes have been uprated, and there are now Normal and Snow modes in the traction management system. The steering has been revamped for fewer turns lock-to-lock.

Honda Sensing, the company’s safety tech suite, will be standard on the EX and above. That’ll include things like lane-keep assistance, adaptive cruise control, collision mitigation braking, and road departure mitigation. Crash safety test scores aren’t out yet, but Honda is expecting top marks. 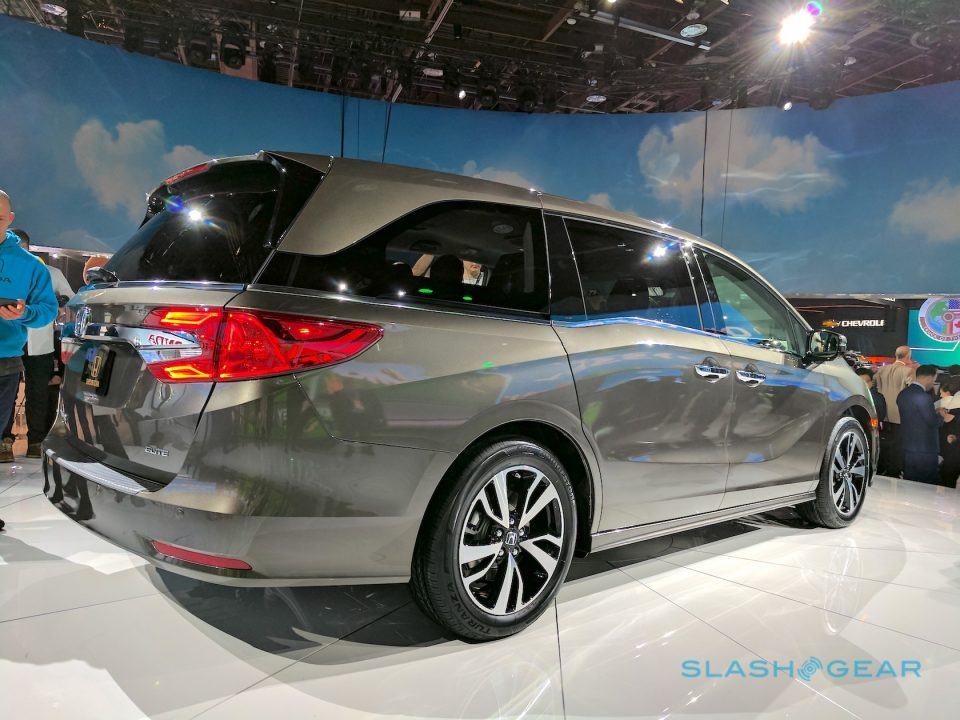 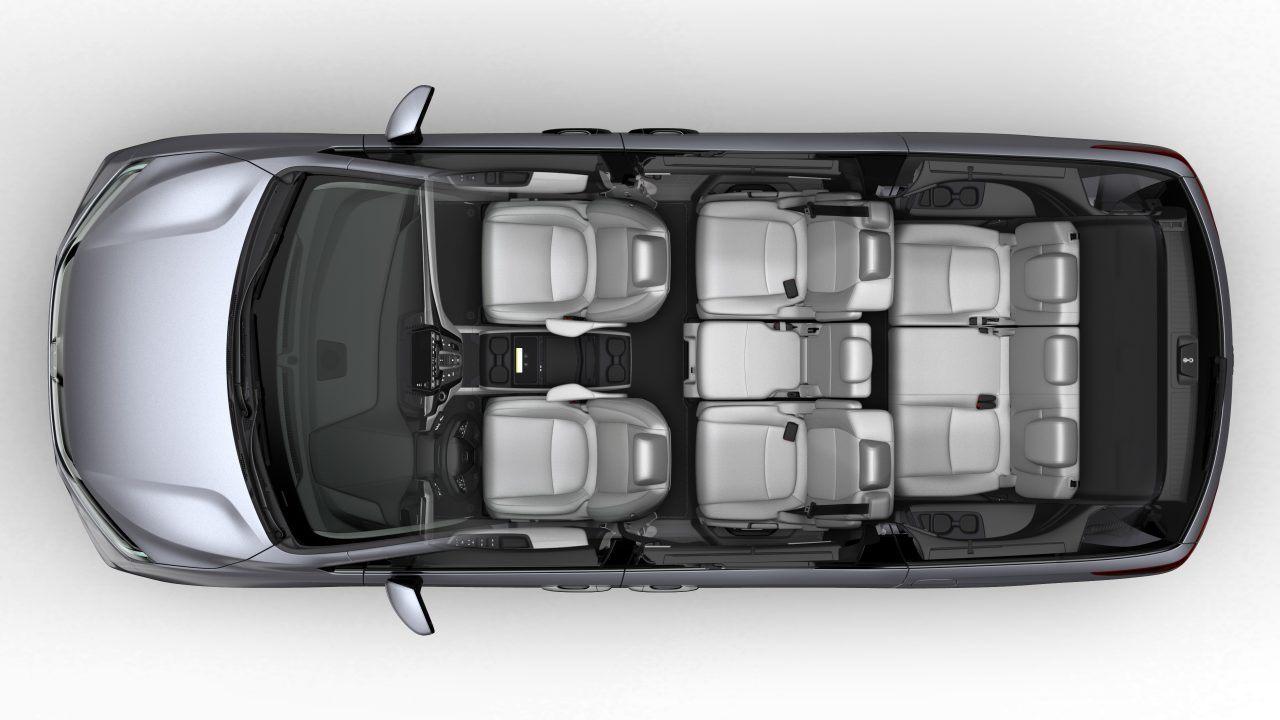 The Display Audio 8-inch touchscreen infotainment system – standard on EX and above – supports Android Auto and Apple CarPlay. Leather features on the first- and second-row seating on the upper trims, and there’s been a conscious effort to remove the number of grooves where crumbs and other dirt could accumulate in the process of family-hauling.

Pricing for the 2018 Honda Odyssey is yet to be confirmed, though we’ll know more on that score – and economy numbers – closer to the minivan’s release in the US. That’s expected this spring. 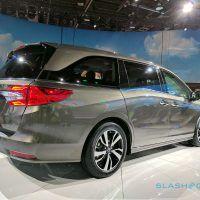 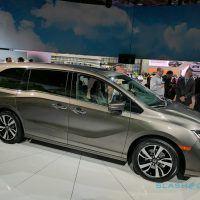 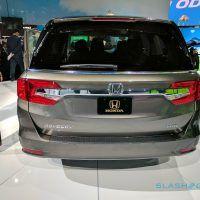 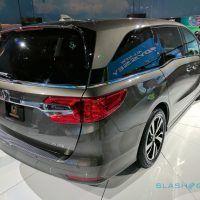 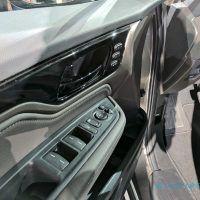 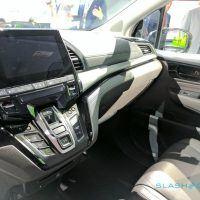 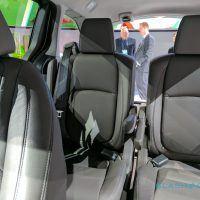 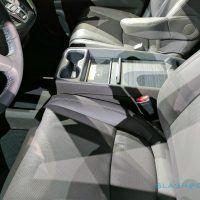 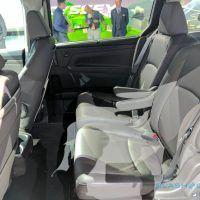 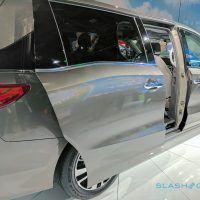 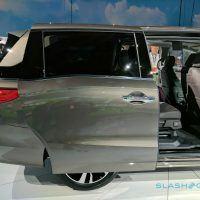 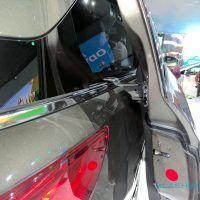 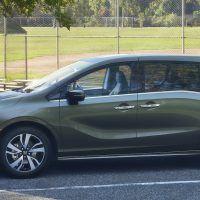 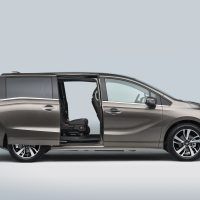 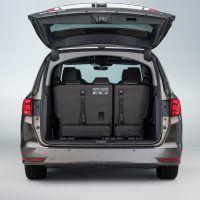 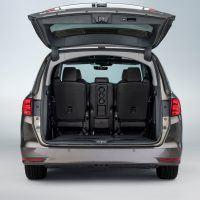 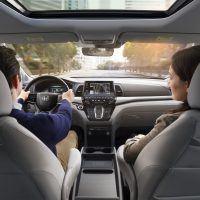 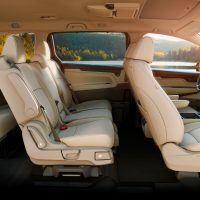 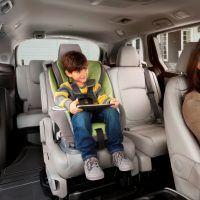 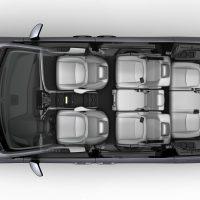 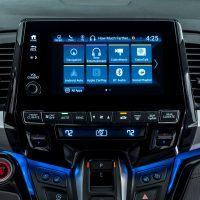 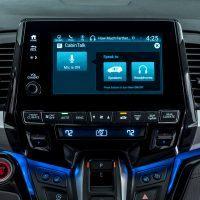 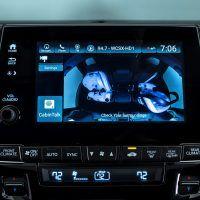 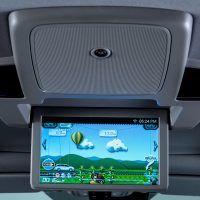