“What’s that you’ve got there?” the barista asks, tapping his chest. I don’t need to look down to know what he means. “It’s a lifelogger, it takes a picture every thirty seconds, every day” I tell him; I’ve got my reply down-pat by now, have explained dozens of times over the past few weeks. “At the end of the day it shows me the best ones.” I half-tense myself for a frown, or a “you can’t wear that in here,” but he just smiles, tells me it’s “cool” and makes me a latte. Not exactly another convert to the wearable cause, but another in a series of unprompted interactions that started when I fastened Narrative’s Clip to my lapel. 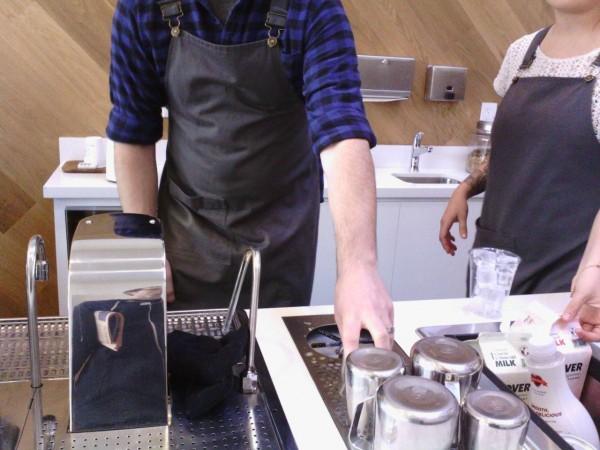 I’ve felt that clench of pre-emptive defensiveness most times someone has spotted the wearable camera. The review unit I’ve been wearing for the couple of months or so is bright white – Narrative also has a similarly eye-catching orange version, and more discrete black and grey finishes too – which makes it easy to notice.

The man brewing my coffee is the latest in a line of cab drivers, airport check-in staff, shop assistants, colleagues, and new acquaintances who have struck up a conversation about it. I’m not unused to that happening about tech – it’s one of the facets of being an early-adopter, that when you’re using the newest phone or laptop or tablet someone will invariably spot it and potentially ask about it – but the Clip has been the most questioned gadget in some time.

It even eclipses Google’s Glass, I’ve found, for what percentage of people get curious enough to overcome the reticence of manners and challenge me on it. Considering how divisive the head-mounted computer has proven to be, that’s some achievement. 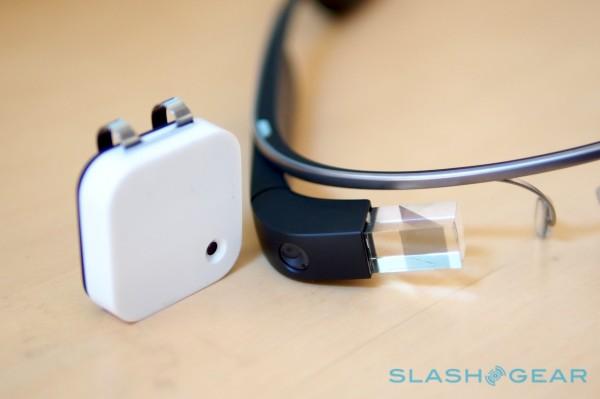 I backed Narrative’s Kickstarter on day one, back in late 2012, when the company was still Memoto (a potential Motorola trademark suit forced a name change in 2013). The concept is straightforward, though the delivery proved more of a challenge. A small, battery-powered and clip-on camera which automatically shoots a color photo every thirty seconds, storing it to internal memory until you plug in and upload to the cloud. 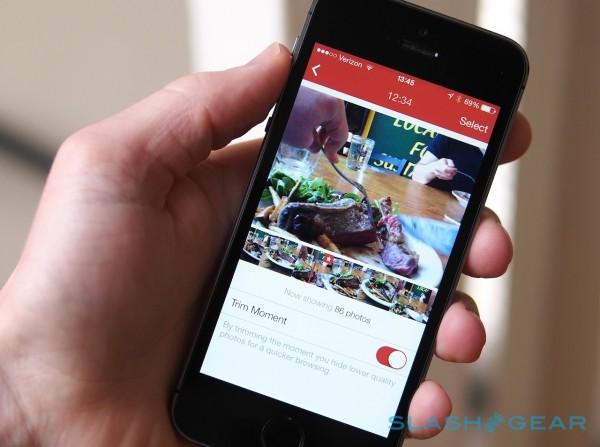 Two photos a minute, 120 an hour, and 2880 a day – if, that is, you weren’t planning on sleeping. Needless to say, that’s more images than the average person could be bothered to look through produced on a daily basis, so the second half – arguably the cleverer half – to Narrative’s premise is what processing smarts lurk in that cloud of theirs.

That AI combs through the stills you’ve collected and sorts the wheat from the chaff: the pictures in focus, or that are particularly colorful, or that have faces in them. Those are the ones that get bubbled to the top of each “moment” timeline in the companion app, the rest hidden by default so that, in theory at least, only the very best of your days are presented to you: a curated package of your most interesting moments, without you lifting a finger.

My full review, with more technical details, talks about how well that actually works.

I’d been interested in wearable cameras, and the idea of life-logging, though, for years before that. Microsoft Research’s Gordon Bell had perhaps been the start, himself sporting a wearable camera for more than a decade, and feeding the photos from it – as well as a host of other metadata – into a self-created database called MyLifeBits.

Science fiction movies, where everything the eyes saw could later be reviewed, re-assessed, tapped into that same curiosity. The early, clumsy wearables pieced together by Professor Steve Mann – huge helmets bristling with antennas, and hefty backpacks full of less processing power than you’d now find in the average smartwatch – promised a future where rather than walking between computer terminals, we were ourselves a walking terminal.

Whether that’s a good thing is something not many people can agree on, particularly when it comes to questions around the privacy of others. 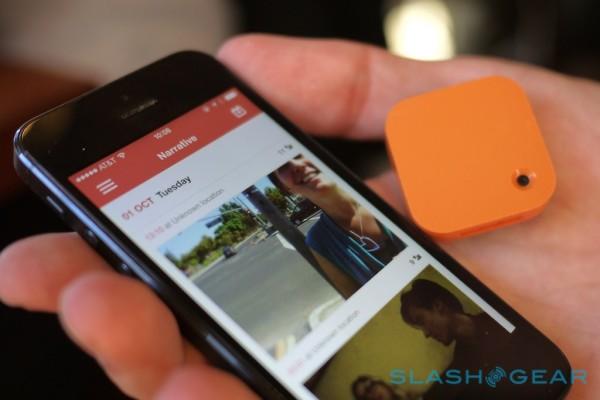 There’s an interesting disconnect in attitudes toward privacy that seems to depend on where the camera is: on your body, or on the wall. One of the most intriguing interactions I had discussing lifelogging was at an airport, where an employee at check-in spotted the Clip on my shirt and, when I explained what it was, immediately became flustered and self-conscious.

The irony of someone comfortably working in possibly one of the most camera-monitored places the average modern life takes us, yet finding a single, body-worn camera so confusing, was not something I had time to dig into while I checked my bags. After I explained the Clip’s purpose and offered to cover it up, she had less of an issue with it, though still told me she was worried that I might look back and see that her hair was a mess. 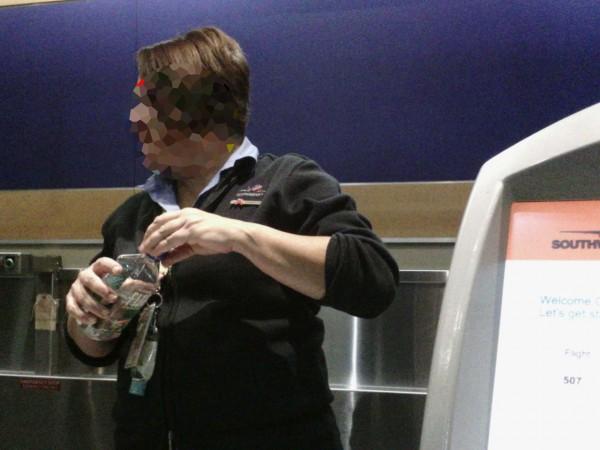 “Why would you want to do that?” a woman at the next check-in counter asked me, overhearing my talking about snapping photos all through the day. “I get to see the best ones at the end” I told her, though she only really seemed to accept the point when I mentioned I review tech for a living.

Steve Mann calls this reversal of camera attentions “sousveillance“, contrasting the more common “surveillance” with the idea of observation from a human level. These are conversations we’re all likely to encounter more frequently as body-worn devices proliferate; smart watches like Samsung’s latest Gear 2 have cameras built in, for instance, albeit without the automatic action of the Clip.

Last week, sporting the camera at a wearable-focused event, opinion proved divided as to whether cameras and lifelogging technology would benefit or hold back the fledgling segment. Some told me they thought privacy as a concept would need to be challenged, and that things like cameras, while uncomfortable at first, needed to be present from the outset in order to do that.

Others, though, argued for a more gradual introduction, countering that cameras could be “phased in” when the public at large was more familiar with the technology and, most importantly, its myriad benefits.

Certainly, you could use a wearable camera like the Clip for seedy purposes. I’m not one for up-skirt shots, but with some careful positioning and timing you could certainly capture images of people without them realizing it and from semi-compromising angles. That said, it would be far easier to do with a smartphone camera, with its immediate success/failure feedback, rather than angling Narrative’s lifelogger and hoping for the best when you sync your shots at the end of the day. 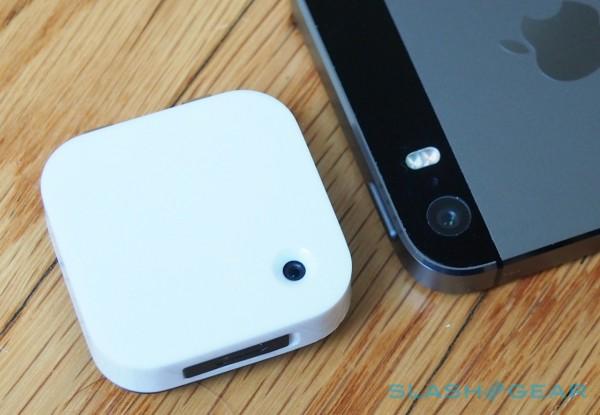 Some of the things I’ve found were concepts I’d completely failed to register when I first clipped on Narrative’s camera. Biggest factor affecting public perception, it turns out, is how you describe it to other people: tell them it’s “a camera”, I’ve found, and they generally get uncomfortable, start to show the unconscious gestures and signals I’ve come to associate with camera-shy discomfort. Patting hair to make sure it’s tidy; breaking eye contact and looking away from me.

“Lifelogger,” meanwhile, usually prompts a far less suspicious reaction. People usually get the concept – tracking my day to day experiences – even if they’re unfamiliar with the term. More importantly, it describes the focus in a way that’s a lot less threatening, somehow: it’s not about them, and taking photos of them specifically, but about me, and my creating a record of where I’ve been and what I’ve been doing while I’m there. 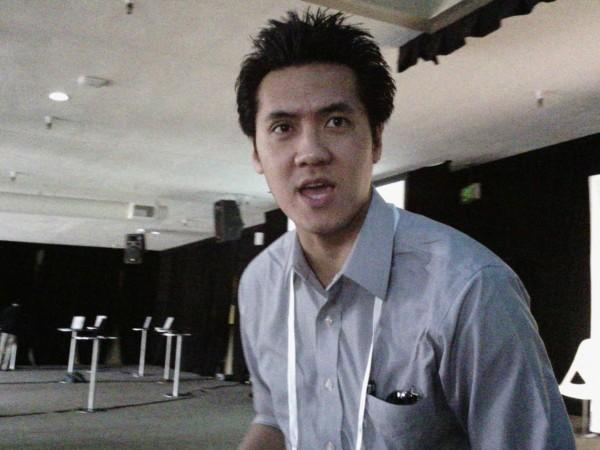 That’s where the Clip’s worth really comes in, in fact. With the rise in availability – and quality – of smartphone cameras, the opportunity we have to capture stills and videos of each moment has increased exponentially. Indeed, one of Google’s core premises with Glass has been the flexibility of having a hands-free camera: something you can use to document moments with your kids or while doing sports, perhaps, without needing to physically press the shutter release.

Still, even with something like Glass, the act of taking a photo is still deliberate. Whether you press a button with your finger, or order it with your voice, it’s a conscious decision.

Lifeloggers take on that responsibility themselves, with the downside being the sheer number of images they gather as a result. What makes Narrative’s camera – and other projects also in the pipeline from other firms – clever is the filtering, doing its best to pare down many thousands of images to just a few dozen, something which is manageable and, hopefully, meaningful.

That takes a little explaining: more than you can do in a line at Starbucks, or checking in for a flight. Take the time to do it, however, and people more often than not shift from a place of suspicion to coming up with their own potential uses: wondering what a lifelogger might make of their day, or what moments with their kids it might preserve that might otherwise have been lost. Friends of a friend, initially so put off by the Clip that I almost removed it altogether to appease them, later asked that I send over “any good pictures it took” from the hours we’d spent together. 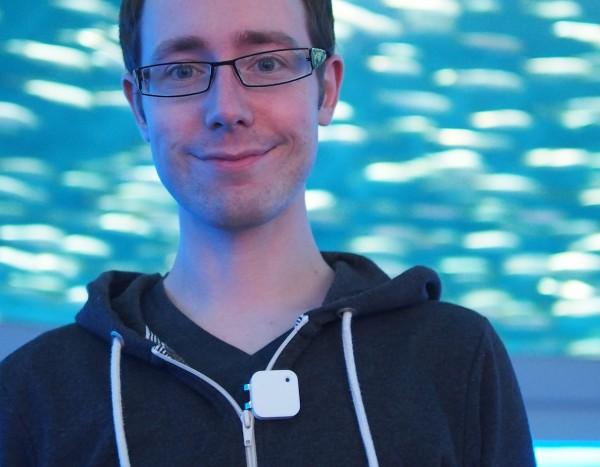 There’s a downside to recording every minute of your day. Apps like Instagram have encouraged us to think of life as a progressive series of photographable moments; the documentable events that punctuate each person’s existence. Looking back through those timelines we see the cream, and forget the often mundane graft that goes on in-between.

Maybe one day our lifeloggers will be sufficiently smart to accommodate our egos in the same way, but for the moment they challenge us with the everyday. 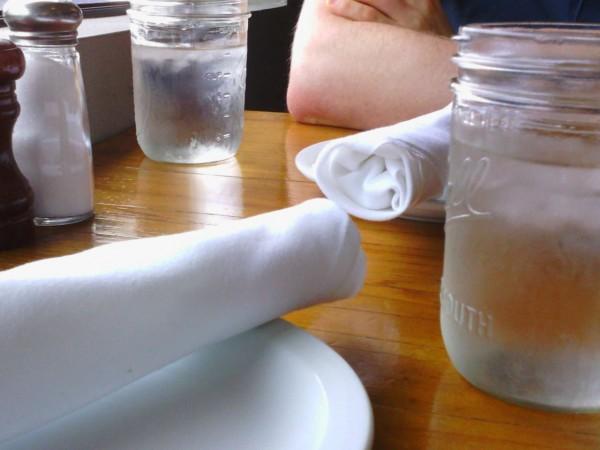 I hadn’t realized quite how much time I spend sat in front of a computer until I browsed through a few weeks’ worth of Narrative “moments”; how often I walk the same streets, or buy coffee from the same cafes, or sit on the same couch. I hadn’t recognized how little exercise I take, or how rare it was that I step away from my desk during the day, even just to walk around the block or stretch my legs.

The temptation is to delete those “dull” moments, to excise them from the timeline. To think, perhaps, of our life, logged, as a presentation for others rather than a record for ourselves.

I came to realize that was a self-deceiving way of dealing with it, however, or at least one that cheated me of some greater insight. One of my biggest complaints with wearable technology so far has been around its general lack of context: fitness trackers that give you no more understanding of your health than a count of your daily steps, for instance, or smartwatches that simply push everything to your wrist rather than to your phone. We have more ways than ever before of collecting up the “what”, but still very few of explaining the “why”.

No wearable camera gives you that context quite yet; I’m still left to decide on my own whether I’m lazy or normal. Yet I’m a firm believe in the idea that more data, more insight, is better than not knowing, even if I can only parse a little of it on my own, and I’m learning to embrace the conversations that come along the way.