Today a photograph appeared with what appears to be the not-yet-revealed Tesla Semi Truck. While Tesla plans on revealing this vehicle at their next event and has said as much, they’ve not yet shown nearly this much to the public. This vehicle has been teased in an invite to the event, but the vehicle has not been uncovered in this large a leak until now.

Tesla’s event for its Semi Truck – electric semi truck, that is – is just a few weeks from now. The vehicle would certainly be as put-together as the one we’re seeing here, so we can chalk that up on the “possibly real” side of our chart. On the other side, on the other hand, the photographer released this photo on Reddit then deleted their account. 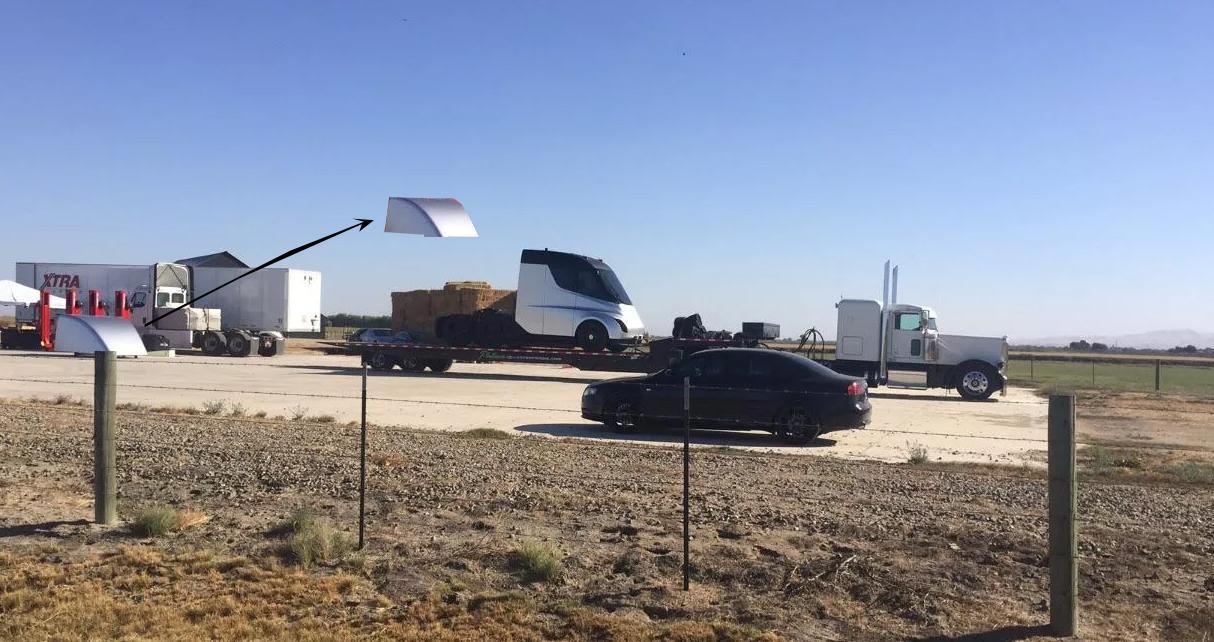 When a person leaks an important bit of information about a major tech project such as this, they generally want credit. Unless this came from a Tesla employee, or worse still: a villainous agent of espionage, bent on Tesla’s ultimate downfall! More likely it was someone in the area of this vehicle that thought it might be a cool truck, then later realized what they’d caught. Not wanting to get in trouble, they probably wanted to rustle up some hype online without an attached name. 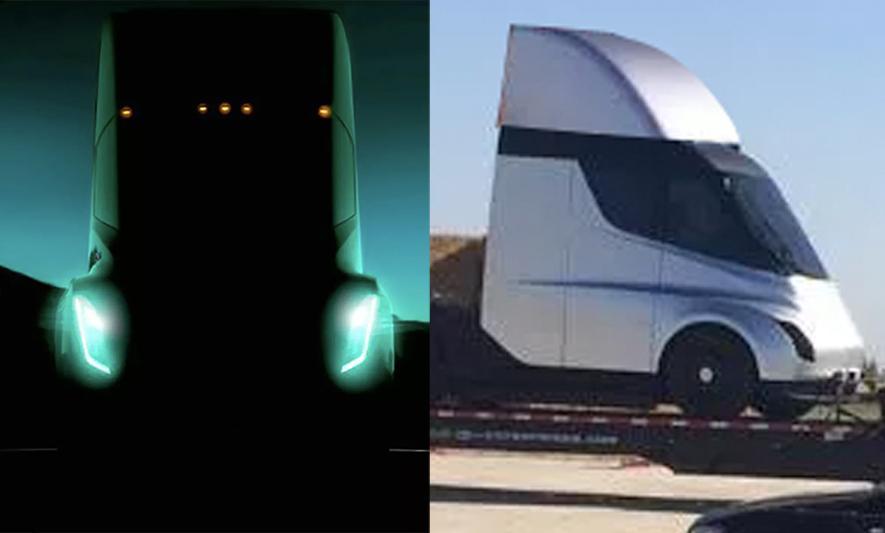 The image above shows how a nearby large silver object probably fits on top of the rest of the vehicle. Once there, the vehicle seems to match up with Elon Musk’s own teaser for the event, also shown above. The event where this vehicle will likely be unveiled is still tentatively scheduled for the 26th of October – we shall see!

Meanwhile have a peek at the timeline below for other recent Tesla bits and pieces. One of the more interesting tidbits that ties into what’s above – Telsa’s referrals program now offers a ticket to their next event in exchange for selling a vehicle for them. Have a peek at the article below for more information on that trade.