Tesla’s charging stations will cover USA by end of 2015

Tesla’s plan to mass-produce batteries will jumpstart their overall production of electric vehicles, that much is certain. the $30,000 Model 3? That’ll help, too. Rounding out those ambitions, Tesla is also going to bring more charging stations to the world, and will be blanketing North America in enough chargers to get you through almost any trip.

A series of pictures, which you can see below, show just how Tesla will morph an already exiting skeletal framework into an actual working scheme for consumers. As it stands, venturing outside of a (sometimes very tight) comfort zone is ill-advised, as you may run out of juice. The new plan almost ends that concern, leaving you enough stations to charge up on just about any trip. 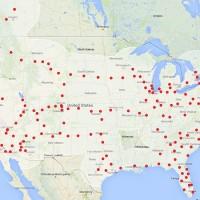 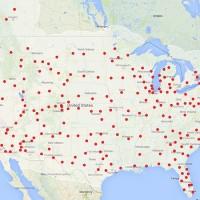 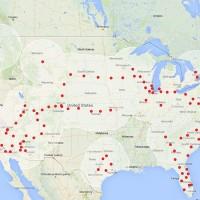 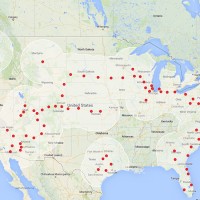 It doesn’t solve every problem, but it takes a lot of the concern away. If you wanted to take US 95 from Reno to Las Vegas, for instance, you’d be out of luck. If you wanted to head from Las Vegas to southern California — likely a much more travelled route — there would be no issue.

Tesla says they’ll cover about 98% of users by the end of 2015, and that’s not counting a Tesla’s ability to charge at home. With this scheme, you could start every day with a full charge, and still (potentially) not need to see a station for hundreds of miles.

The downside? Even though we’ll be able to make a trip without running out of power, those stations represent the need to stop. If sales of Tesla cars outpaced charging stations, you could end up waiting at those charging station. The average time to charge a Model S from scratch is around an hour — if it has Supercharging capabilities.

A big step for electric vehicles, but we’re not sprinting just yet.