Of all the James Bond movies that have been made, my favorite has always been the Roger Moore flick where his Lotus Esprit turns into a submarine. Apparently, Tesla’s Elon musk liked that flick too. Back in 2013, he purchased the prop submarine used in the film and at the time word was that he planned to update the sub with some Tesla innards.

We haven’t seen anything else about the actual movie car and Musk’s plan for it. Tesla is rather famous for its Easter eggs inside the Model S software and a new one has been discovered. Apparently, the image of the Lotus submarine has been hidden in the software version 5.9 for nearly a year. 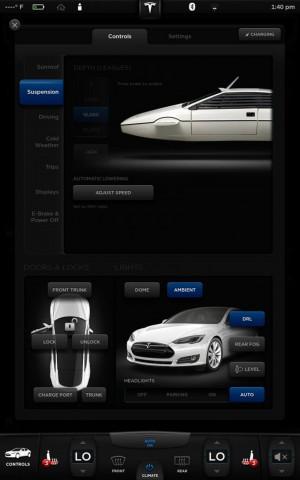 The hidden image has only now been discovered. Tesla won’t give up the details on how you find the lotus submarine image. On the original post from Instagram showing the Lotus image someone posted you have to hold down the “T” for a few seconds and type 007.

If anyone has a Model S and wants to confirm if that works, I am dying to know how you find this. The only thing we can tell from the image is that the Sub appears to be on the Suspension page.