Tesla Powerbank is a portable battery for your smartphone

The Tesla Powerbank was a recent addition to the company’s lineup, one that costs $45 and sports a modest 3350mAh capacity. The model is far pricier than power banks of the same capacity from most other companies, but it’s not much to pay to say you own a Tesla…not to mention, we’d expect the build quality for these are probably great compared to a random generic portable battery. 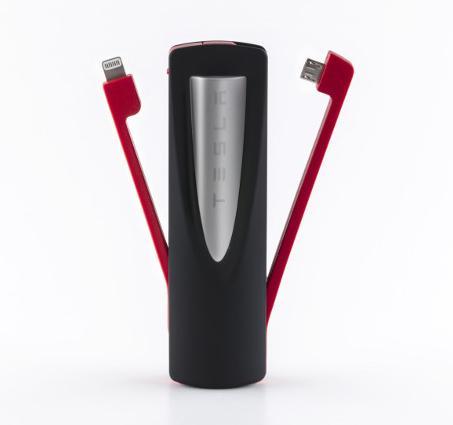 The Powerbank has a design that is inspired by Tesla’s own Superchargers; it includes the Tesla brand on it, a black body, silver inner portion, and two red cables that tuck into the device when not in use. One cable has a micro USB connector, the other an Apple Lightning connector. The micro USB cable is detachable, while the other isn’t.

The device has a charge indicator and what Tesla describes as high-efficiency circuitry. The output is a typical 1.5A/5V max, which is suitable for smartphones and other similarly small devices. If you want one of your own, put it on your wish list — Tesla is already sold out and it isn’t clear when more will be in stock.