Telegram users have one last update to look forward to this year. The new patch brings several extra features to the privacy-centric messaging app, including the option to add a spoiler effect to your messages(via Telegram). With many getting ready to ring in the New Year, it looks like Telegram wants to kick off 2022 by giving its users a lot of extra functionality.

First off, one of the features that people will pick up on first is the option to add reactions to messages in a way similar to that of Apple’s iMessage. Once you’ve installed the update, you’ll be able to double-tap a message to send a thumbs up, or if you want to send another type of reaction, you can tap or hold down on the message to bring up even more options, including some animated emoji reactions.

The update is also adding a much-wanted feature called hidden text, also known as spoiler formatting. This will be especially helpful for group chats discussing movies and other spoiler-filled content, as you can hide the text, making it visible only when a user taps on it.

Telegram users can select the spoiler formatting by typing in their message and then highlighting it and changing the formatting to the spoiler option. While it still requires the user to select the formatting, having spoiler text can help users more effectively share opinions and facts without having to worry about spoiling something for everyone. 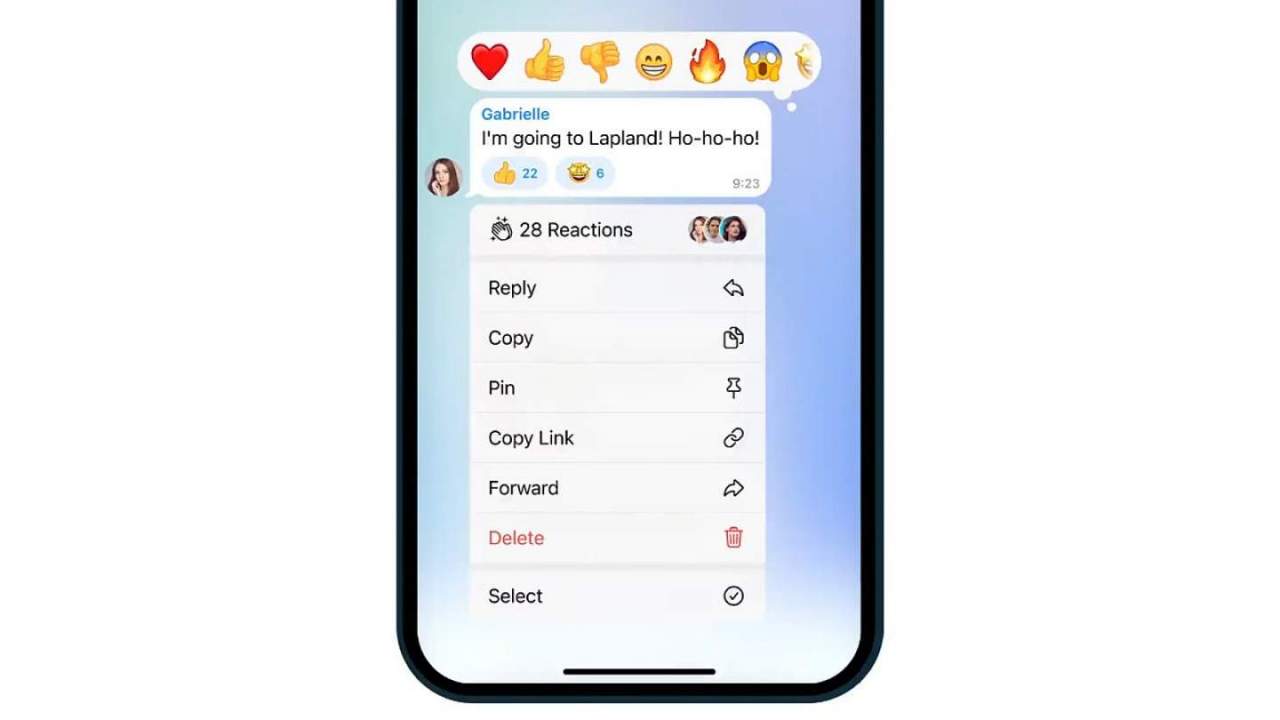 While reactions and spoiler text are big additions, Telegram’s latest update has even more to offer. The newest patch for the instant messaging app also introduces a message translation system, giving you a dedicated translation button in the message’s context menu. You can select any message and then choose the translate option to easily see what it says in another language, and Telegram will also let you exclude languages you already speak fluently since you don’t need to translate those.

Another big piece of the update is the addition of themed QR codes. QR codes have become increasingly popular in apps as a way to log in or share user details more easily. Snapchat is particularly well known for its QR code-like system, and it looks like Telegram’s feature will work similarly. Users can generate a themed QR code from their profile, as well as QR codes for different groups, bots, or channels. This should make it easier for users to share their usernames, group chats, and other channels in the future.

This update also brings a completely updated context menu to the macOS version of Telegram. This context menu includes more options, some additional shortcut hints, as well as some new animated icons to use in your conversations. If you’ve already downloaded the update on macOS, you can check out the changes yourself. Finally, this last update also adds more interactive emoji like the sobbing, crying, and fire emotes.