TCL patents a foldable phone that turns into a wristband

This is probably the year of the foldable smartphones, or at least the year that everyone starts talking about real products rather than just ideas. While Samsung and Huawei may be leading the pack, that’s not to say others don’t have their own say in the matter. TCL, a known brand when it comes to displays, smartphones, and TVs, has some ideas of its own and has, in fact, patented five of them in one swoop. Four of those designs may already look familiar and old to some, but the fifth is somewhat novel in that it wants to put your smartphone directly on your wrist.

The first four designs above show variations of foldable phone designs we’ve been seeing for months, even years. Two are tablet-sized devices that fold in or out while two are tall clamshells that vertically fold in and out as well. Give how similar these patents are becoming, it probably won’t be surprising to see some patent disputes in the near future.

TCL’s fifth design acquired by CNET, however, is both unique yet not totally new. Instead of just folding at a hinge, the tall smartphone curves instead to form a bracelet you put on your wrist. Smart bangle or smart wristband, this would pretty much make smartwatches obsolete. Presuming, of course, you’d be willing to wear something so big and heavy on your wrist. 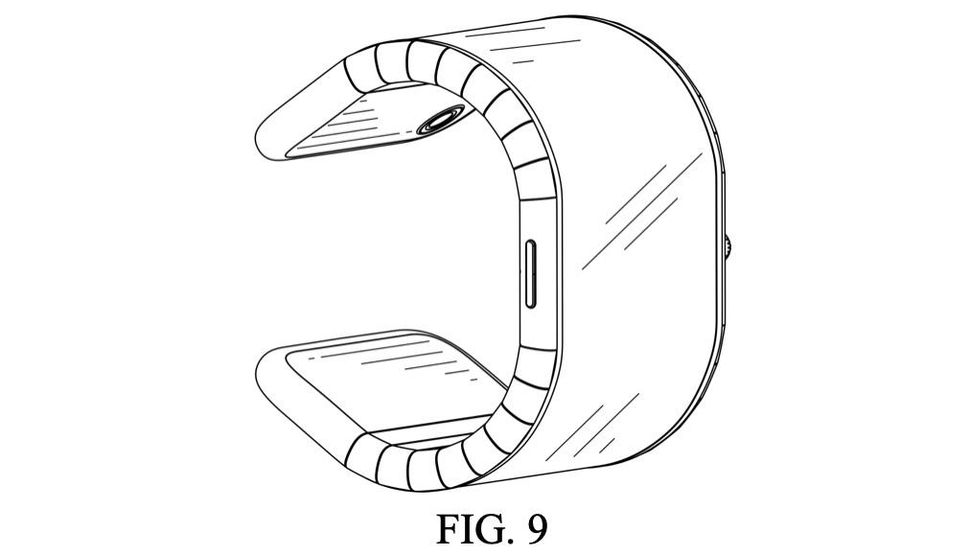 It may seem like a somewhat new take on the foldable phone idea but it actually isn’t. Barely three years ago, Lenovo showed off a couple of dummy models for flexible and foldable phones including, you guessed it, one that you curve on your wrist. But as early as 2010, ye ol’ Nokia was already making techies drool in daydreaming about its Morph concept.

They can continue daydreaming, however, as TCL has no plans to launch a foldable phone until 2020 at the earliest. It’s not even sure which of those ideas it will run with. Suffice it to say, the smartphone market could become pretty strange when if all these foldable phone designs ever become real.