Foldable phones, at least the book-like ones, are designed to solve the problem of size. These are phones that try to still fit in your pocket while offering a larger screen when needed. Even with the most advanced foldable devices on the market today, we’re still far from the ideal, and no rollable alternative has yet found footing in a consumer-friendly release. Ever the display visionary, TCL came up with an idea to solve that size puzzle using both designs, and it is showing off a working prototype that could have you both amazed and worried at the same time.

TCL seems to be quite fond of showing its screen manufacturing prowess using rollable displays. As far back as 2020, it was already giving proof of functional screens that could unroll like a scroll to display more content. It has been almost a year, but no such device has been launched, with LG’s stillborn Rollable as the only attempt to commercialize the tech. 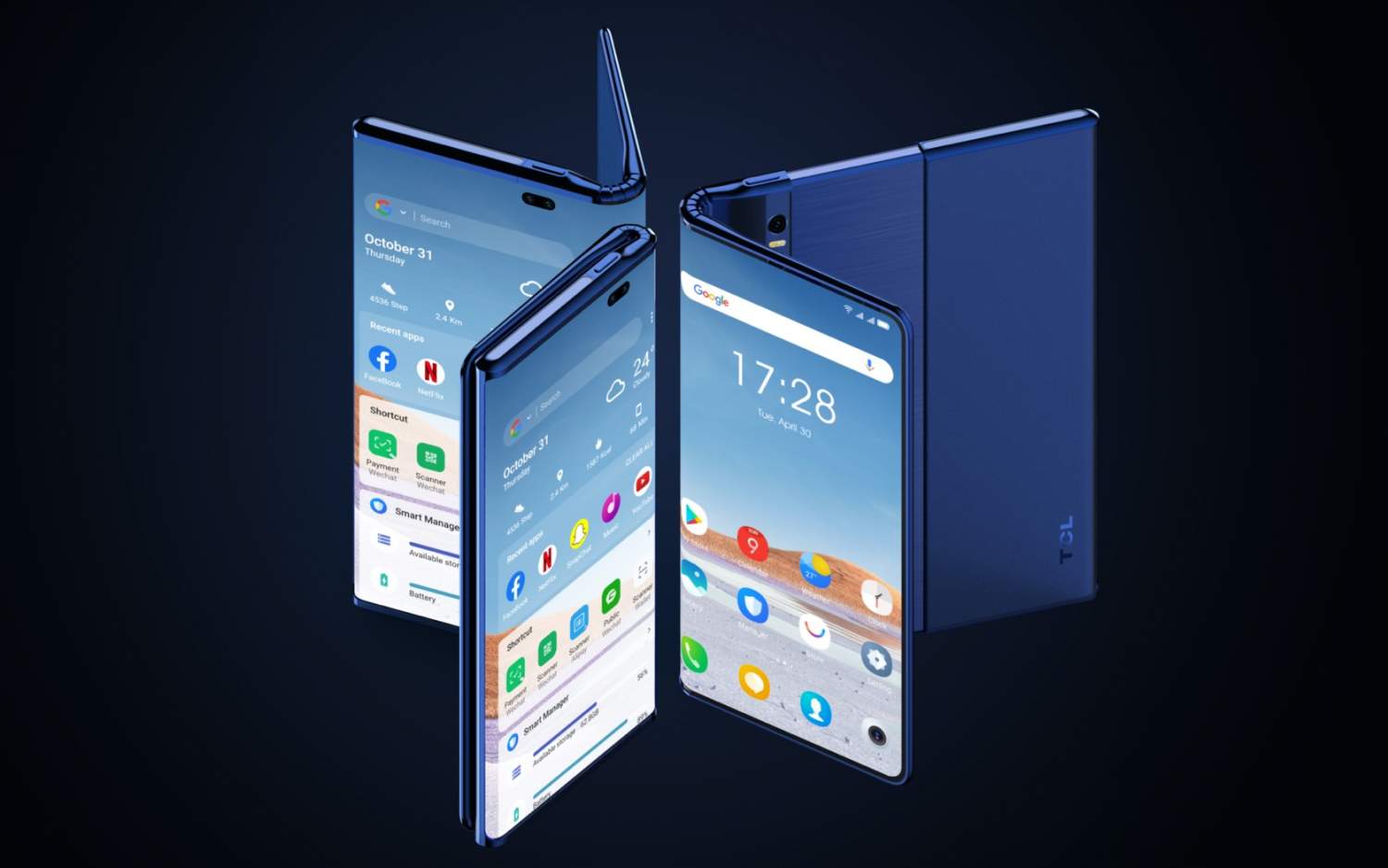 Earlier this year, TCL took another stab at the problem with a rather unique solution. Instead of deciding between folding or rollable screens, why not use both to create the perfect all-in-one device? After all, one of the problems with today’s foldable phones is that they can’t be any larger than an almost square tablet without also making the folded phone form too large to be usable as a phone. Just ask the Microsoft Surface Duo if you doubt that.

The “Fold ‘n Roll” concept TCL presented involved a regular phone that folded outward like the Huawei Mate X. Once unfolded, however, it slides out to one side to create a more traditional tablet form factor that’s wider than a Galaxy Z Fold 3 or even the Huawei Mate X2. On the one hand, that does take care of the size problem, but it also probably introduces others as well.

TCL at least believes in that vision since it even tried to create a working prototype shown above. Called “Fold and Slide” by the source, the prototype transforms from what looks like a traditional phone into a 10-inch tablet, just as many futurists envisioned mobile devices of the future. That panel is reported to have a high 5120 x 1440 resolution and can even achieve 240Hz peak refresh rates.

This ideal design, however, also raises important considerations, like the wear and tear that’s being put on a screen that not only folds but also rolls. It also seems to require an “outie” fold, where the flexible screen will always be exposed on the outside, whether folded or unfolded. Huawei, the strongest proponent of that design, has given up on that for now, and it might be a long time before we actually see a flexible display strong enough for that.