Accessories company Targus has teamed with Samsung to launch a keyboard case for its new Galaxy Tab S6 Lite tablet. The model was launched in April as a mid-range offering, one that can be used for ordinary tablet activities in addition to sketching. That tablet doesn’t ship with a cover, but Samsung is offering a standalone option from Targus.

Targus announced the new keyboard case on Monday, stating that it made its new offering in collaboration with Samsung, which is exclusively selling the cover.

The Galaxy Tab S6 Lite gets laptop-like functionality with this keyboard, at least as far as typing is concerned — it’s not a competitor to Apple’s new Magic Keyboard for the iPad Pro.

The full QWERTY keyboard is part of a case that features two viewing angles, a magnetic stand, as well as a magnetic holder for the S Pen stylus that is shipped with the Galaxy Tab S6 Lite. The keyboard automatically shuts off after 10 minutes to preserve battery life; it also features a sleep/wake functionality so that the tablet automatically turns on and off when the case is opened and closed. 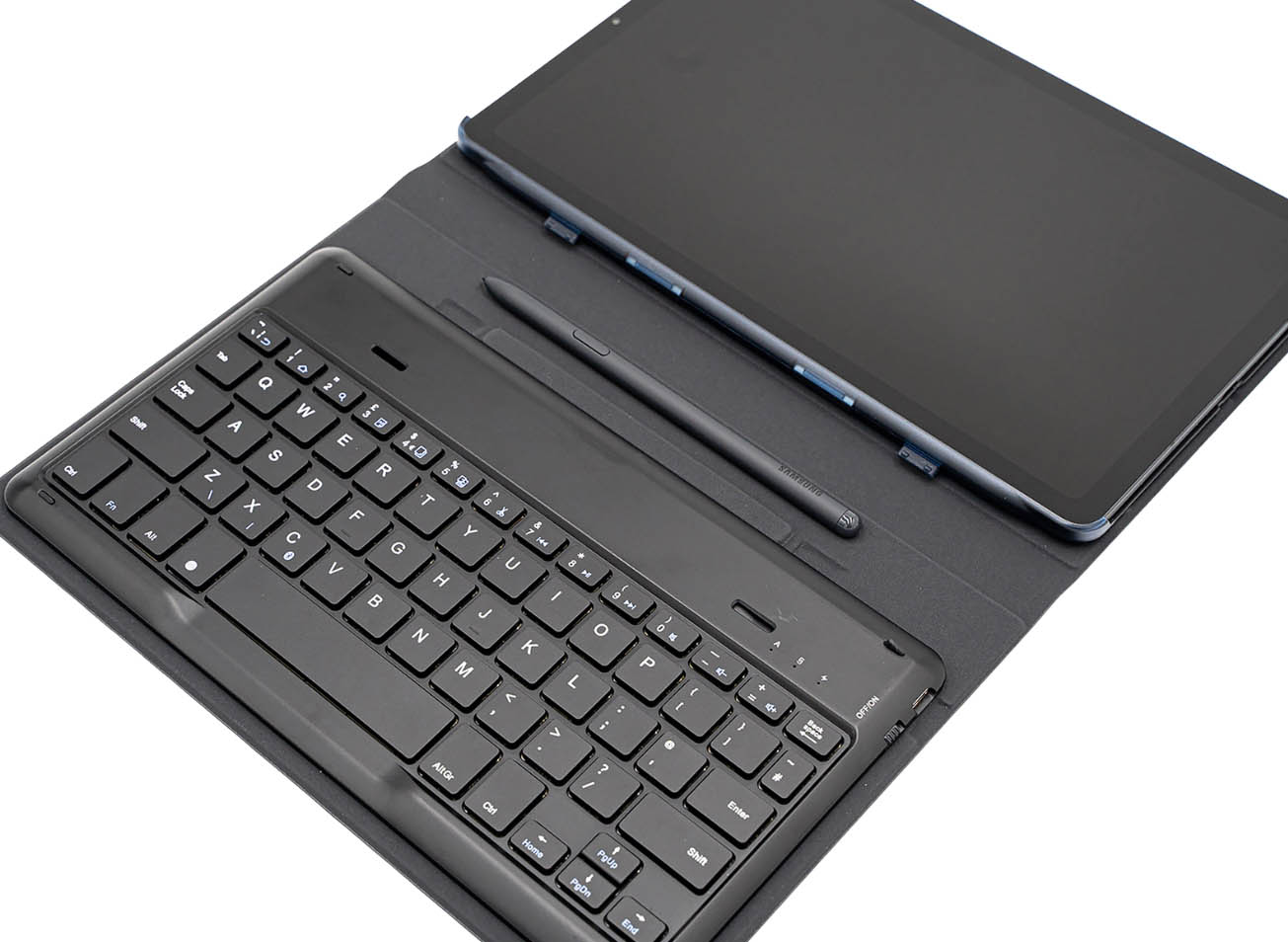 The keyboard connects with the tablet using Bluetooth 5.0; it offers up to 100 hours of use when fully charged, according to Targus, which says that the battery retains its charge for up to 120 days when in standby mode. The model is being sold through Samsung now for $99.99 USD.