It may be OnePlus’ time under the spotlight today with the launch of the OnePlus 8 and OnePlus 8 Pro but that doesn’t mean there are no other new products that came out at the same time. Given its mid-range status, however, it’s not exactly surprising that Samsung didn’t make a big splash about the Galaxy Tab S6 Lite’s official reveal. And while the exact availability date is still unknown, the Indonesian product page at least confirms what to expect when it does.

There’s no denying that the Galaxy Tab S6 Lite is a mid-range slate but, to be honest, it doesn’t really fall that far from the Galaxy Tab S6 tree. The most telltale signs are its unnamed octa-core processor, probably an Exynos 9611, and its 4 GB of RAM and 64 GB of storage. The Galaxy Tab S6, in comparison, ran on a Snapdragon 855 with 6 GB of memory.

The 10.4-inch screen, not 10.5 inches like its more premium namesake, does boast of an odd 2000×1200 resolution that is plenty for Full HD content. The large 7,040 mAh battery also supports those video watching activities.

The tablet’s key features, however, really lies in its S Pen, which thankfully ships with the Galaxy Tab S6 Lite at no extra cost. There is no silo for it, however, and you’ll need to buy a separate Book Cover that does have a compartment for the stylus. 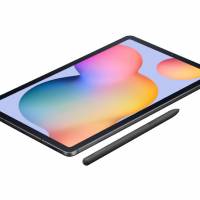 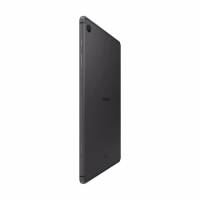 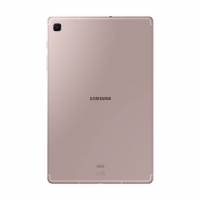 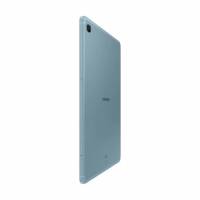 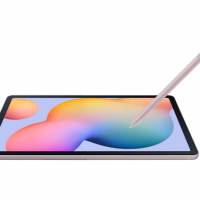 The listing doesn’t include when the Galaxy Tab S6 Lite will go on sale or for how much. The Wi-Fi model is believed to cost 379 EUR while the LTE version pushes the price up to 439 EUR. Like the Galaxy Tab S6, the Lite model will come in color options of Oxford Gray, Agora Blue, and Chiffon Pink.