What do tablets and PCs have in common? Both of them are being considered as dead markets. Of course, that could simply be an exaggeration but what may be true is that they are being buried by smartphones. That and we desperately need to stop lumping desktops and laptops under on “PC” heading. Because according to a recent US government survey, tablets have just surpassed desktops PCs as the most used device to access the Internet. Both, of course, fall way below laptops, also considered PCs.

The National Telecommunications and Information Administration (NTIA) recently conducted a survey meant to study how much Americans use the Internet, what devices they use to access it, and what mode of connection they prefer. It is primarily meant to look at the digital divide that exists between ethnicities and income levels and, at least according to the survey, that divide is, fortunately, starting to narrow.

The study also asked the respondents about the devices they use to access the Internet. Unsurprisingly, smartphones are the very top of the list, comprising 64% of the responses. That number rose from 53% in 2015. For the first time, tablets have surpassed desktop computers, 32% to 30%, the latter of which has sunk from 34% in 2015. What’s rather surprising is that smart TVs and set-top boxes actually a higher rating than either those two. 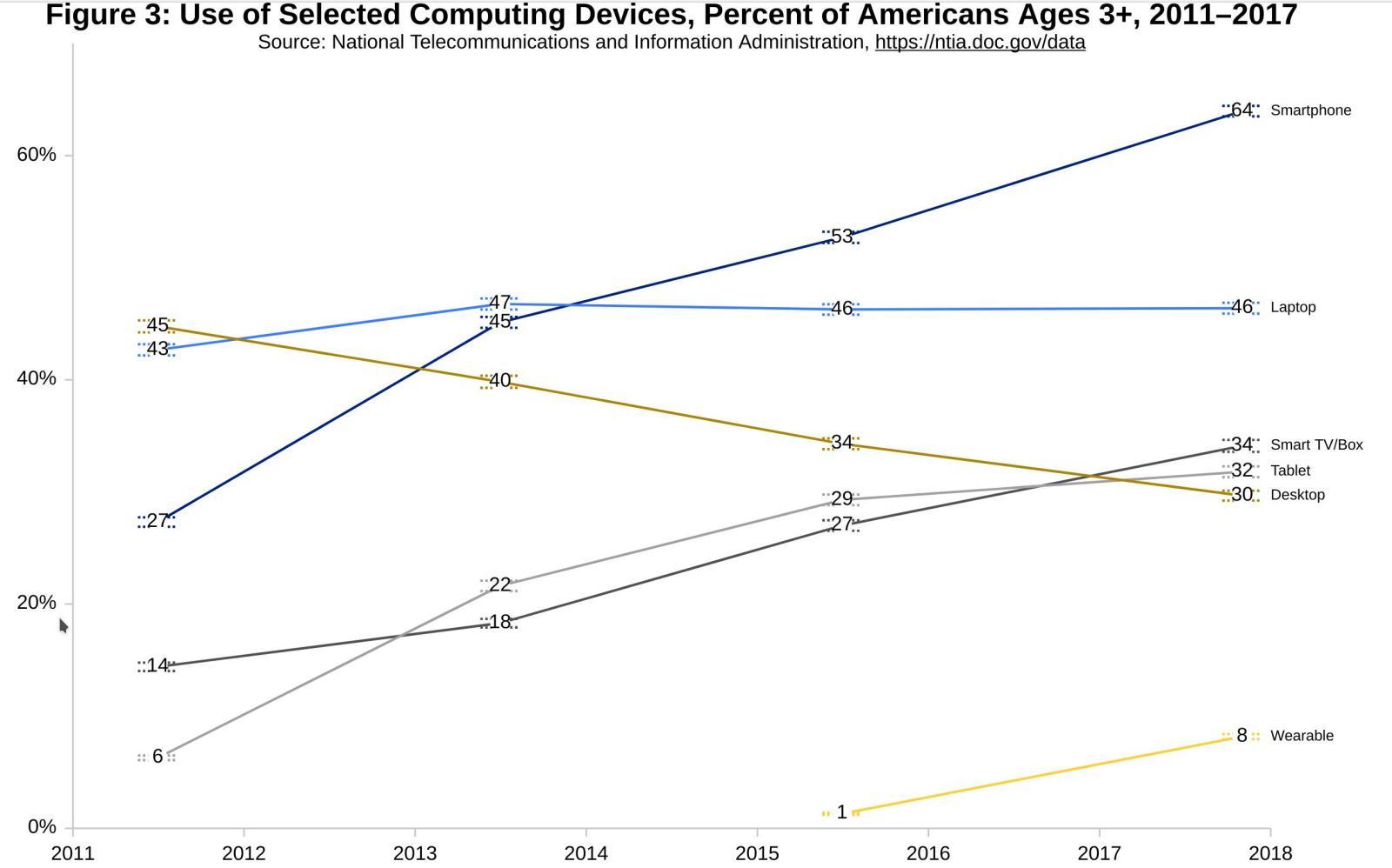 The numbers are really not unexpected given the shift in the consumer market. More and more people want to access the Internet anytime anywhere, and smartphones and tablets are designed exactly for that. Laptops are also conducive for on the go consumption to some extent, which is why they are a step higher than even tablets. With the shift towards convertibles and 2-in-1s, the line dividing the two could blur in the coming years.