A study on the Tyrannosaurus rex, one of the most widely-known and loved dinosaurs in our short history, shows that this beast had a magnificent set of chompers. T-rex is shown by paleontologist Dr Stephan Lautenschlager to possess a sustained muscle force for a wide range of jaw angles. T-rex and a couple of other theropod dinosaurs were studied, showing the maximal jaw gape of the beloved thunder-lizard’s jaw to be a whopping 63.5-inches. And that’s not even the widest a theropod’s jaw got. 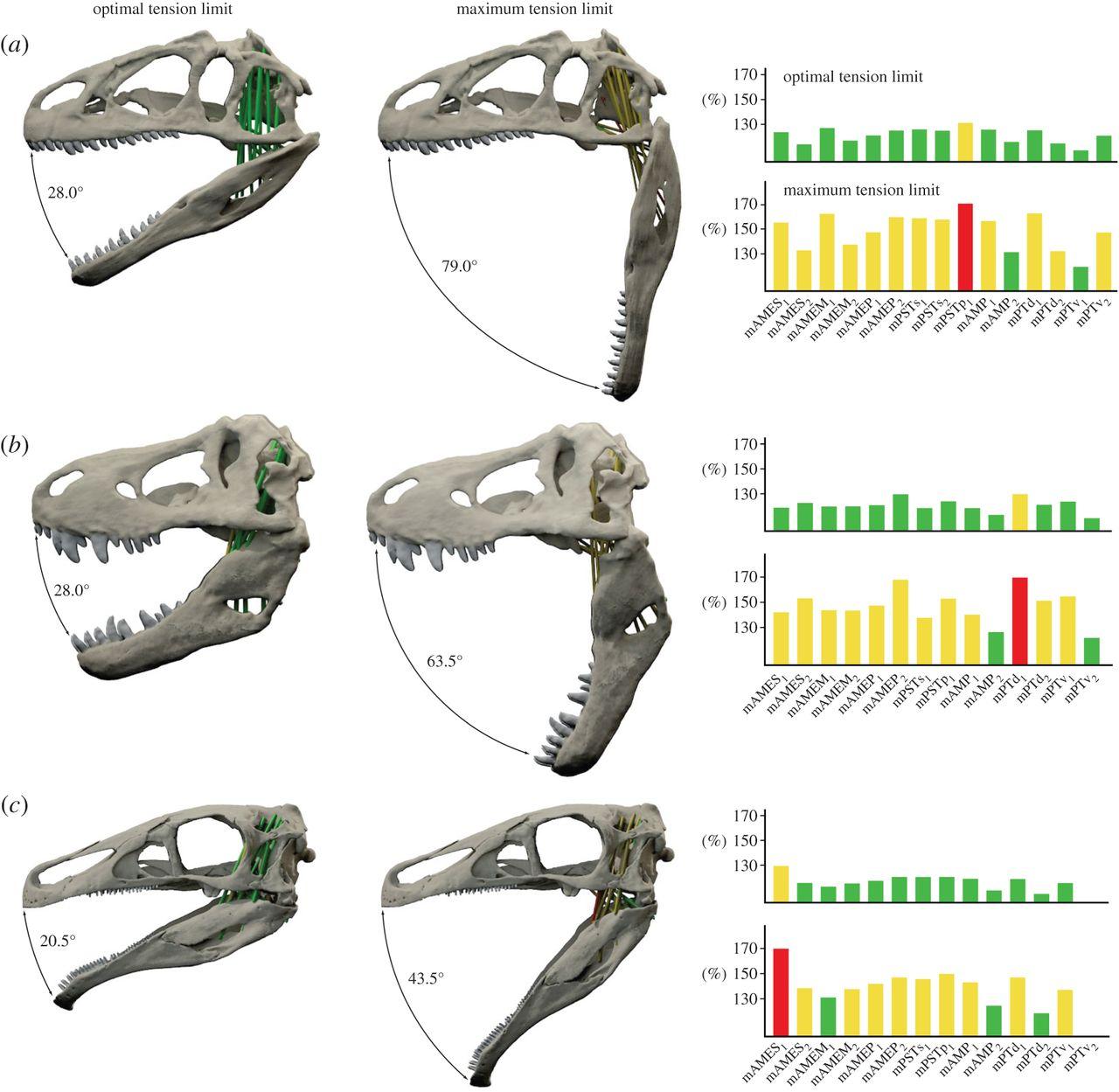 The figures above are more realistic than those below, if you consider the angle at which they’ve been projected. Above the angles are projected using a gap angle of 3-degrees. Below that angle is increased to 6-degrees. 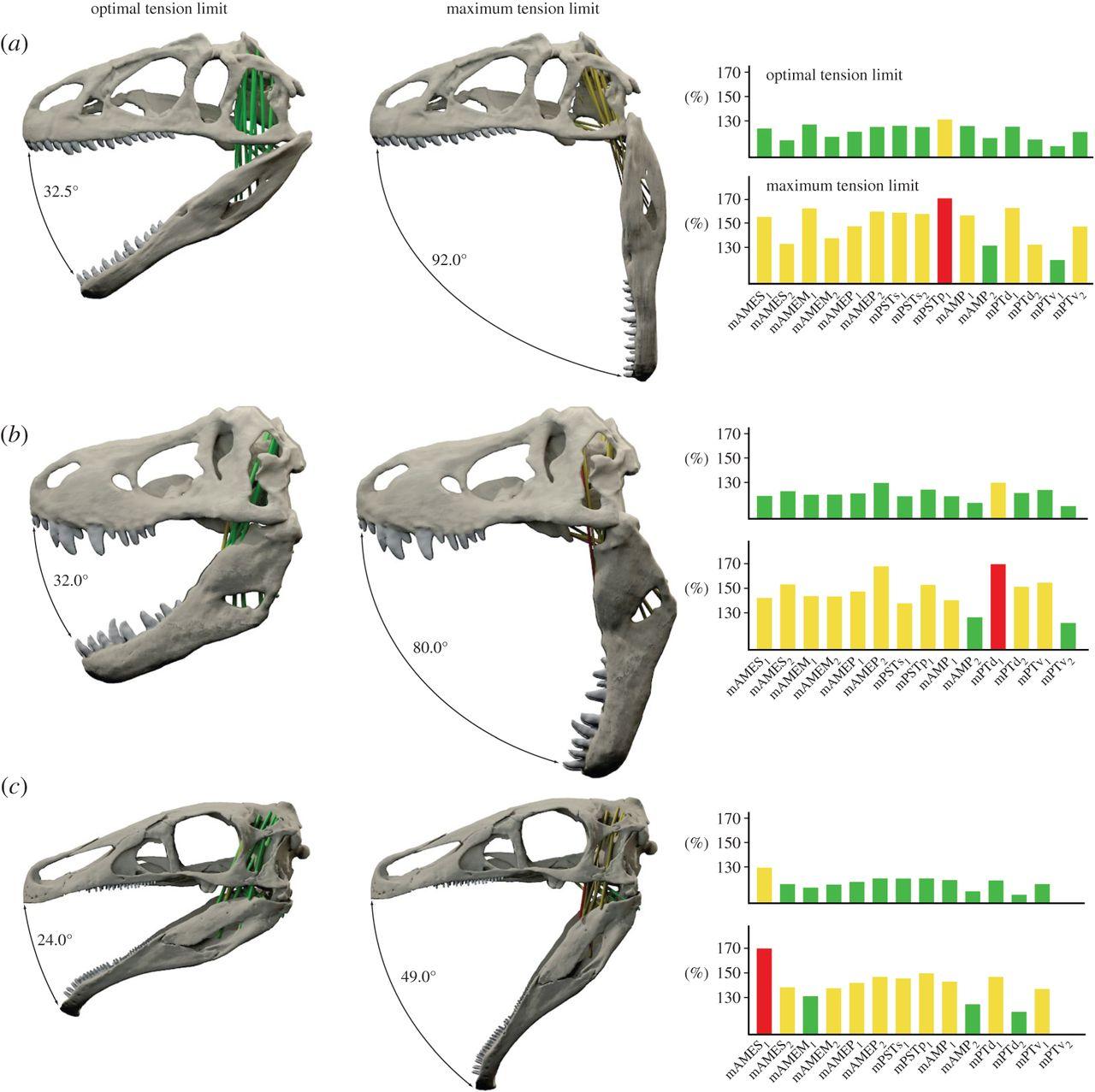 In the chart above you’ll see the same three dinosaurs, the first two meat-eating animals, the third a plant-eater. As you’ll find here, when placed on a “most extreme” case scenario plot, the maximum tension limits for the meat-eating dinosaurs is extreme. This is the sort of thing you see in Jurassic Park.

Dr Stephan Lautenschlager hopes that with the information found in this study, there may be the possibility to a “hypothesis testing approach” which could show the likelihood of different muscle reconstruction as well as myological configurations and interactions. With this information, newly accurate 3D models of dinosaurs could very well be made in the near future.