T-Mobile “JUMP” unlimited upgrades and what it means for consumers

When you sit down and read the rules involved in the current web of oddities known as smartphone contracts, it’s easy to find surprisingly complex ins and outs. T-Mobile has suggested several times over the past several months that they will be aiming to take an axe to tradition, making way for their own, much more “consumer friendly” rules. Here with what they’re calling “Jump”, T-Mobile says they’ll be turning the upgrade process on its head, allowing consumers to upgrade from their current smartphone to a new phone with the same prices a new customer would pay.

Of course it makes sense – if you’ve got a T-Mobile phone with one of their current new-age plans, you’re not paying a subsidized price for a smartphone. You pay an up-front cost then a monthly cost to pay off the rest of the smartphone. While other carriers include this monthly cost in with the data and voice plans they’re attached to, T-Mobile shows the cost clearly, this cost disappearing once the phone is payed off.

When “Jump” is brought to the market, the obvious becomes true.

Switching from one phone to another with T-Mobile will cost the same as it very well should, sensibly, given the company’s current rule set. 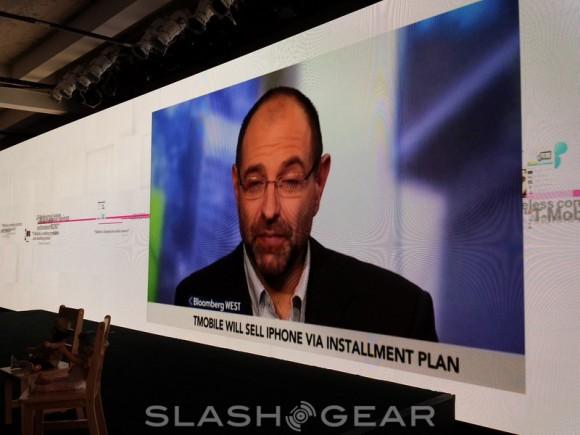 Approach 1. A new customer gets the cost of the device as advertised, X amount attached to a 2-year contract with Y cost rolled in on the monthly data cost.

Approach 2. A customer that’s currently inside a 2-year contract, currently under contract as they are, must pay an additional cost to get out of that first contract and into another – the full “unsubsidized” price of the new smartphone, that is.

With T-Mobile there’s also a cost you may want to consider: the cost of the first phone. No matter what you do, once you’ve been locked in with the phone you’re purchasing, you’re still responsible for the full cost of the phone. I

f you’re switching over to a new phone and still intend on only paying T-Mobile for one line of service, the original phone must still be paid for in full. Switching to a new device still means you’re paying the full cost of the phone (though the final cost may be ever-so-slightly different from AT&T or Verizon’s “unsubsidized” price) – so there’s no good reason for T-Mobile to penalize you for wanting to jump in on another purchase, is there?

Also note – this upgrade system only works twice per year, so if you’re planning on upgrading every time you see a new device – think again!