One of the most anticipated features in iOS 8 is third-party keyboard support, and Android favorite SwiftKey has wasted no time in readying its learning layout for the iPhone. Using the predictive technologies that made it such a hit on Google’s OS, SwiftKey for iPhone can also prove smarter out of the gate, thanks to cross-platform sync. We’ve been playing with the pre-release beta; read on for our review.

If you’re unfamiliar with SwiftKey, a quick primer. Released first for Android, which has long supported customizable keyboards, it differentiates itself with its swiping text entry mechanism. Rather than having to hunt & peck each key, you slide your finger across the ‘board and the predictive system tries to figure out what you’re spelling. 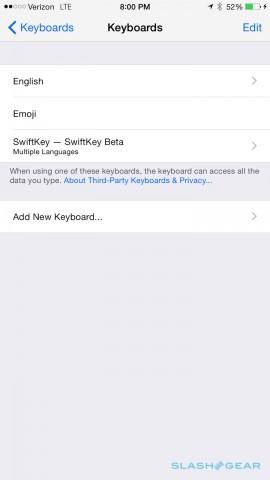 It’s not so unique a method these days – Google even has a similar system for the default Android keyboard now – but it’s still one of the best implementations around. Helping distinguish it is the learning abilities, with the keyboard not only relying on the core algorithm but also on your past typing to figure out what word you’re likely to be aiming for.

That past typing doesn’t need to have been on your current device, either. We were able to get a head-start from day one with the iOS 8 SwiftKey beta, because after logging in – you can use Google or Facebook accounts – the keyboard pulled our previous typing patterns from the cloud and gave itself an instant brain transplant.

The synchronization isn’t just when you first set up, either. SwiftKey constantly feeds the results of its learning algorithms back into the cloud, whereupon they’re shared with every device you type on. So, your Android tablet will benefit the more you type on your iPhone, and vice-versa. 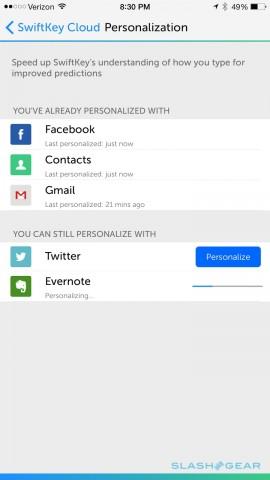 If you’re coming to SwiftKey fresh, it’s possible to teach the system in a different way. By giving it access to your Facebook, Contacts, Gmail, Twitter, and Evernote accounts, SwiftKey can work out your existing typing style and shape its predictions that way instead.

The result is a far smoother typing experience on the iPhone. We tested it on the iPhone 6, and found it to be significantly quicker even than Apple’s own updated keyboard that comes with iOS 8. SwiftKey’s autocomplete seems to have a slight edge over the pure Apple layout.

It’s not quite a straight swap with the regular iOS keyboard, however. Absent is voice dictation support, since Apple doesn’t allow third-party developers access to that API.

If you want to dictate to your iPhone, you’ll need to switch back to the regular Apple keyboard first. Still, you can do that easily by hitting the globe button on the keyboard.

Everything you need to know on iPhone 6 and iOS 8

If you’re curious, the barrier to testing is low. Swiftkey for iOS 8 will be available to download free from Wednesday morning. It’s offered for iPhone and iPod touch, though SwiftKey Flow, the gesture input system, won’t be compatible with iPad at launch. [Updated to clarify iPad features] 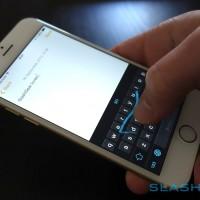 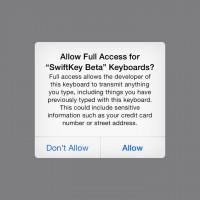 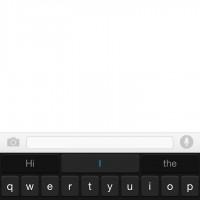 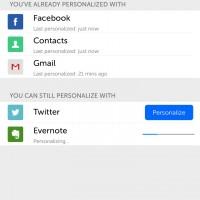 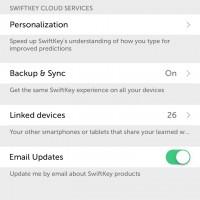 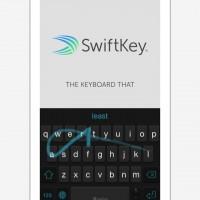 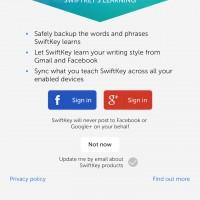 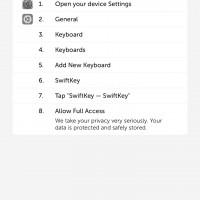 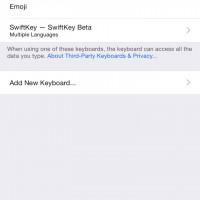