Historically speaking, the Surface Pro line has not been kind to the DIYers of the world. It seems that every time a new Surface Pro device comes out, iFixit tears it down only to discover that it isn’t user-repairable in any real sense. Encouragingly, the Surface Pro X appears to buck that particular trend, and though it’s far from perfect, it’s still much more repairable than the other devices in its family.

iFixit begins its teardown by accessing the user-removable SSD through the back of the device. Since the portion of the back panel covering the SSD is magnetically secured, iFixit only needs to use a SIM eject tool to get in, and then after that, it’s only a matter of removing the T3 screw that holds the SSD in place.

Perhaps even more surprising than the ease of removing the SSD is the fact that iFixit didn’t need to apply any heat to remove the Surface Pro X display. The display is held in place by an adhesive foam that can be easily cut through (and subsequently removed), which makes accessing the Surface Pro X’s internals something of a breeze. There are some flex cables that users will need to watch out for while slicing away at the foam, but all in all, getting the display off the Surface Pro X is an easier task than it is with most tablets. 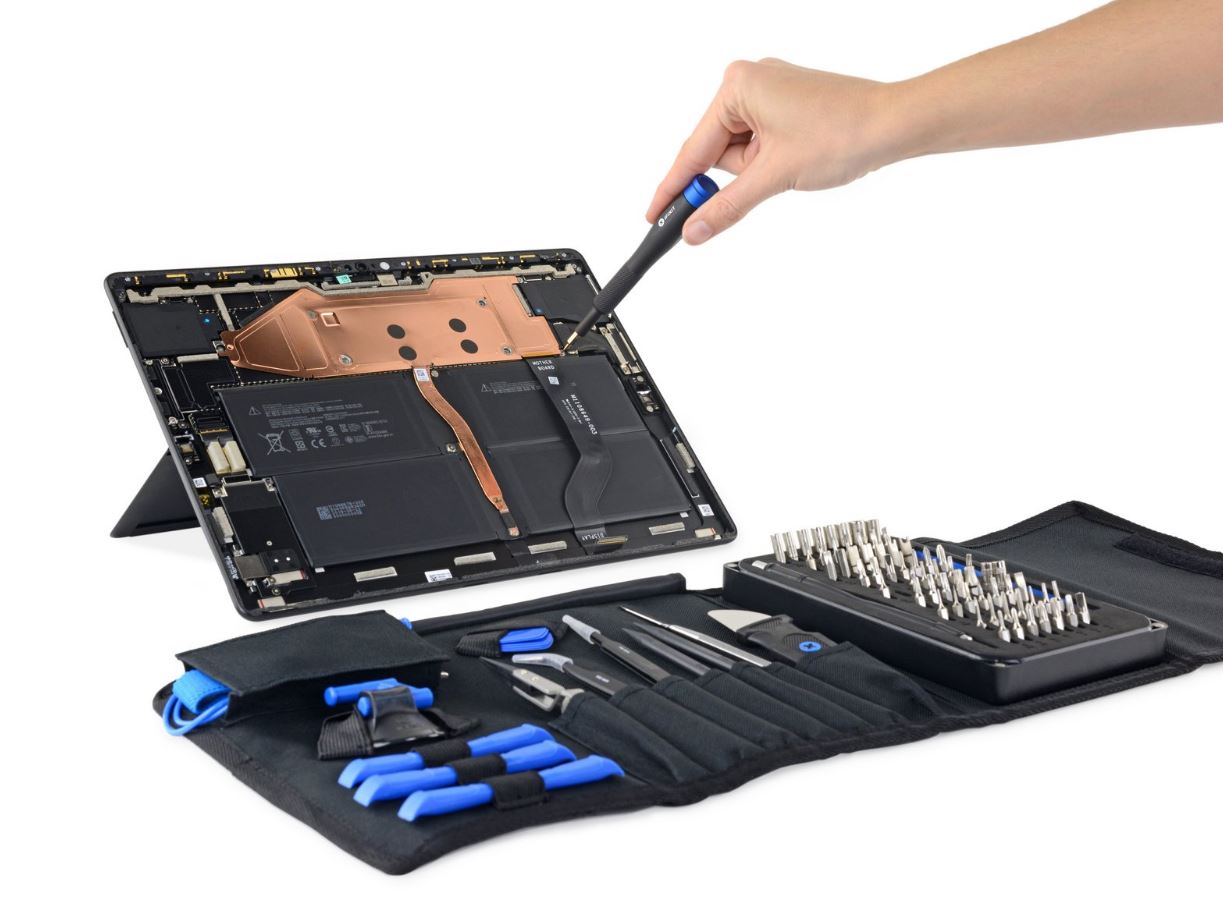 Removing the heat sink and shielding allows iFixit to get the motherboard out in the open. In terms of notable silicon, the motherboard is home to Microsoft’s SQ1 ARM processor, 8GB of LPDDR4x RAM from SK Hynix, and Qualcomm’s SDR8150 RF transceiver and modem. The back side of the motherboard doesn’t have very much going on, aside from a jumper wire that iFixit suspects could be a shielded diversity antenna.

While most the teardown has gone rather smoothly, iFixit decides to leave quad-cell 38.2 Wh battery where it is, knowing that it’s firmly glued in place. So, it sounds like even though the process of getting in and removing many components is fairly easy, battery repairs are still going to be a hassle, and that’s a problem when the battery is bound to be a common point of failure. 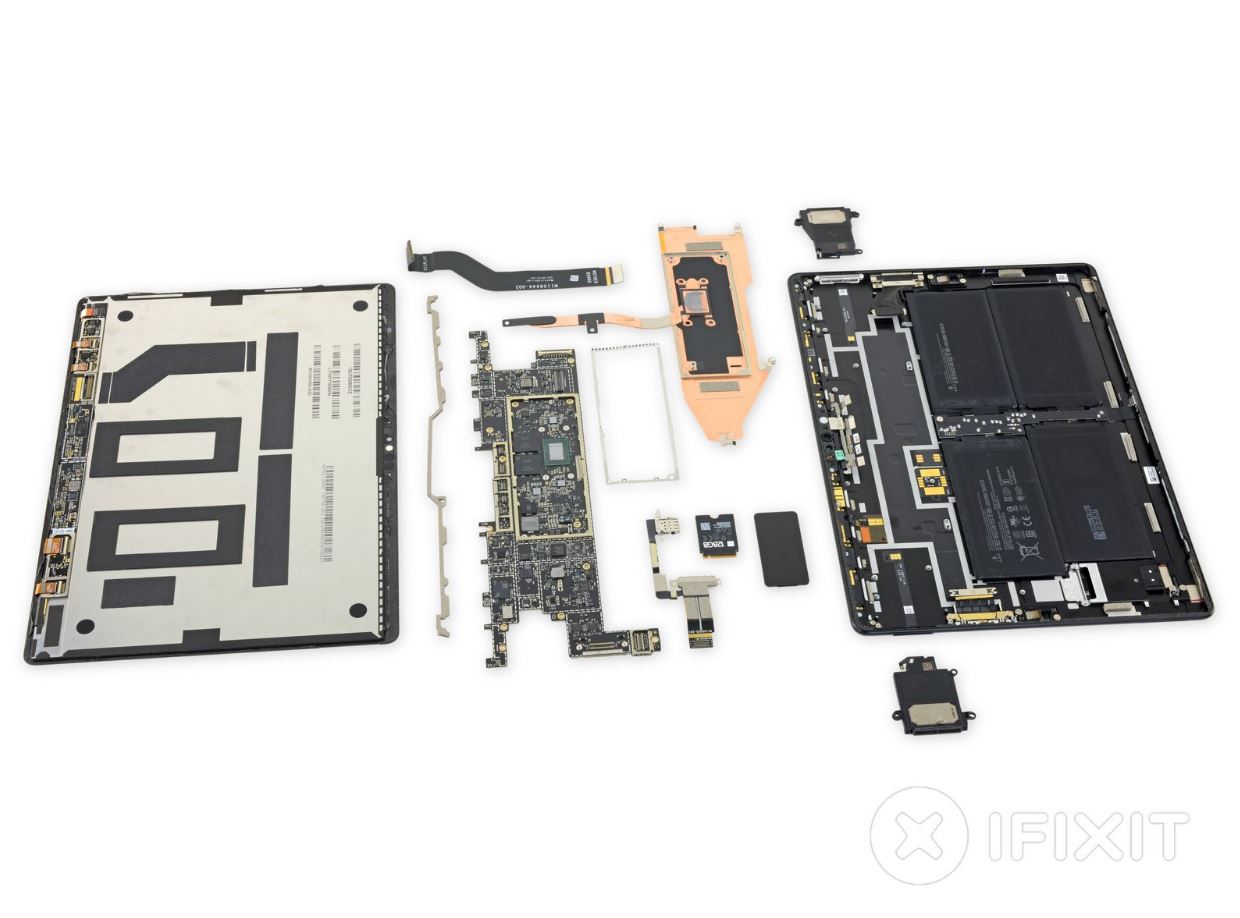 In the end, iFixit gives the Surface Pro X a repairability score of 6 out of 10 – not perfect, but much better than 1/10 and 2/10 scores we’re used to seeing for Surface Pro devices. The Surface Pro X earns points thanks to its removable SSD and because of the fact that a number of components are modular.

On the other hand, the battery is a pain to remove as it’s both glued in place and requires almost a full teardown to access, while the display also needs to be removed in order to perform most repairs. Be sure to read through iFixit’s full teardown of the Surface Pro X, because it should prove very illuminating for those who are planning to buy and maintain one of these devices on their own.