Today the Surface Pro 7 was revealed at a special event in New York City. This is the seventh iteration of the highest-end Surface machine – convertabe tablet, that is. This device isn’t particularly different – on the surface level, anyway – than its predecessors, but it’s part of a collection of devices that’s aimed at being a radically new approach to computing products from Microsoft.

The Surface Pro 7 doesn’t make many major changes to its predecessors in the realm of industrial design. It’s still a tablet with a hinge at its back that folds out to allow a variety of different angles at which it can be used. The device still has a single four-square, reflective Windows logo with a color that’s analogous to its main body tone.

At the head of this machine you’ll find a volume rocker and a single power button – both standard, physical buttons. On the right side you’ll find a single full-sized USB port as well as a USB-C port. This side also sports its own SD card port for SD card reading and data storage. 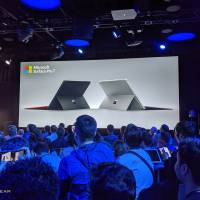 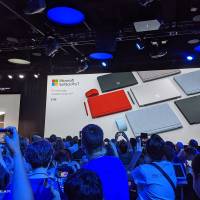 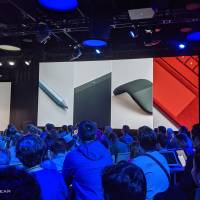 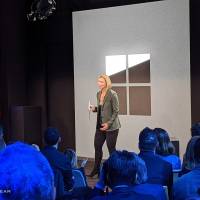 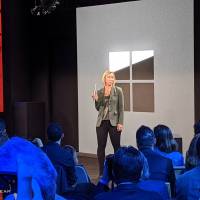 The right side has another card port where we’ll likely see an eventual SIM card compatibility. This device will launch in its wi-fi configuration first. Along the bottom is a smart pogo-pin connector array where a variety of smart keyboards and other accessories can connect magnetically.

The back of the device has a single camera and a single visible mic hole. Much like previous Surface Pro devices, this machine’s focus is not on camera quality – though it does have a camera both on its back and up front for video chat and the like.

The front of the device has Microsoft’s latest “Studio Mic” technology – much like the rest of the Surface devices revealed today.

This new device has fast charging – like the Surface Laptop 3. It rolls with the latest type cover – and it comes in a deep magenta sort of red – you decide the color when we get our hands on the device later today – stay tuned! UPDATE: This device will be available starting at $749 in October, 2019.