With the “lowest latency in the industry,” according to Corporate vice president of Surface Computing at Microsoft Panos Panay, Surface Pro 3 can take notes quickly. Better than that, clicking the back and of the pen included with the Surface Pro 3 launches Microsoft OneNote in an instant, even if the device is “off.”

As you’ll see in the image above, that back end of the pen included with Surface Pro 3 is going to be important. The ability to take that pen out and write down a note on a piece of paper is still better than writing on a tablet – unless you can write it instantly. 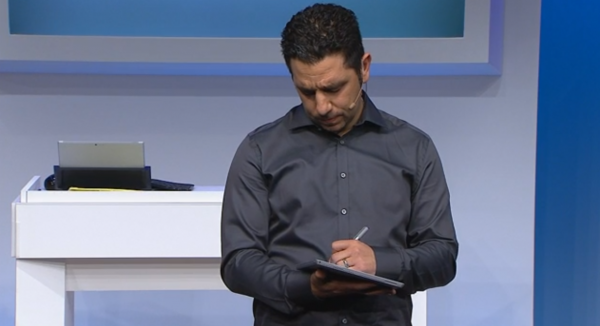 This device also works with instant syncing of data. Demonstrated by Panay onstage, you can take a photo, write a note, and save – it’ll be saved to the cloud and accessible by every device you’ve got with Windows 8 or Windows Phone 8. 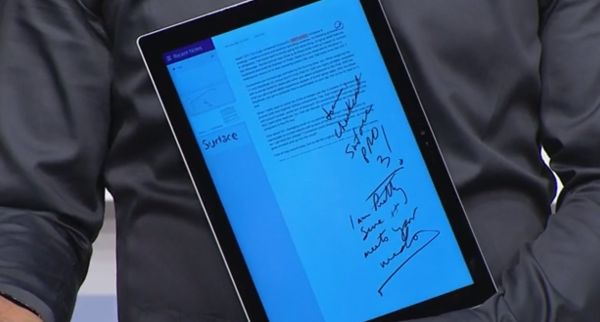 One click of the Surface Pen will open OneNote, and two clicks will save that note to OneDrive. Opening your camera app and clicking the pen will result in a capture, one that you’ll then be able to write a note on and save to OneDrive. 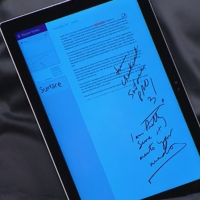 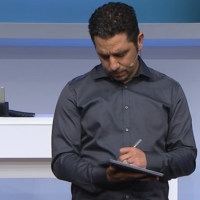 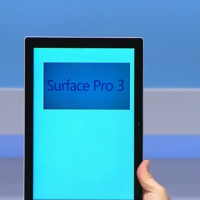 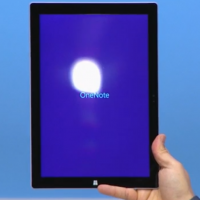 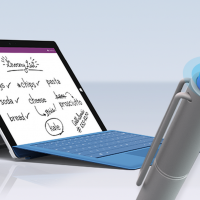 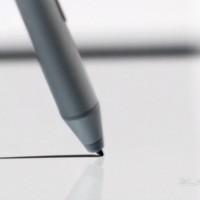 Essentially this means that Microsoft got the message about instant open and save and they’ve gone all-in. Samsung Galaxy Note might need to check in and do a battle sooner than later.